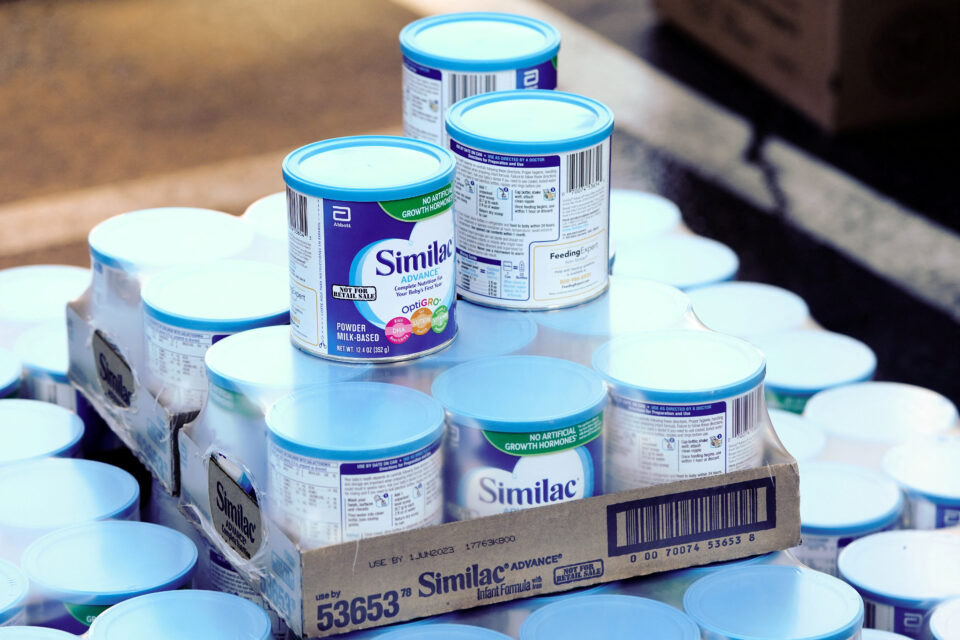 Aug 27 (Reuters) – Abbott Laboratories (ABT.N) has restarted production of its Similac infant formula at the plant in Sturgis, Michigan at the center of the U.S. baby formula shortage.

Abbott, the biggest U.S. supplier of baby formula, in February recalled Similac and other infant formula products produced at the Michigan facility after reports of bacterial infections in babies who had consumed products that originated there. read more

The plant shutdown and subsequent product recall deepened a supply shortage in a nation where less than half of babies are exclusively breast-fed through their first three months, according to federal data from 2020.

To address the serious shortage, U.S. health regulators relaxed import policies and flew in millions of cans of emergency supplies from companies such as Nestle SA (NESN.S) and Reckitt Benckiser

Abbott briefly reopened the Michigan plant early last month, but had to shutter it again after about two weeks due to damage caused by heavy rains and flooding. read more

Abbott, in a statement on Friday, said as Similac enters into production, it will take about six weeks for the product to begin shipping to retail locations.

“We know that the nationwide infant formula shortage has been difficult for the families we serve, and while restarting Similac production in Michigan is an important milestone, we won’t rest until this product is back on shelves,” Abbott Chief Executive Robert Ford said in a statement.

In July, the company said it expects to begin releasing EleCare formula from its Sturgis plant after production of it and other specialty formulas restarted last month. read more

The company also said it would extend rebates offered on competitive products until Oct. 31 for participants in the government's Women, Infants, and Children (WIC) program in states where Abbott holds the contract if Similac is unavailable. read more