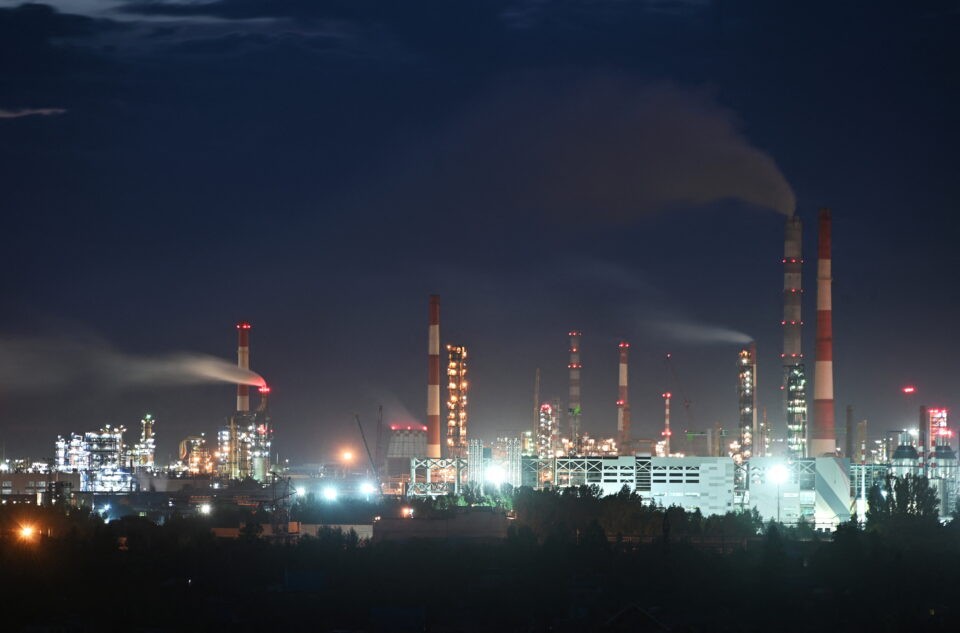 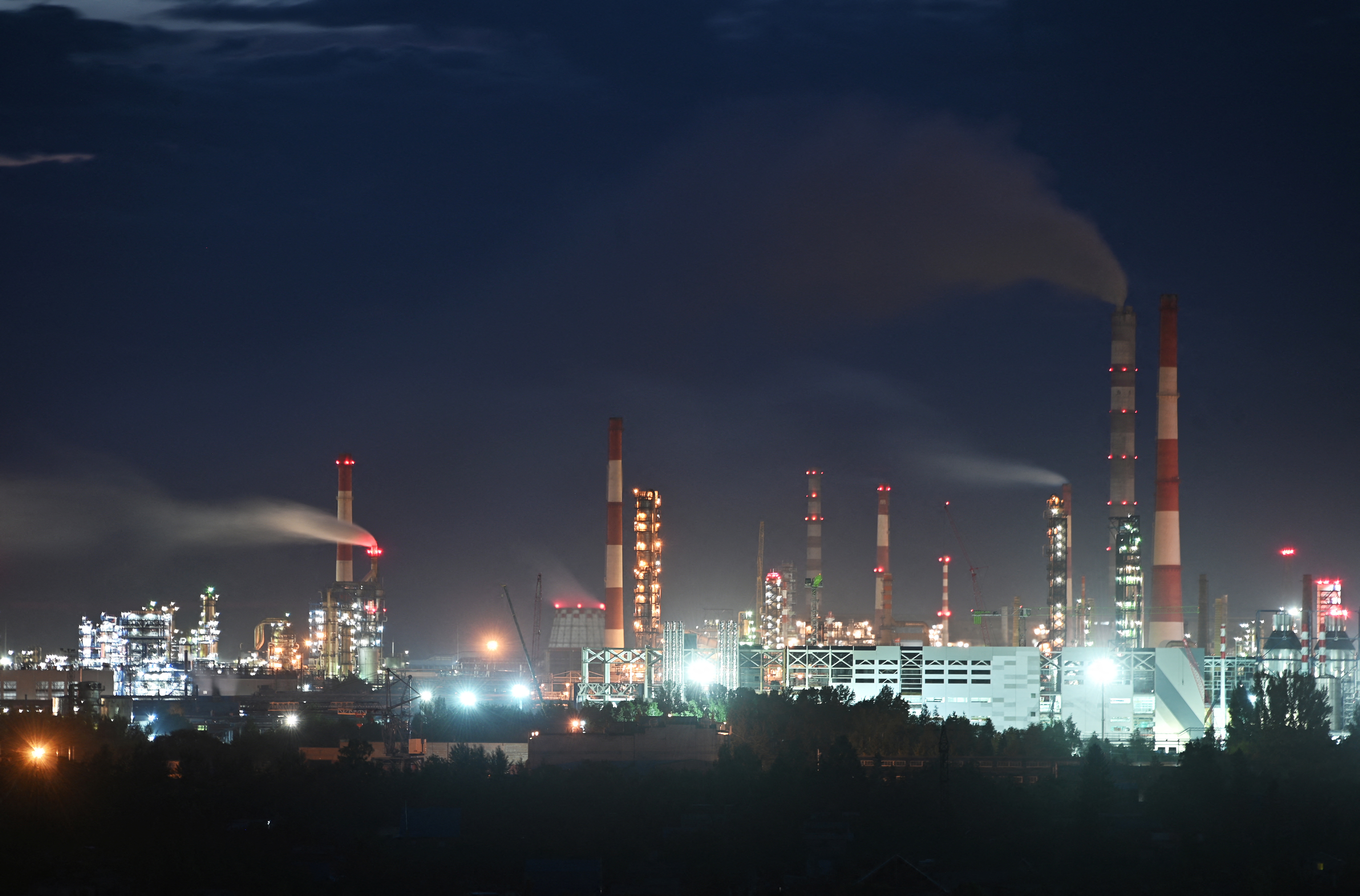 MOSCOW, Dec 2 (Reuters) – Russian oil output could fall by 500,000 to 1 million barrels per day (bpd) early in 2023 after the European Union imposes a ban on seaborne imports from Monday, two sources at major Russian producers said.

The estimate is at the lower end of market analysts' forecasts of the combined impact of the ban and a proposed price cap on Russian oil, although the sources said the true level would depend on several factors yet to be settled.

They requested anonymity to discuss sensitive market dynamics connected with the conflict in Ukraine that Russia calls a "special military operation".

Alexei Kokin of Otkritie brokerage broadly agreed with their assessment of the likely impact of Western measures on Russian output.

"It's roughly the same as the volume of seaborne supplies to the EU in recent weeks," he said. "I don't think they (Russian producers) will be able to divert that elsewhere."

The West wants to squeeze Russia's finances to reduce its ability to fund the conflict.

Exports of crude, gas and oil products account for the majority of Russia's revenues, which have stayed high as disruption to production and sales following Western sanctions has been more than offset by high prices on international markets.

Russia's budget revenues from oil and gas jumped by over a third in the first 10 months of the year.

Before the Ukraine conflict began on Feb. 24, Russia exported around 8 million bpd of oil and oil products.

The EU, its biggest buyer, cut purchases in response to the conflict, but Moscow successfully diverted supply to Asia and exports slipped only slightly to 7.6 million bpd.

Looking ahead to 2023, one of the main variables will be the ceiling G7 countries and the EU agree on importing Russian oil.

They are seeking to strike a difficult balance to limit Moscow's oil income while avoiding oil price shocks on international markets that surged around the time of Russia's "operation" but have more recently cooled.

Some of the biggest importers of Russian oil, including China and India, are not part of the initiative. Moscow has said it would not supply oil to those who participate.

It is also unclear whether shipping and insurance companies will be able to move Russian oil around the world that has been bought for more than the agreed ceiling.

Navigating that obstacle could take time and cause disruptions, some analysts said, although U.S. bank JPMorgan sees the impact of the cap as muted with Russia able to use its own ships and marshal China and India.

Others see a deeper impact.

Kirill Melnikov, analyst at the Centre for Energy Development, forecast a drop in Russian production of 1.0-1.5 million bpd in January compared with November levels.

The International Energy Agency expects Russian crude output to fall by 2 million bpd by the end of the first quarter, although that also takes into account an EU ban on Russian oil products that will come into effect on Feb. 5.

The more Russian oil that is lost to world markets, the greater the likely impact on prices. That could benefit Moscow and other major exporters and penalise consumers in the West who already face the highest inflation in decades, largely because of energy costs.

"Even if the drop in exports is greater than expected, the impact on the budget is offset by the rise in prices, so budget revenues are unlikely to suffer significantly," Igor Galaktionov of BCS Mir Investitsiy brokerage said.

EU governments on Thursday provisionally agreed to a price cap of $60 per barrel of Russian crude, with an adjustment mechanism to keep the ceiling 5% below market values.

G7 nations had earlier proposed a cap of $65-$70 per barrel, aound the current price of Russia's main export blend Urals, while Poland wanted it far lower at $30.

Urals, which used to be sold largely to European buyers, has fallen to a discount of around $23.50 per barrel versus dated Brent, the benchmark on the over the counter market, from a $2-$3 per barrel discount at the beginning of the year.

Dated Brent is priced at around $87, close to the level of international Brent futures .

"I think that the cap being discussed by the EU will be close to the price level at which Russia is currently selling oil, Alexei Gromov of the Moscow-based Institute for Energy and Finance Foundation said.

"If the price cap is around $60 per barrel, Russia will continue to export its oil comfortably."

Provided buyers refuse to pay more than the price cap, a limit of $60 would mean Russia would not benefit if international prices rise.

Already, Russia's revenues – and those of other oil producers – have fallen since the price cap was first proposed by the United States and other G7 countries in June, adding selling pressure on international oil markets weakened by the global economic outlook.

Were the price of Russian oil to fall to $45-$50 per barrel in 2023, Yevgeny Suvorov, economist at Centrocredit Bank, said Russia's budget would face a shortfall in the region of 2 trillion roubles ($32 billion).

Revenues are determined not just by the outright price of Russian crude but by the exchange rate at the time of sale.

If the rouble is relatively strong, as it is now, budget revenues in the local currency drop, making it harder for the finance ministry to balance the books.

The ministry's assumptions for next year's budget are for Russian oil to average $70.1 per barrel and an average exchange rate of 68.3 roubles per dollar. That compares with today's levels of around $65 and 61-62 roubles respectively.

Although the rouble has fallen recently, it is still well above the government's favoured range of 70-80 to the dollar, and Russian businesses have urged the central bank to build up reserves of Chinese yuan and weaken the local currency.

Beyond the price cap and European import ban, Russia's oil sector may also be affected by COVID-19 restrictions in China, an increasingly important buyer of its crude.

China has bought around 2 million bpd of Russian oil in recent months from 1.6-1.8 million bpd at the start of the year.

"Oil markets are going to continue to be buffeted by ongoing news out of China, given how much of an impact ongoing lockdowns are having on oil demand in the world's second-largest consumer," said Matt Smith, lead oil analyst at Kpler.