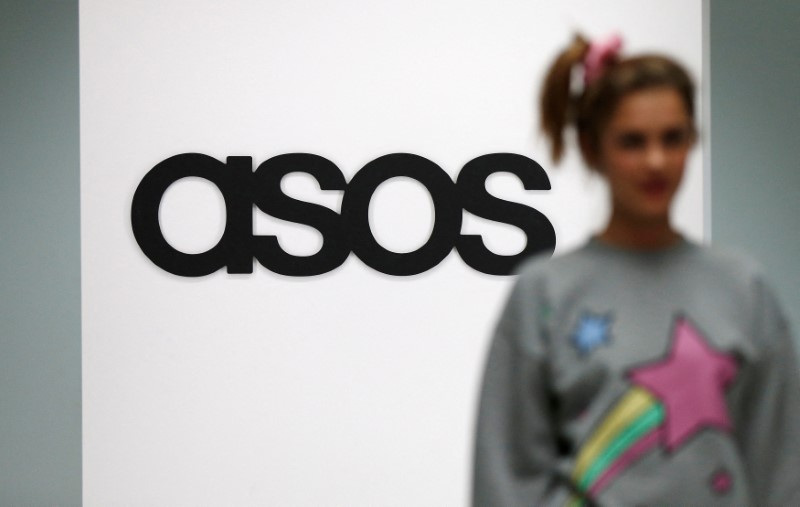 A model walks on an in-house catwalk at the ASOS headquarters in London, April 1, 2014. REUTERS/Suzanne Plunkett

LONDON, Oct 15 (Reuters) – British online fashion retailer ASOS (ASOS.L) is in talks with lenders to amend the terms of its 350 million pound ($391 million) borrowing facility, it said on Saturday.

"ASOS … confirms that it is in the final stages of agreeing an amendment to the future financial covenants in its revolving credit facility, which matures in July 2024," it said in a statement.

The retailer said the move would give it significantly increased financial flexibility, against an uncertain economic backdrop.

"ASOS retains a strong liquidity position and this is a prudent step in the current environment," it said.

The statement was issued after Sky News reported that ASOS had recently approached its lenders, including Barclays (BARC.L), HSBC (HSBA.L) and Lloyds Banking Group (LLOY.L), to amend its borrowing agreements.

Sky News said the lenders were lining up AlixPartners and law firm Clifford Chance to advise them on an "unfolding situation".

ASOS, which sells fashion to 20-somethings, was an early pandemic winner as locked-down consumers shopped online but has struggled as people returned to stores and its shares have slumped 78% so far this year.

It warned last month that it expected profit before tax in the year to Aug. 31 to be around the bottom end of its guidance of 20 million pounds to 60 million pounds after weaker than projected August sales.

It said the August shortfall reflected the impact of accelerating inflationary pressures on consumers and a slow start to autumn/winter shopping.

ASOS also forecast full-year net debt of about 150 million pounds, which was higher than previous guidance.

The Sky News report also said at least one major trade credit insurer which provides cover to ASOS's suppliers in the event of its failure to pay them is said to have decided to reduce its support.

"This happened towards the end of August and there has been no adverse impact on trading relationships with our suppliers," ASOS said in response.

ASOS is due to report full-year results on Wednesday.

RegisterReporting by Mrinmay Dey in Bengaluru and James Davey in London; Editing by Kirsten Donovan and David Clarke