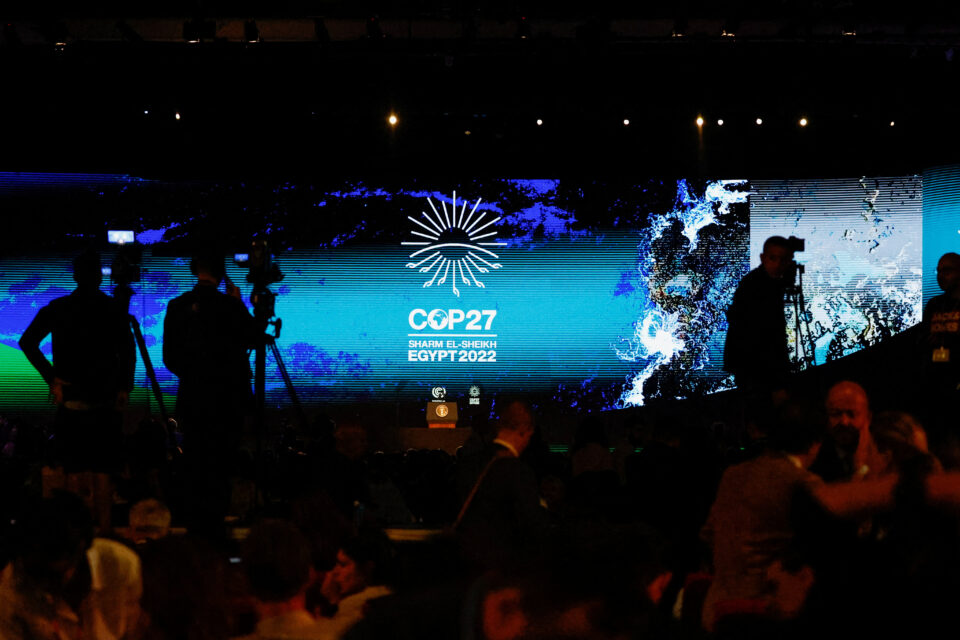 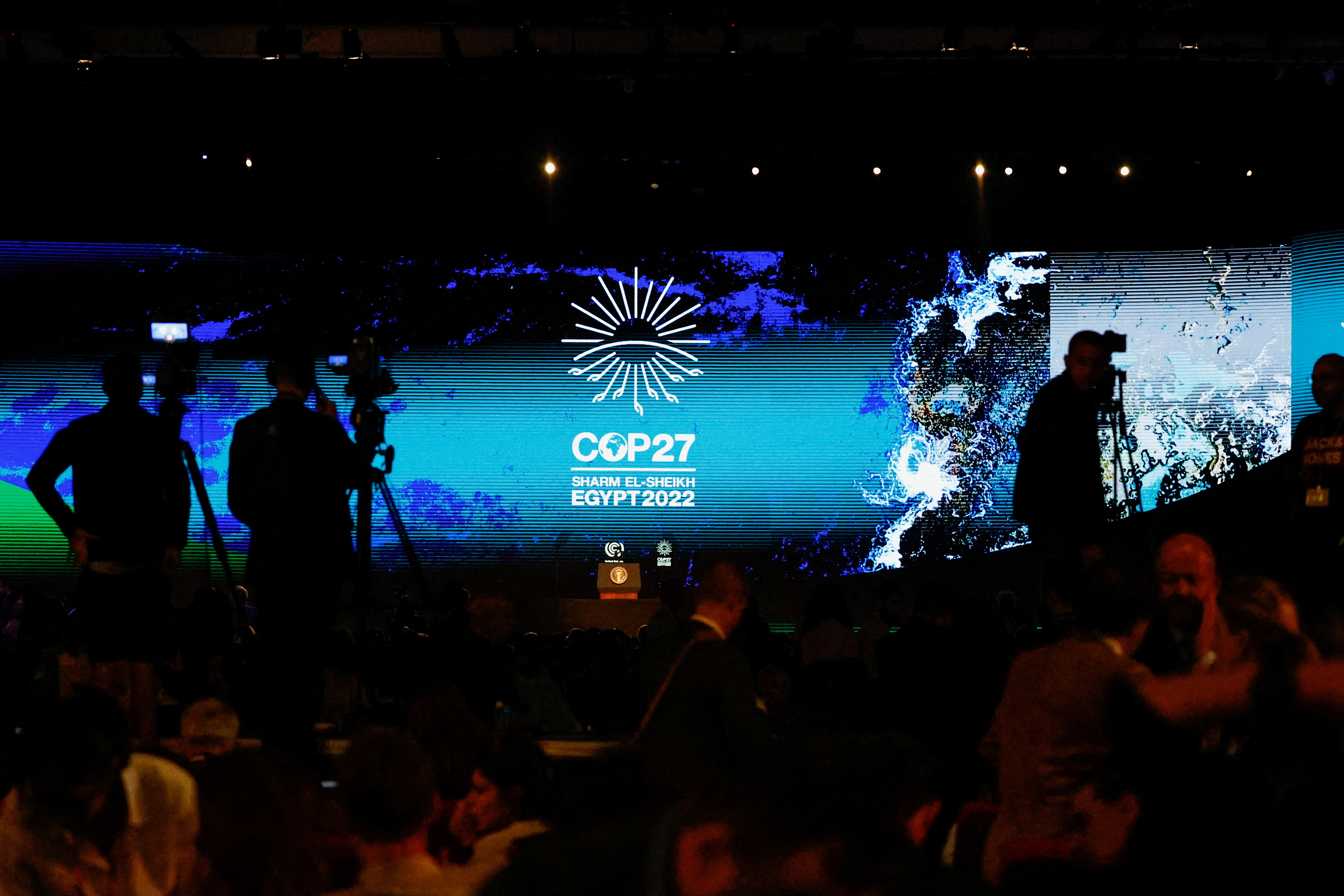 A view of a logo of the COP27 climate summit in Sharm el-Sheikh, Egypt, November 11, 2022. REUTERS/Mohamed Abd El Ghany

SHARM EL-SHEIKH, Egypt, Nov 12 (Reuters) – One week into this year's U.N. climate summit in Egypt, frustrations were starting to flare as negotiators worried about resolving myriad details in time for a deal by the summit's scheduled close on Friday.

With a long list of demands for COP27, country delegates said on Sunday there had been little progress so far on the technical details of how to deliver on deals and pledges made in previous years.

Those pledges include making steep cuts in climate-warming emissions within this decade and contributing to hundreds of billions of dollars needed each year by developing nations already struggling to cope with the impacts of climate change.

One frustrated senior negotiator, speaking on condition of anonymity, said the slow pace so far meant the second week of talks, being held in the Red Sea resort town of Sharm el-Sheikh, would be bogged down with too many unresolved agenda items.

That could also complicate the talks among government ministers on the so-called cover decisions – which make up the core political deal from the two-week summit.

COP27 featured no public events on Sunday, dubbed by organizers as a "day of rest," during which thousands of attendees hit the local beaches and tourist shops.

National negotiators, however, continued their work.

"There's just a lot to get done in five days," said Tom Evans, a policy analyst for the E3G non-profit think tank.

"We haven't seen huge solidarity between the developed and developing countries" but instead "disappointing commitments and action this year, which has dented trust."

This year's talks for the first time include the thorny issue of what is known in COP parlance as "loss and damage" – financial support for developing countries already being hit by climate-fueled disasters, such as floods or crop-withering drought.

For some countries, the outcome on funding will determine whether the summit has been a success.

"A lot needs to be done to ensure that the finance commitment is going to be new, additional, and accessible," Rwanda negotiator Ineza Umuhoza Grace said.

Developing nations have demanded that COP27 agree to launch a special fund to address loss and damage. The United States and other rich nations are wary of this idea, saying these rapid funds are better channeled through existing programs.

"Developing countries continue to push for the set up of a finance facility for loss and damage to make it fully operational by 2024," said one negotiator from Latin America, speaking on condition of anonymity due to the sensitivity of the talks.

He said there were worries that the issue was be stonewalled. The United States and European Union have blocked calls for a new fund in previous years, but the 27-country EU has said it is open to discussing the idea.

A Panamanian negotiator described the lack of progress in one eight-hour session on loss and damage as "outrageous," as delegates wrangled over the language in the preamble of an eight-page document.

"While developed countries continue to block progress on loss and damage, my home region of Azuero in Panama has been suffering from the worst flooding in our history," said the negotiator, Juan Carlos Monterrey, who is also vice chair for implementation at the U.N. climate agency, UNFCCC.

"Very poor people are losing everything. We don't demand charity, we demand justice."