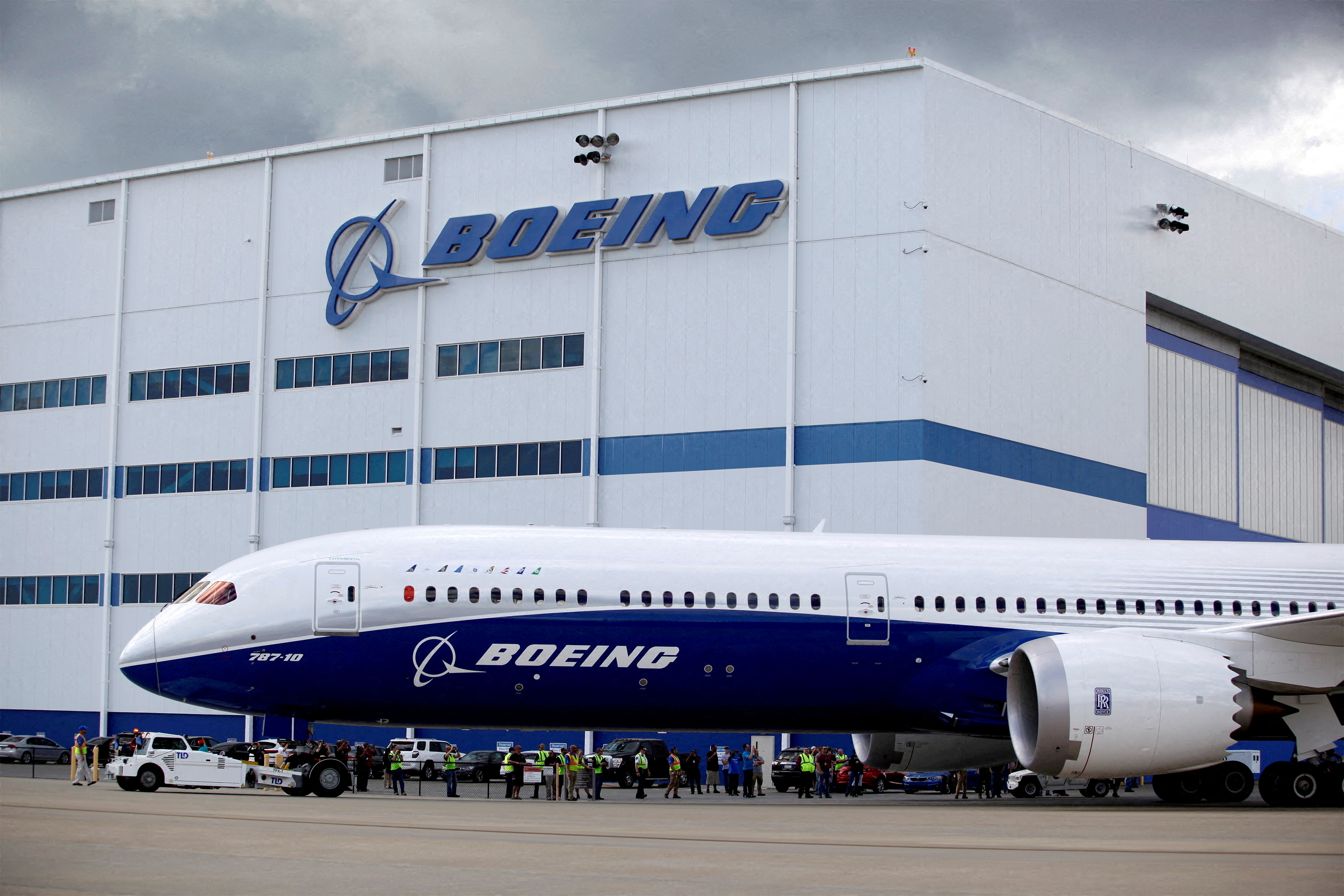 WASHINGTON, Nov 14 (Reuters) – Boeing Co (BA.N) said operators of its 787 Dreamliner jetliners have experienced paint peeling issues on wing and horizontal stabilizer surfaces due to ultraviolet radiation exposure, and asked U.S. regulators to approve its plan to address the issue.

The U.S. planemaker's interim fix involves repeated use of speed tape over affected areas. The company also wants the Federal Aviation Administration (FAA) to approve its plan to incorporate a layer of ultraviolet blocking black topcoat between the primer and the white topcoat.

"Even though the use of speed tape has no effect on the safety of the airplane, the public could perceive an unsafe condition when seeing tape on the wing surfaces," Boeing told the FAA in a regulatory filing made public on Monday.

Boeing said the "petition will address a fleet significant

maintenance issue that is creating a public perception of an unsafe condition as well as creating the potential for significant airplane downtime."

Some passengers have posted photos online of 787 wings with tape and raised concerns.

An FAA spokesperson said the agency "will carefully review the petition."

Boeing did not immediately comment but said in its filing the fix was needed in part because the "paint peeling issue requires the operators to repaint the wing and horizontal stabilizer at a much higher frequency." The FAA in August approved the first 787 for delivery since 2021. Boeing halted deliveries in May 2021 after the FAA raised concerns about its proposed inspection method.

Paint is also an issue at Boeing’s European rival Airbus (AIR.PA), which is locked in a $2 billion court dispute about damage to the surface of A350 jetliners.

Qatar Airways says cratered patches of loosely sticking paint exposed a sublayer of anti-lightning material, leaving it with gaps and patches of corrosion. Its regulator grounded 29 of the planes over what it labeled a potential safety risk.

That prompted the Gulf airline to seek hefty damages claims from Airbus, which says the groundings are invalid and that the planes are safe while acknowledging quality flaws.