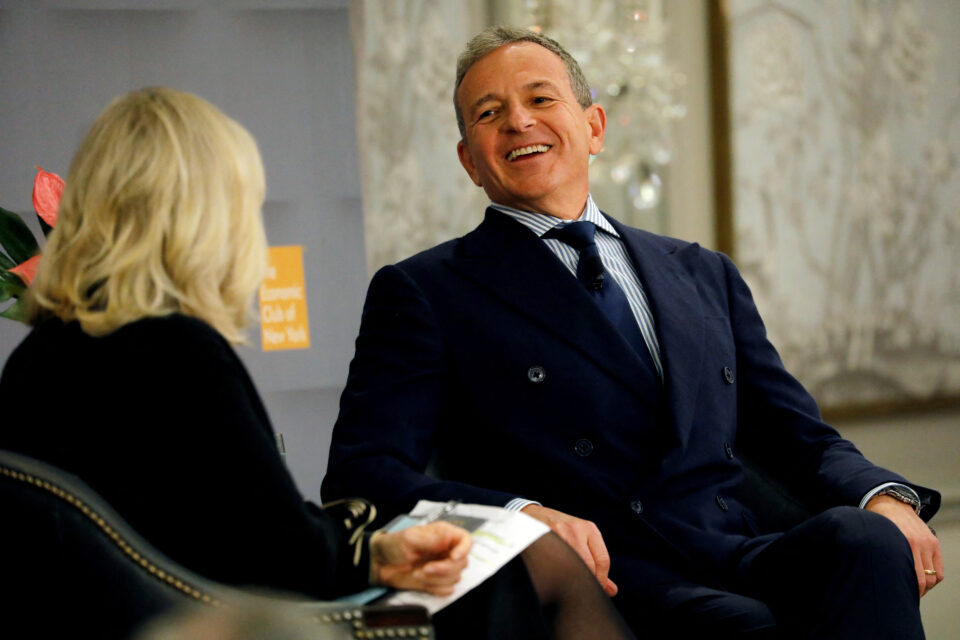 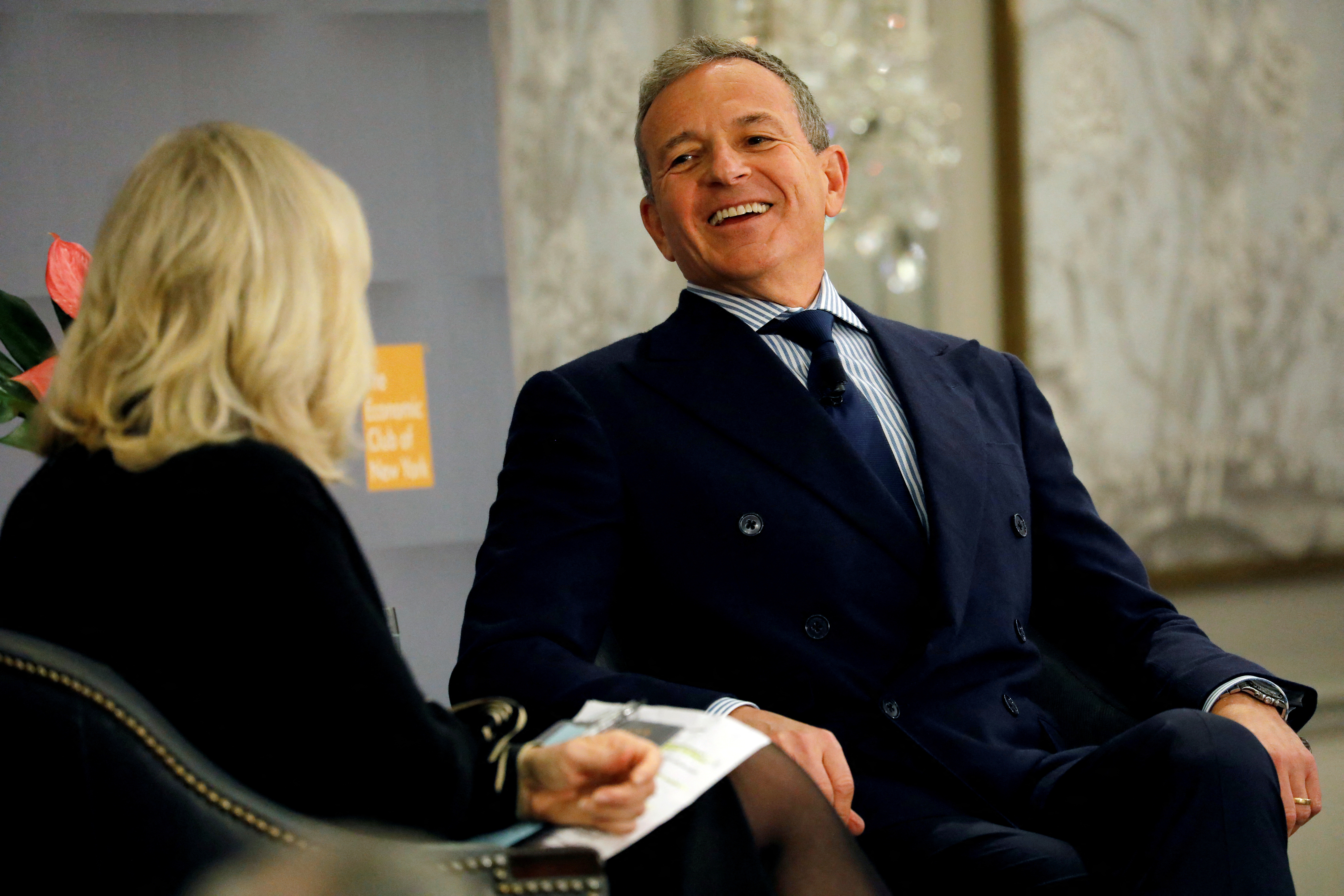 Robert Iger, Chairman and CEO at The Walt Disney Company, sits with moderator Diane Sawyer of ABC News as he speaks to the Economic Club of New York in Manhattan, New York, U.S., October 24, 2019. REUTERS/Mike Segar

That appears to be the hope behind the company's surprise decision to bring back former chief executive Bob Iger to replace Bob Chapek. The decision was largely cheered by Wall Street, with Disney's stock gaining more than 6% on Monday to cut its loss to 37% for the year to date.

The move is effective immediately.

During his first tenure from 2005 to 2020, Disney's annualised shareholder returns were more than 14%, well above its rival Comcast Corp (CMCSA.O) and the broader stock market, and in total in that period the stock rose more than 400%.

Yet analysts and some investors say that a returning CEO repeating their past success is not a given, and the decision to once again hand them the reins may be a sign that a company's culture is sputtering.

"From a governance perspective it's a big red flag," said Brian Frank, whose Frank Funds has owned Disney on and off in the past and currently does not have a position in the company, viewing its valuation as too high. "This is one of the highest- quality companies in the world with the best brands in the world but it shows to me that they're bad at succession planning."

Disney did not return a request for comment for this story.

Overall, the stock performance of companies led by CEOs who returned for another stint in their former position – so-called boomerang CEOs – was 10.1% lower during their tenures than companies led by chief executives who had not had the job before, according to a 2020 study published in the MIT Sloan Management Review by Christopher Bingham, Bradley Hendricks, Travis Howell, and Kalin Kolev.

Chief among the factors for the poor performance of repeat CEOs were if the executive was a company founder, if they worked in a dynamic or fast-changing industry, and if the company had neglected succession planning, the study found.

Shares of Xerox fell 60% in the year after Paul Allaire returned as CEO in 2000 as the company was unable to adapt to new digital technologies, the study found. Shares of Procter & Gamble Co (PG.N), meanwhile, rose about 3% during A.G. Lafley's two-year second stint as CEO, while the broad S&P 500 index rose about 26% over the same time.

Yet there are reasons to think that Disney may have made the right decision in bringing back Iger, Bingham said.

"There might be more reason for optimism relative to some of these other boomerang CEOs as Iger was not the founder, was not gone for too long, and is coming back in with a plan to help succession," he said in an email to Reuters.

Apple Inc's (AAPL.O) Steve Jobs is perhaps the best-case scenario of a chief executive returning to their previous company. Jobs famously resumed his position as CEO in 1997 when Apple was near collapse and remade it into the world's most valued company by the time he stepped down again in 2011.

Howard Schultz, who built the Starbucks Corp (SBUX.O) franchise, was also successful in his second stint. Shares rose more than 1,000% in his tenure between 2008 and 2017.

Starbucks did not comment on this story, but directed Reuters to its earnings results that topped expectations after Schultz’s third term as CEO.

“I think this is a game-changer," said Stephanie Link, chief investment strategist and portfolio manager at Hightower Advisors, about Disney. Link has owned the stock in the past and is bullish on the name. "This reminds me very much of Starbucks 2.0 or 3.0 with Howard Schultz returning to Starbucks,” Link said. “I think the only thing [Iger] is not great at is finding a successor.”

While Wall Street is cheering Iger's return, Disney's long-term success will rest on whether he can successfully turn the company's streaming business profitable while managing the decline of its traditional television business and a likely slowdown in its parks division if the economy falls into a recession, said David Heger, an analyst at Edward Jones.

"Iger may have dodged a bullet because the time period when Chapek was CEO was not ideal with the pandemic shutdown of the parks and the shutdown of movie production," Heger said. "But it's not an enviable position to come back in to because there are so many different challenges across the business and industry."

A New Perspective on Grieving Loss of a Pet – Neuroscience News