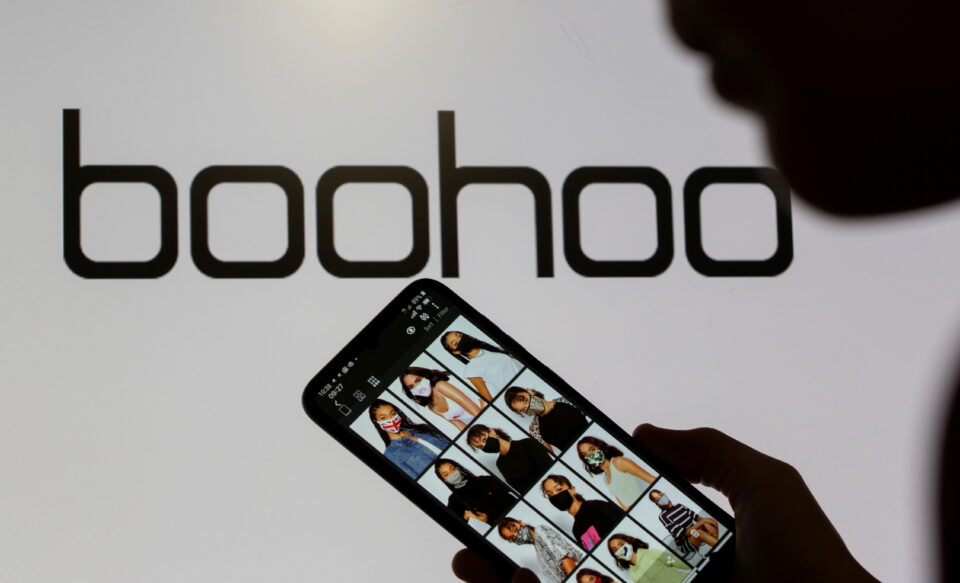 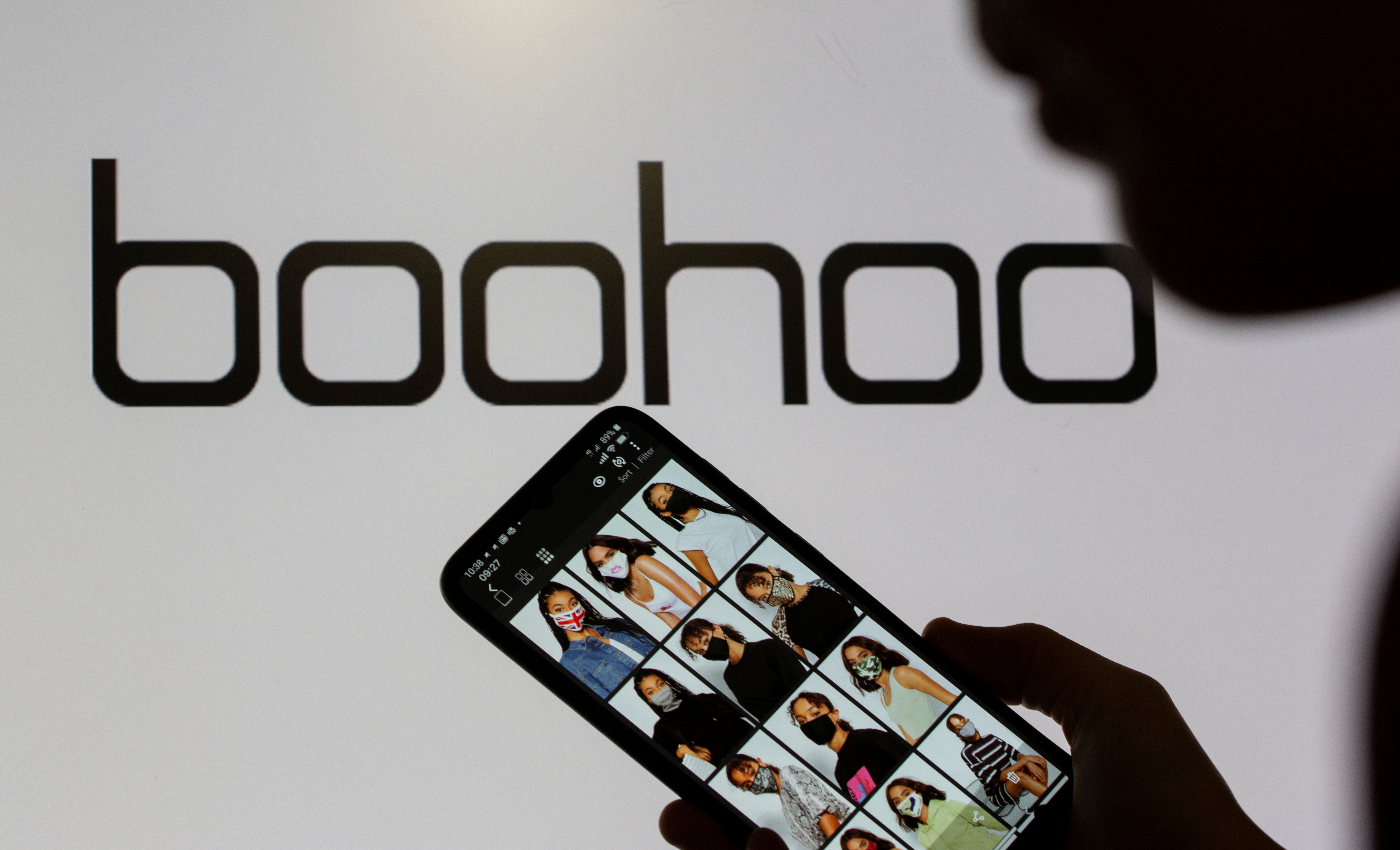 A woman poses with a smartphone showing the Boohoo app in front of the Boohoo logo on display in this illustration taken September 30, 2020. REUTERS/Dado Ruvic/Illustration/

It was previously forecasting revenue growth in the "low single digits" and an EBITDA margin of 4% to 7%.

Rivals ASOS (ASOS.L) and Primark have also warned on profit this month.

Boohoo, which sells clothing, shoes and accessories aimed at 16 to 40-year olds, said the lower margin forecast reflected increases in inflation-driven costs as well as the resultant operational deleverage from lower than anticipated sales.

Revenue in the first half to Aug. 31 fell 10% to 882.4 million pounds ($944.6 million) due to weaker than expected consumer demand, a significant increase in product returns and increased delivery times for products sold in overseas markets.

"We were expecting a return to growth in the second quarter but what we've seen is that the macro environment isn't great," finance chief Neil Catto told Reuters.

"We saw a slowdown in the UK market and we've not seen the international (markets) speed up yet."

CEO John Lyttle highlighted higher interest rates in the United Kingdom, which accounts for 60% of its business, as an area of particular concern for customers.

"We're talking about doubling and probably trebling of interest rates so it's certainly going to have an impact," he said.

Catto said Boohoo had limited exposure to the recent plunge in the value of the pound.

Boohoo said it is focusing on factors in can control. It is sourcing more from near-shore markets, has leaner stock levels and is now charging customers for returns in Britain, it added.

Investment in infrastructure will also boost efficiency, the company added. Automation at its distribution centre in Sheffield went live this month, while a U.S. warehouse will open in 2023-24.