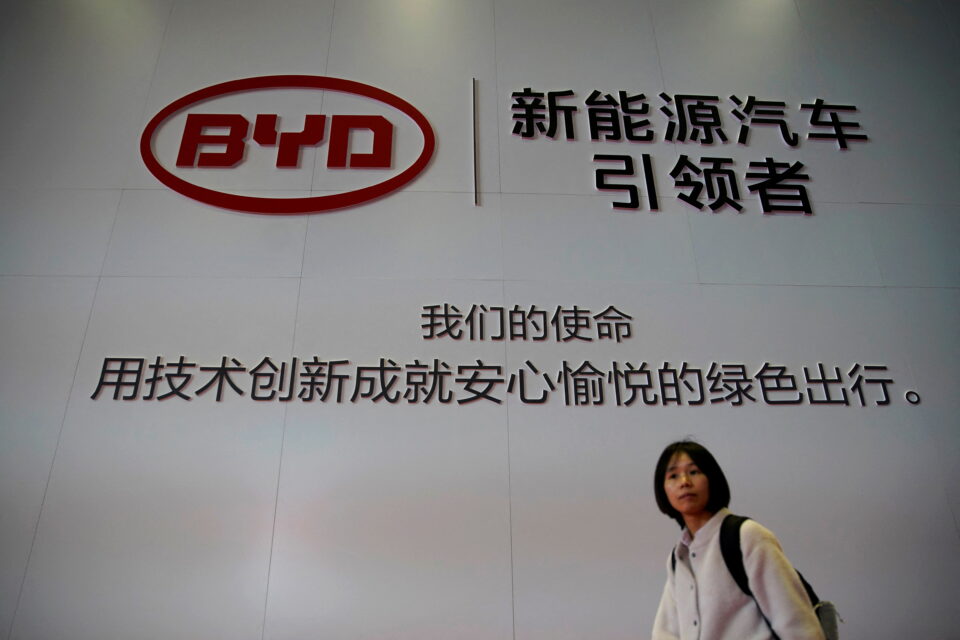 A woman walks past a BYD sign at the second media day for the Shanghai auto show in Shanghai, China April 17, 2019. REUTERS/Aly Song

"We intend to sell 15,000 units of BYD-Atto 3 in India over the next year and plan to set up a local manufacturing facility in due course," BYD India Executive Director Ketsu Zhang said in a statement, adding that the company had invested more than $200 million in India.

The move comes amid a wider global push by the Chinese carmaker which has already started selling electric cars and plug-in electric hybrids in markets around the world, including Norway, New Zealand, Singapore, Brazil, Costa Rica and Colombia.

Earlier this year, BYD said it would start selling its passenger EVs in Japan from 2023 and also has plans to set up a facility in Thailand – its latest among 30 others in the United States, Brazil and India – to produce 150,000 cars a year from 2024. It launched the Atto 3 electric SUV in Thailand on Monday.

BYD's push into India also comes at a time when the South Asian country continues to maintain tight scrutiny of investments coming from bordering nations, including China.

BYD has two manufacturing plants in India, spread over 140,000 square metres with more than 3,000 employees, Zhang said. It would not need to bring in new investments to assemble and sell the Atto 3, a source familiar with the company's plans said.

The Shenzhen-based auto and battery producer, which includes Buffett's Berkshire Hathaway (BRKa.N) as an investor, entered India in 2007 producing batteries and components for mobile phone makers from its plant near the southern city of Chennai.

In 2013 it started building buses in the country with a local Indian partner and in 2021 it launched its e6 EV for sale to corporate fleet operators and owners.