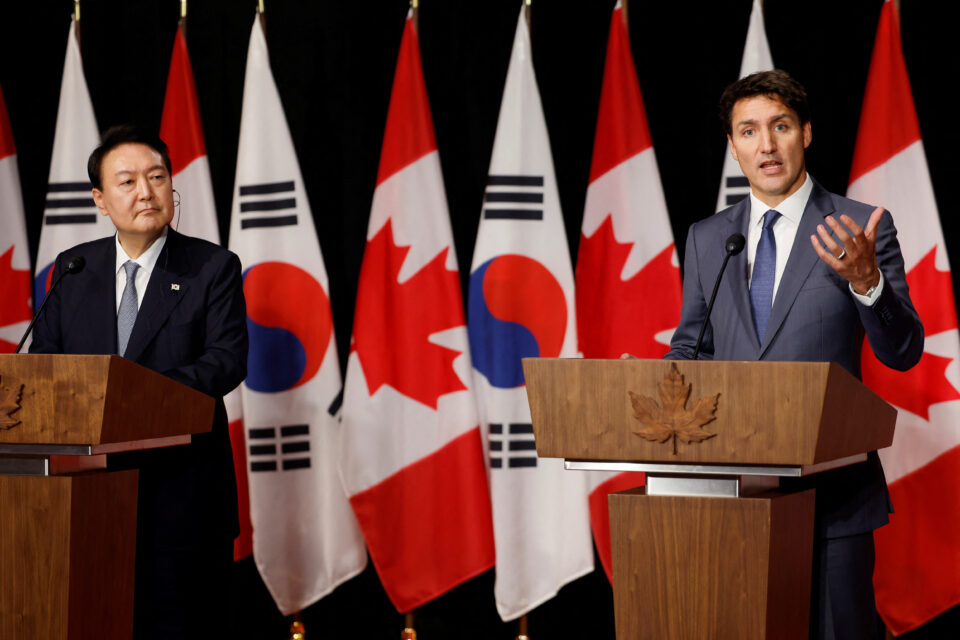 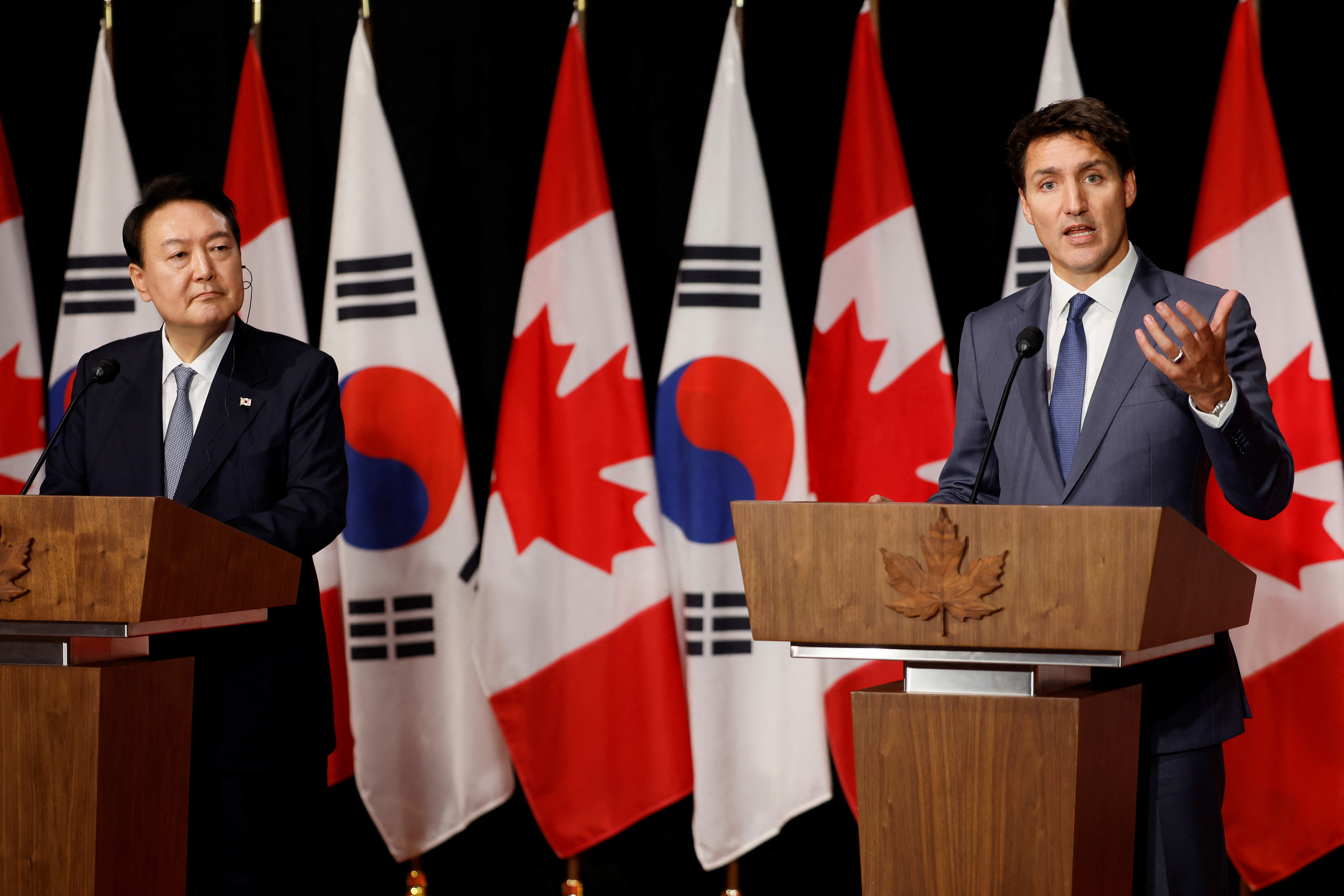 Yoon visited London for the funeral of Queen Elizabeth, and then New York in his first U.S. trip to attend the U.N. General Assembly, before arriving in Canada on Thursday. On Friday, Yoon met Trudeau in Ottawa, and then they both spoke to reporters.

"Yoon and I discussed ways to collaborate in a variety of areas, including essential minerals, batteries for electric vehicles, and emerging technologies, including AI (artificial intelligence)," Trudeau told reporters.

Canada has many of the critical minerals – like lithium, cobalt and nickel – that are now used to make batteries for EVs, and the government is in the process of seeking to help producers and processors scale up production.

"Canada, as a global leader in the production of minerals, and Korea, a major semiconductor and battery maker – each play crucial roles in global supply chains," Yoon said through an interpreter.

"The governments and businesses of our two nations will work together for the mineral resources sector to build a cooperative architecture… to respond to the shocks resulting from the changing world order," Yoon added.

China is currently by far the dominant global supplier of critical minerals used in EVs. Yoon said it was strategically important for both countries to find an alternative supplier.

Canada and South Korea are already cooperating in the sector, Trudeau pointed out.

In March, Stellantis (STLA.MI), the parent of Jeep and Chrysler, said it would build an EV battery plant in a joint venture with South Korea's LG Energy Solution (373220.KS) in Windsor, across the border from Detroit. read more

In a joint statement, the two countries said they agreed to deepen their "strategic partnership on supply chain resiliency" and would seek to position themselves as "competitive players in the critical minerals supply chain and battery and EV value chains".

To that end, both countries agreed to develop a memorandum of understanding in the coming months to "support clean energy transition and energy security, including with respect to critical minerals".