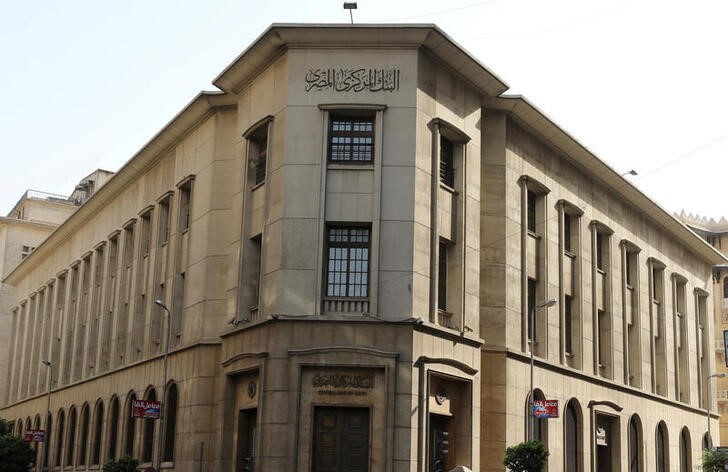 CAIRO, Oct 27 (Reuters) – Egypt's pound slid about 14.5% to a record low against the dollar on Thursday as authorities announced a $3 billion International Monetary Fund deal with a commitment to a "durably flexible exchange rate regime".

Egypt had been in talks with the IMF for a new loan since March after its economic woes deepened due to the war in Ukraine. The fund has long been urging Egypt to allow greater exchange rate flexibility.

In a statement confirming a staff-level agreement on a $3 billion, 46-month Extended Fund Facility, the IMF said a flexible exchange rate regime should be "a cornerstone policy for rebuilding and safeguarding Egypt's external resilience over the long term".

It said the deal was expected to catalyse a large, multi-year financing package, including about $5 billion in the fiscal year ending June 2023, reflecting "broad international and regional support for Egypt".

Egypt's central bank said it was intent on intensifying economic reforms and had "moved to a durably flexible exchange rate regime, leaving the forces of supply and demand to determine the value of the EGP against other foreign currencies".

The pound weakened rapidly to around 23 to the dollar from 19.67, data from Refinitiv showed. That was similar to the parallel market rate and indicated a currency float, Naeem Brokerage said in a note.

The bank had already allowed the pound to depreciate by 14% against the dollar in March, and the currency had been slipping gradually since May. Former central bank governor Tarek Amer, under whom the pound had long been held steady, was abruptly replaced in August.

Egypt's international government bonds also gave back the gains they had made earlier in the day, which had lifted the price of most of them by more that 2 cents on the dollar.

The war in Ukraine pushed up Egypt's bills for wheat and oil while dealing a blow to tourism from two of its largest markets, Ukraine and Russia, a key source of hard currency.

In its statement on Thursday, the central bank said the conflict had "dire economic ramifications" and consequently led Egypt to experience large capital outflows.

Annual headline inflation accelerated to 15% in September, its highest in almost four years, according to official data. Price rises, which come after years of austerity reforms under a 2016 IMF deal, have hurt many of Egypt's 104 million population.

On Wednesday, the government raised the public sector minimum wage by 11% to 3,000 Egyptian pounds, extended a freeze on residential electricity prices by six months to June 2023 and also extended food subsidy card benefits.

The central bank said it would continue to announce inflation targets "along the predetermined disinflation path that began in 2017". The bank's existing target is 5%-9%.

The size of the IMF deal appeared in line with the lower end of expectations, said Emre Akcakmak, a Dubai-based senior consultant at East Capital.

"What's more important to note is that the central bank seems to be more decisive in its fight against rising inflation and in moving closer to a flexible exchange rate system," he said.

The central bank also said that it would gradually phase out by December a rule that mandated the use of letters of credit for import finance.

The rule, an effort to preserve scarce dollars, had caused a major slowdown in imports of everything from consumer goods to industrial components and left some basic commodities stuck at ports.

In order to deepen the foreign exchange market and enhance its liquidity, the central bank said it would work towards building the foundations for a derivatives market.