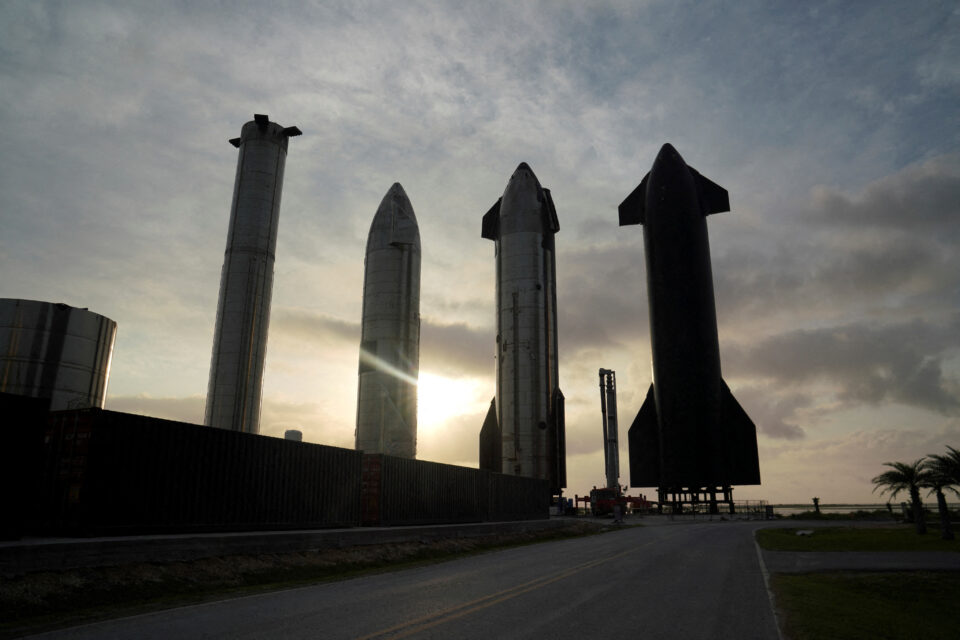 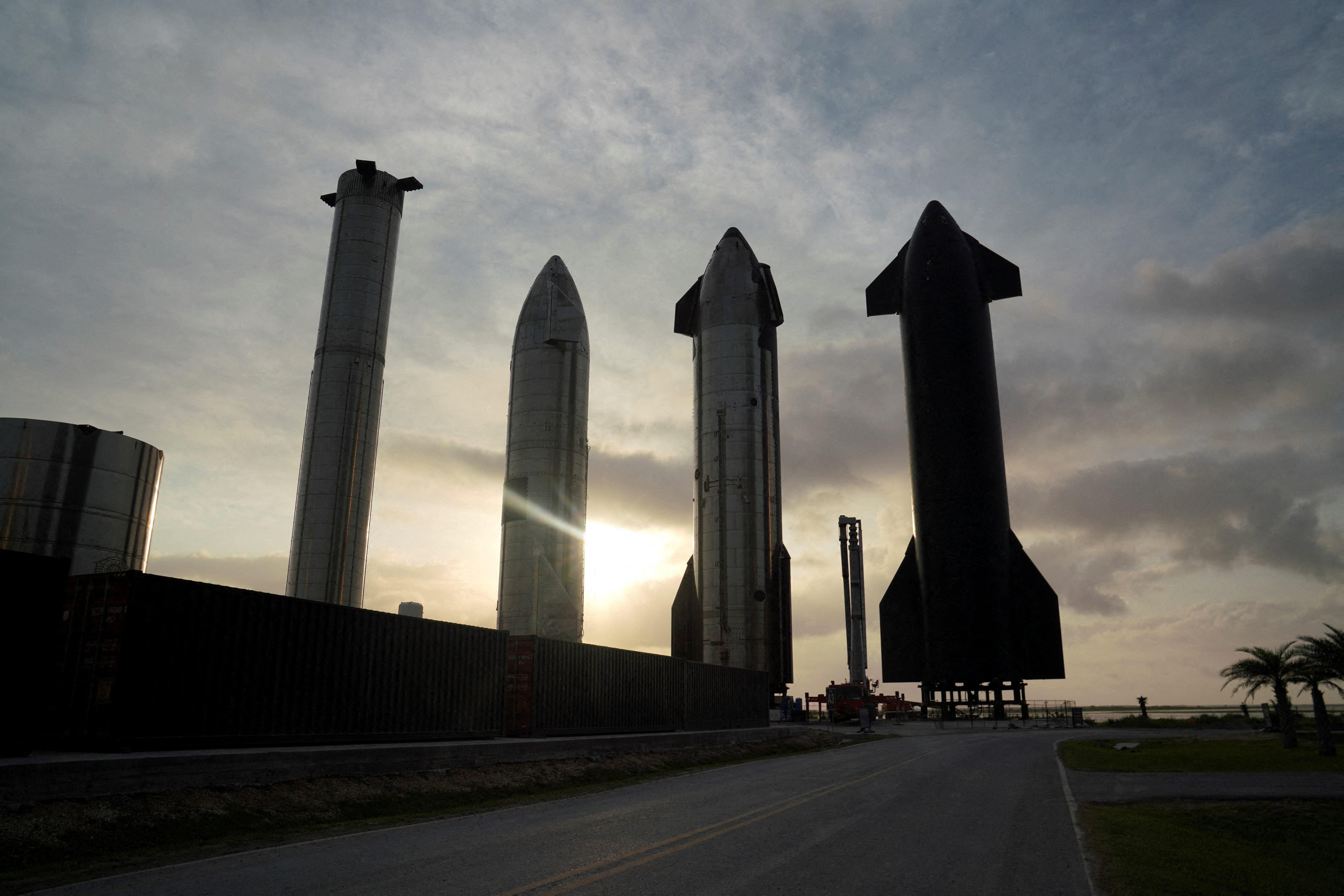 WASHINGTON, Oct 31 (Reuters) – SpaceX is targeting early December to launch its giant Starship rocket system into orbit for the first time, a pivotal demonstration flight as it aims to fly NASA astronauts to the moon in the next few years, a U.S. official said on Monday.

Billionaire Elon Musk's SpaceX has sought for years to send its towering next-generation rocket system into orbit from the company's private launch facilities in Texas, where it has only launched prototypes of Starship's upper half some 6 miles (10 km) high to demonstrate landing attempts.

The December mission will test the entire system for the first time, involving the company's 230-foot (70-meter) Super Heavy booster to lift the 160-foot (50-meter) Starship spacecraft into orbit.

Further ground tests with the rocket and regulatory reviews could delay the debut orbital mission beyond December. The U.S. Federal Aviation Administration, which oversees commercial launch site safety, has not yet granted a license for the mission to SpaceX, part of Musk's growing universe of companies that also includes Tesla (TSLA.O) and Twitter .

The FAA and SpaceX did not immediately return requests for comment.

Starship is poised to be SpaceX's flagship rocket system once fully developed, succeeding the company's fleet of reusable Falcon 9 rockets as a more powerful and fully reusable ride to space for large batches of commercial satellites, space tourists and professional astronauts.

NASA in 2021 picked SpaceX's Starship to land humans on the moon around 2025 for the first time since 1972. That mission, under a roughly $3 billion contract, requires several spaceflight tests in advance that could delay the 2025 moon landing mission.