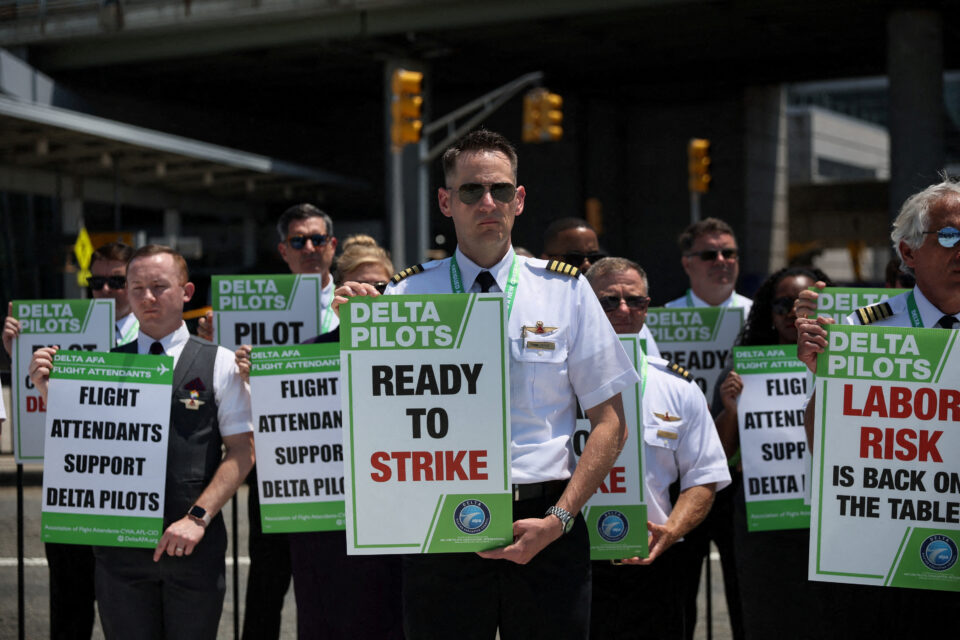 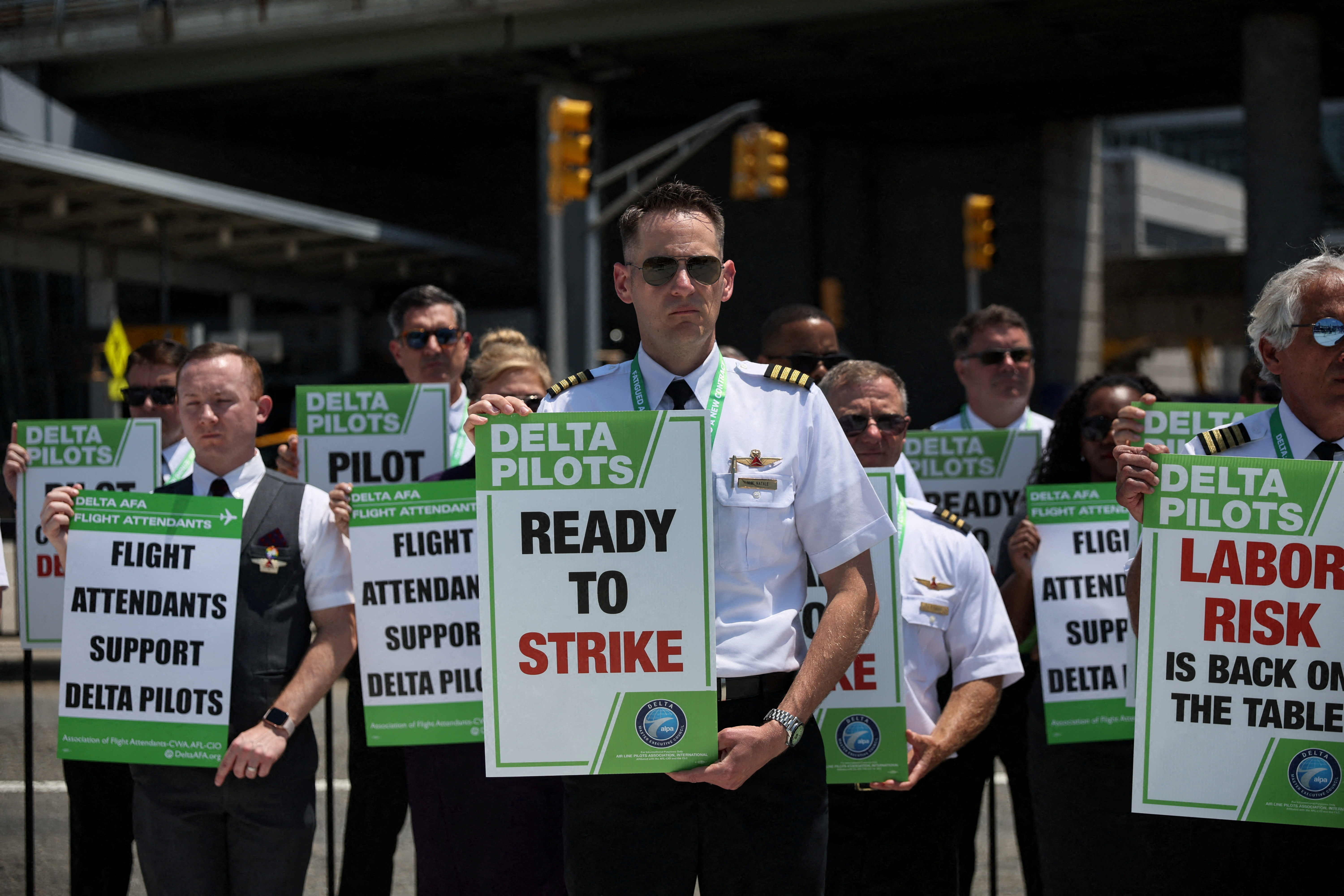 CHICAGO, Dec 2 (Reuters) – Delta Air Lines (DAL.N) has offered a 34% cumulative pay increase to its pilots over three years in a new contract, demonstrating the bargaining power aviators are enjoying in a short-staffed industry with booming travel demand.

If the deal is approved by Delta pilots, it is widely expected to act as a benchmark for contract negotiations at rivals United Airlines (UAL.O) and American Airlines (AAL.O).

Delta pilots will get a raise of at least 18% raise on the date the contract is signed, another 5% after one year, 4% after two years and 4% after three years, according to a draft contract seen by Reuters.

They will also get a one-time payment equivalent to a cumulative 22% of their earnings between 2020 and 2022 after the deal is ratified.

The Atlanta-based carrier's pilots have been working without a new contract for nearly three years after their old contract became amendable in December 2019, fueling frustration.

They voted overwhelmingly in October to authorize a strike if negotiators could not reach an agreement on the new contract.

The hefty pay raises are expected to further worsen cost pressures for carriers just as concerns over a U.S. recession spark worries about consumer spending.

Although ticket sales remain strong, investors fear travel demand could slip, making it harder for a debt-laden industry to repair its balance sheet. They fear carriers might be forced to borrow even more money to fund operations.

A scramble, however, among carriers to staff up to capitalize on booming consumer demand has enhanced the bargaining power of pilots. With the industry returning to profitability, pilots argue airlines can pay them more to cover their increased costs of living.

Airlines, thus far, have been relying on strong demand and higher fares to mitigate inflationary pressure. Any increase in their labor costs is expected to be passed along to customers through higher ticket prices.

In the draft agreement, Delta promises that pay rates of its pilots will exceed those at United and American by at least 1%.

In a memo to its members, the union representing Delta pilots said the deal represents more than $7.2 billion of cumulative value increases over the next four years.

Delta said it is "pleased to have reached an agreement in principle for a new pilot contract, one that recognizes the contributions of our pilots to Delta's success."

In a year of protests for the industry, pilots at all major U.S. carriers have been demanding higher wages and a better work-life balance.

Hundreds of United pilots picketed outside Chicago's O'Hare airport on Thursday, asking for an "industry-leading" contract. Last month, they turned down an offer that included more than 14.5% cumulative wage increases and enhanced overtime and training pay.

American pilots also rejected a proposed 19% pay hike over two years that would have cost the Texas-based carrier about $2 billion.

Pilots are also demanding a better quality of life. They say staffing and operational issues at carriers are driving up overtime, leaving them exhausted.

In its memo, Delta's pilot union said more than 25% of the value of the contract agreement is dedicated to quality-of-life related items.