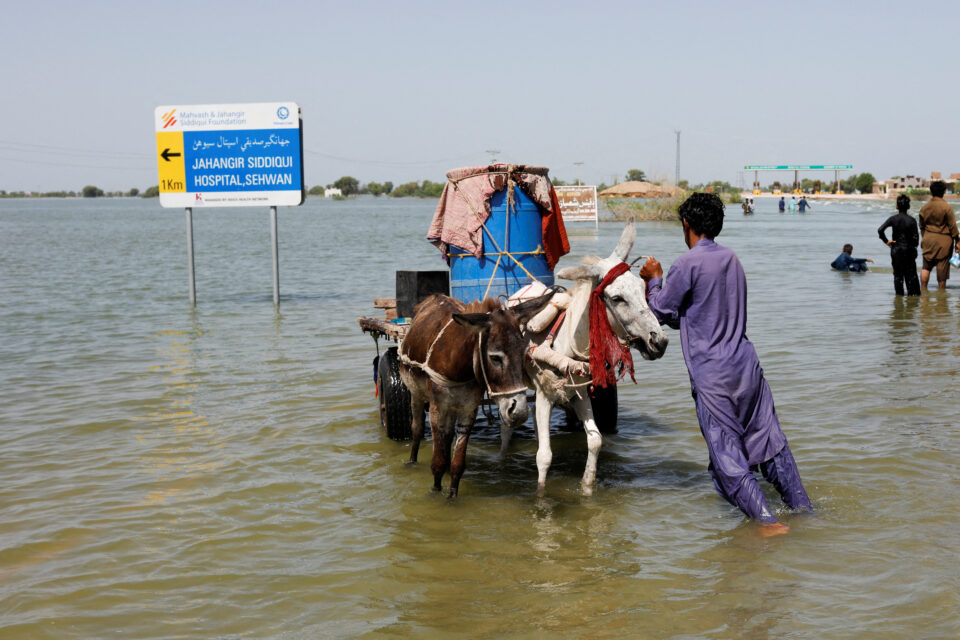 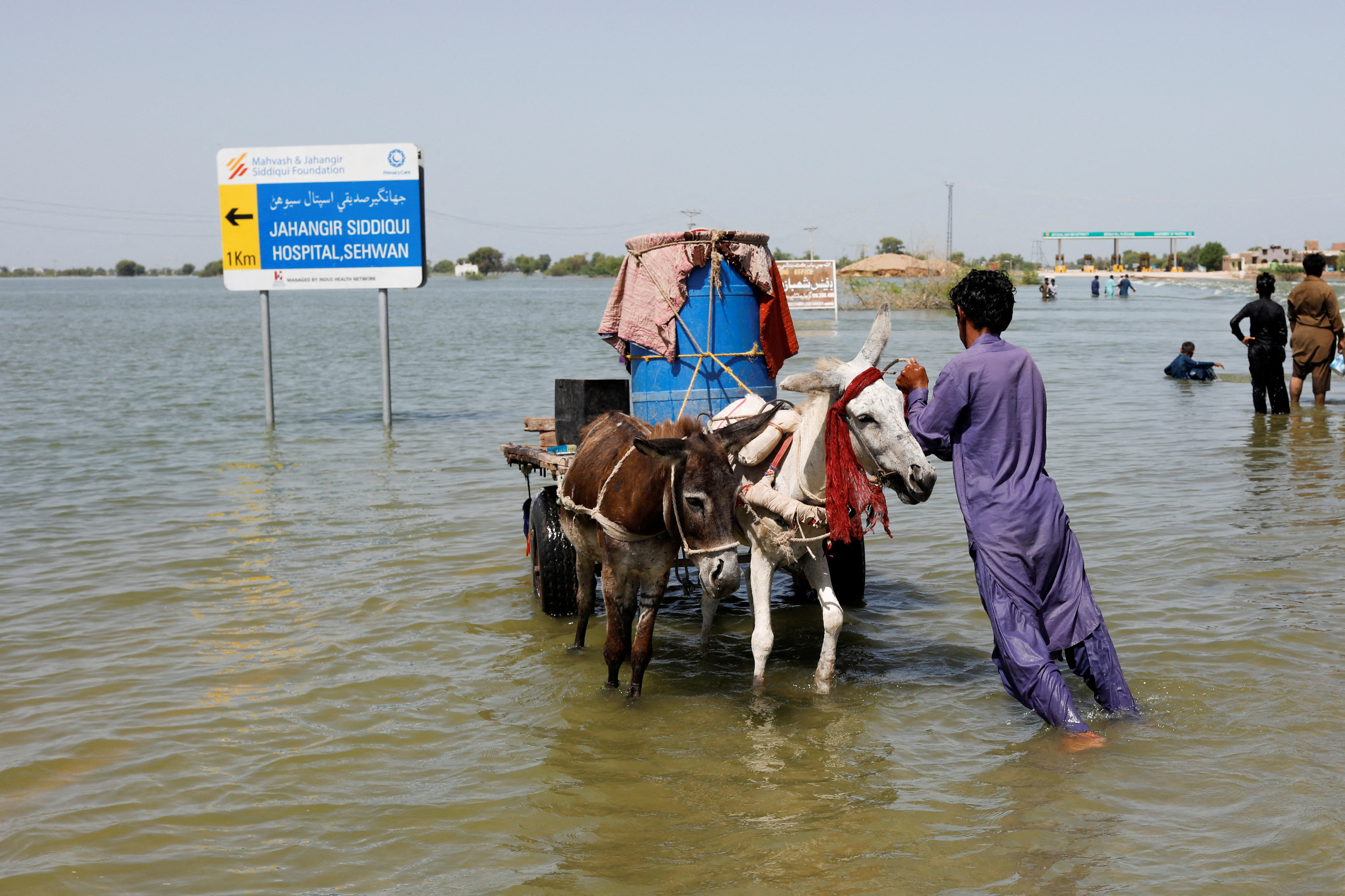 Nov 6 (Reuters) – Nearly 200 countries gathering for the U.N. climate conference in Egypt are expected to lock horns over whether rich nations should pay compensation to vulnerable states hit by climate-fuelled disasters.

The COP27 summit follows a year of such disasters, from floods that killed more than 1,700 people in Pakistan to drought withering crops in China, Africa and the U.S. West. That has intensified developing country demands for a special "Loss and Damage" fund. But with rich countries resisting such calls, the issue has been stalled for years.

Here's where things stand ahead of COP27.

WHAT IS "LOSS AND DAMAGE"?

In U.N. climate talks, the phrase "Loss and Damage" refers to costs already being incurred from climate-fuelled weather extremes or impacts, like rising sea levels.

Climate funding so far has focused on cutting carbon dioxide emissions in an effort to curb climate change, while about a third of it has gone toward projects to help communities adapt to future impacts.

Loss and damage funding would be different, in compensating costs that countries can't avoid or "adapt" to.

But there is no agreement yet over what should count as "loss and damage" in climate disasters – which can include damaged infrastructure and property, as well as harder-to-value natural ecosystems or cultural assets like burial grounds.

A June report by 55 vulnerable countries estimated their combined climate-linked losses over the last two decades totalled about $525 billion, or about 20% of their collective GDP. Some research suggests that by 2030 such losses could reach $580 billion per year.

WHO PAYS? WHO GETS PAID?

These questions are extremely contentious.

Vulnerable countries and campaigners have argued that rich countries that caused the bulk of climate change with their historical emissions should now pay. The United States and European Union have resisted the argument, fearing spiralling liabilities.

If countries do agree to launch a fund, they would need to thrash out details such as where the money should come from, how much wealthy countries should pay, and which countries or disasters qualify for compensation.

The EU and United States blocked a proposal at last year's U.N. climate talks to establish a fund, agreeing instead to a "dialogue" without a clear end goal. Over the last month, they have signaled more openness to discussing compensation at COP27, but remain wary of creating a fund.

Only a few governments have made small, symbolic funding commitments for loss and damage: Denmark and Scotland, plus the Belgian region of Wallonia.

Some existing U.N. and development bank funding does help states facing loss and damage, though it is not officially earmarked for that goal.

WHAT WILL HAPPEN AT COP27?

Developing countries have proposed putting loss and damage on the summit agenda, which must be adopted unanimously before the talks get underway.

Frustrated by difficulties and delays in securing climate finance, developing and emerging economies are now united in demanding that a loss and damage fund be established at COP27.

Among them are island states like the Maldives and Jamaica, and China, itself the world's biggest CO2 emitter, which has rankled some European officials who say China should be providing climate finance, not demanding it.

Countries have made different proposals for what the fund should look like. Even if COP27 yields a deal to form a fund, it could still take a couple years before it is ready to disperse money.

Some diplomats have suggested a "mosaic" of funding sources be organised, rather than one central fund.

Another proposal from the Alliance of Small Island States suggests COP27 agree to form a U.N.-hosted "response fund" to collect cash from various sources for countries struck by disasters.

The EU has suggested harnessing existing international funds to tackle loss and damage, rather than launching a new one, but some experts say issues like long delays make those funds unsuitable for addressing loss and damage.

WHAT IF COP27 FAILS TO ADVANCE THE ISSUE?

Already mistrustful after wealthy nations failed to deliver $100 billion in climate finance annually by 2020, some countries are exploring other routes.

The "V20" group of 58 vulnerable countries and the Group of Seven rich nations plan to launch an effort called "Global Shield" at COP27, aimed at strengthening insurance and disaster protection finance.

The Pacific island country Vanuatu, meanwhile, has asked the world's highest court – the International Court of Justice – to issue an opinion on the right to be protected from adverse climate impacts. An ICJ opinion could carry moral authority and legal weight, strengthening calls for compensating poor nations.