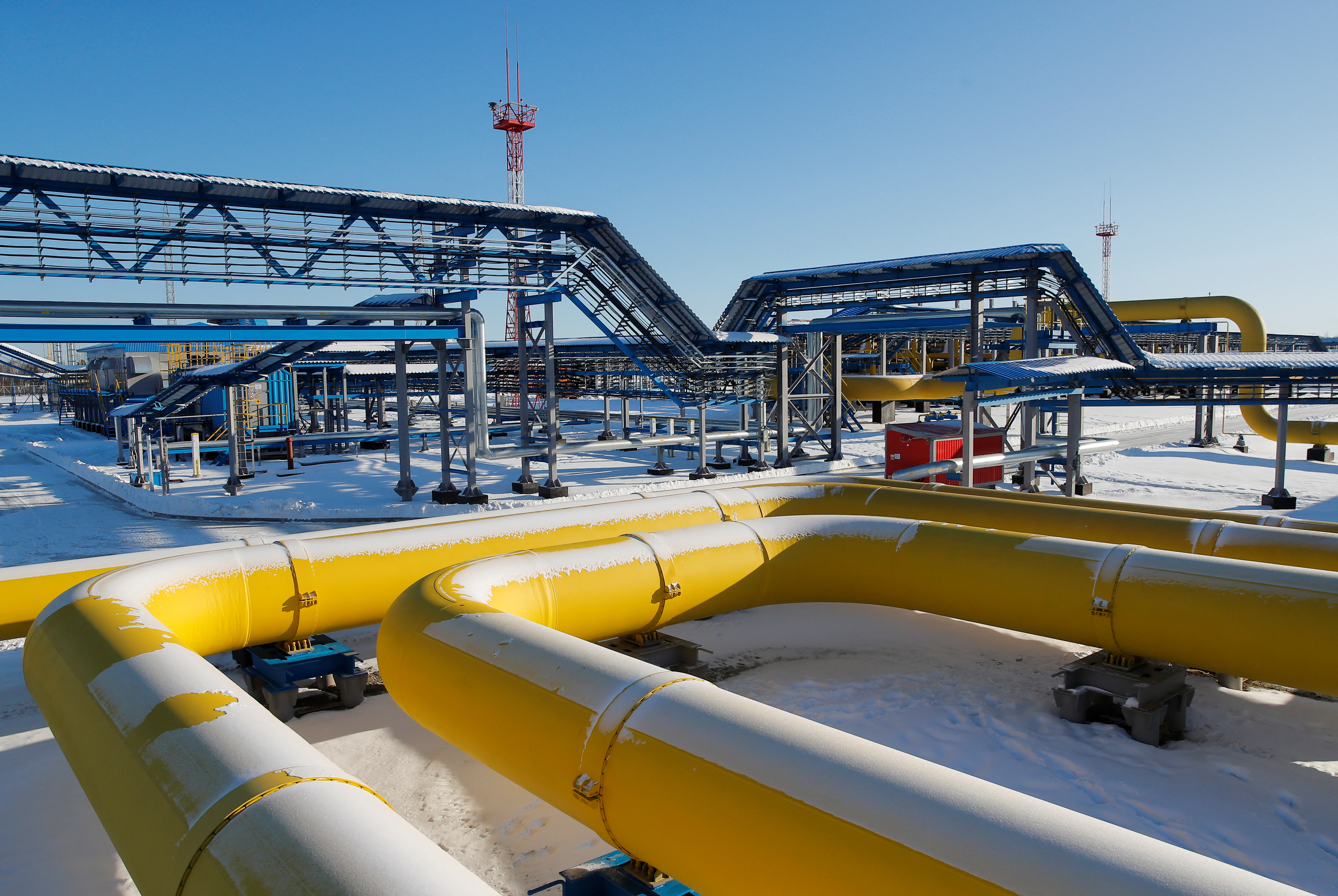 BEIJING, Sept 16 (Reuters) – Russian President Vladimir Putin held a meeting with his counterparts from China and Mongolia on Thursday, where they discussed a major new infrastructure project, Power-of-Siberia 2, to deliver gas to China via Mongolia.

Russia proposed the route years ago but the plan has gained urgency, as Moscow looks to Beijing to replace Europe as its major gas customer.

Negotiations will be complex, however, not least because China is not expected to need additional gas supply until after 2030, industry experts said.

WHAT IS THE POWER OF SIBERIA 2 PIPELINE?

The proposed pipeline would bring gas from the huge Yamal peninsula reserves in west Siberia – the main source of gas supply to Europe – to China, the world's top energy consumer and growing gas consumer.

The idea gained impetus when the first pipes of the currently operational Power of Siberia pipeline were laid in Russia's eastern Yakutia region in 2014.

That pipeline runs for 3,000 kilometres (1864.11 miles)through Siberia and into northeastern China's Heilongjiang province.

The new route would cut through the eastern half of Mongolia, arriving into northern China's Inner Mongolia region, not far from major population centres like Beijing, according to a map drawn up by Russia's Gazprom (GAZP.MM).

Gazprom began a feasibility study on the project in 2020 and is aiming to start delivering gas by 2030.

The 2,600-km pipeline could carry 50 billion cubic metres (bcm) of natural gas a year, Gazprom says, slightly less than the Nord Stream 1 pipeline which links Russia to Germany under the Baltic Sea.

WHAT DOES MONGOLIA SAY?

Mongolian President Ukhnaagiin Khurelsukh said on Thursday that he supports the construction of oil and gas pipelines from Russia to China via Mongolia, adding that its technical and economic justification should be studied. read more

Mongolian Prime Minister Oyun-Erdene Luvsannamsrai told the Financial Times in July that he expected Russia to begin construction on the pipeline within two years.

Luvsannamsrai also said the final route of the line through Mongolia was not yet decided, according to the newspaper.

Russia's Gazprom already supplies gas to China through the first Power of Siberia pipeline under a 30-year, $400 billion deal, which was launched at the end of 2019.

Expected to supply 16 billion cubic meters of gas this year, it will deliver increasing volumes before reaching full capacity of 38 bcm by 2025.

In February, Beijing also agreed to buy gas from Russia's Far East island of Sakhalin, which will be transported via a new pipeline across the Japan Sea to northeast China's Heilongjiang province, reaching up to 10 bcm a year around 2026. read more

On top of piped gas, the country also has long-term contracts with Qatar, the United States and global oil majors for 42 million tonnes per annum of liquefied natural gas (LNG) to be shipped in on tankers, with most of the supplies starting in the next five years.

"Fundamentally we see little support for Power of Siberia 2 to materialise before 2030 as China has secured enough supplies by then," said a Beijing-based industry expert who declined to be named due to company policy.

"It will be a tremendously complex negotiation which could take years, as it carries huge political, commercial and financial risks," said the expert.