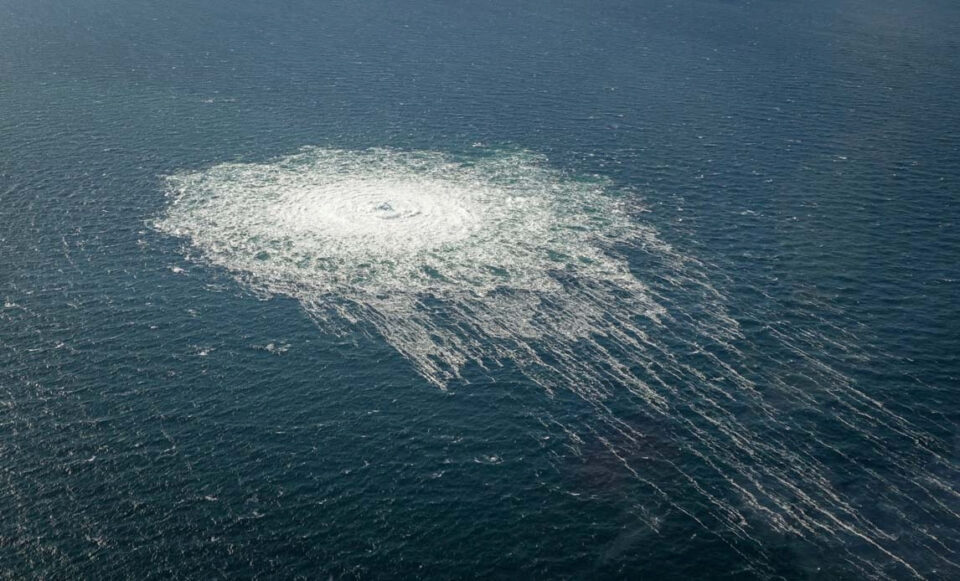 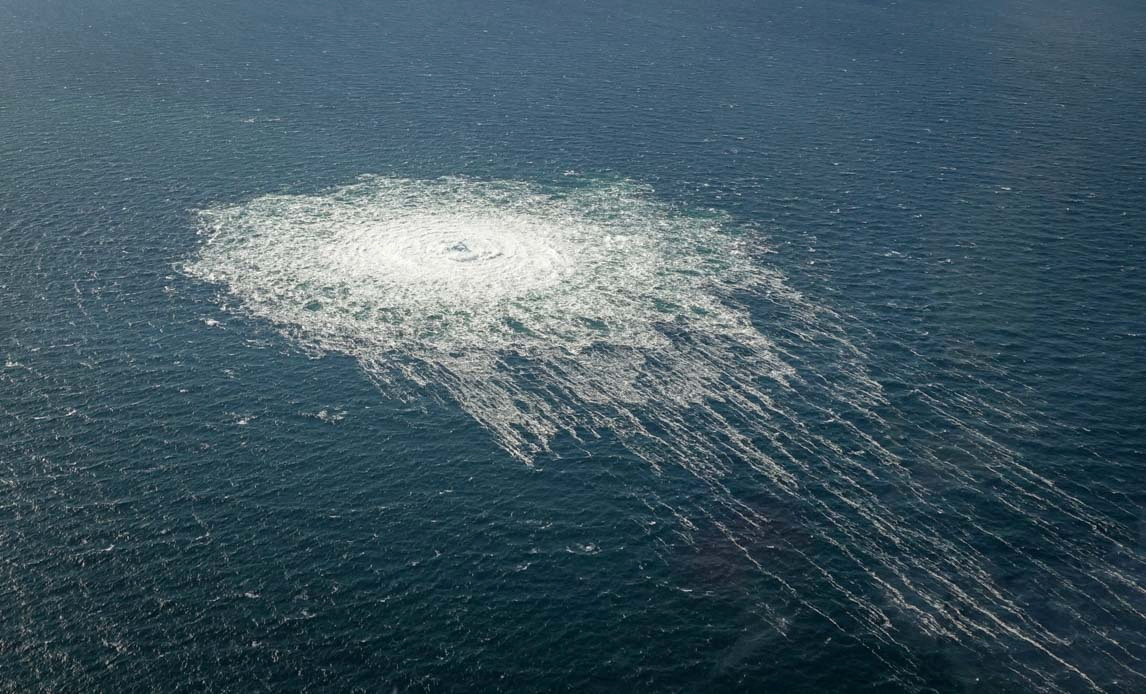 Gas bubbles from the Nord Stream 2 leak reaching surface of the Baltic Sea in the area shows disturbance of well over one kilometre diameter near Bornholm, Denmark, September 27, 2022. Danish Defence Command/Handout via REUTERS

Sept 27 (Reuters) – Methane leaks have emerged as a top threat to the global climate, with the latest incident involving two Russian gas pipelines under the Baltic Sea that are at the heart of an energy crisis since Russia invaded Ukraine.

Methane, the main component of natural gas, can leak from pipelines and drill sites, and is also emitted from farming and food waste.

Research increasingly shows that reducing emissions of methane is vital to limiting planetary warming to 2 degrees Celsius or less above pre-industrial times to avert the worst impacts of climate change.

After decades focusing on the greenhouse gas carbon dioxide, policymakers have begun to recognise the threat posed by methane, and last year over 100 nations signed a pledge to slash methane emissions by 30% from 2020 levels by 2030.

After being largely ignored for decades, scientists now know that methane is much more potent than carbon dioxide as a greenhouse gas in the short term, even though it lingers for only a decade in the atmosphere before breaking down while CO2 lingers for centuries.

Scientists normally compare the warming effects of methane and carbon dioxide over one century, and over that timescale methane is 28 times worse. Over 20 years, however, methane is 80 times worse, according to recent research.

That’s important because the world is on track to exceed the 2015 Paris Agreement goal of limiting warming to less than 2 degrees in mere decades.

"If I thought we had 100 years to deal with climate change, I'd be an awful lot more relaxed about it," Mike Berners-Lee, expert and author on carbon footprints, said. "If you're interested in the climate impacts we'll be experiencing in 2050 … you'd be absolutely screaming about methane emissions."

Methane's frontloaded climate impact is doubly worrying because the world is closer than previously thought to crossing "tipping points" at which climate feedback loops kick in to make global warming self-perpetuating.

A study in September suggested that some of the events that could touch off those feedback loops, like the collapse of the Greenland Ice Sheet or the melting of Arctic permafrost, are imminent.

WHERE IT COMES FROM

Three-fifths of the world's estimated methane emissions are from human activity; the rest, from natural sources like swamps.

Of the human-caused emissions, two-thirds are from livestock farming and fossil fuels, with much of the rest from decomposing waste as well as rice cultivation, Climate and Clean Air Coalition data shows.

But emitters have not kept good records and scientists trying to improve them in the past decade have had a shock.

"Everywhere we looked, methane emissions turned out to be higher than agencies said they should be," said Robert Jackson, who was the lead author of the September study on climate tipping points. "That was true of oil and gas fields, landfills and feedlots."

While scientists can accurately measure the level of methane in the atmosphere, understanding where it is coming from is crucial for policymakers seeking to impose regulations that reduce the emissions.

Petroleum-producing companies and nations are lobbying hard for natural gas as a "bridge fuel" to renewables as the world undertakes a clean energy transition to fight climate change. Their argument: burning natural gas emits half as much carbon per kilowatt as coal.

But factor in gas industry leaks from drill pads, pipelines, compressors, and other infrastructure, and those gains can quickly be erased.

"There's a break-even point in how much methane is leaked for … natural gas (to be) actually worse than coal for the climate," said Sam Abernethy, co-author of the September study.

World governments, including the United States, are introducing requirements that the oil and gas industry detect and repair leaks after studies showed leaks in the industry were a huge problem.

The European Union recently endorsed labeling some natural gas projects as "green" in a major boost to the industry.

What is known about the Nord Stream gas pipeline leaks

EXCLUSIVE-Mexican regulator has no record of Pemex reporting methane leak

RegisterReporting by Tim Cocks in Johannesburg; Editing by Lisa Shumaker