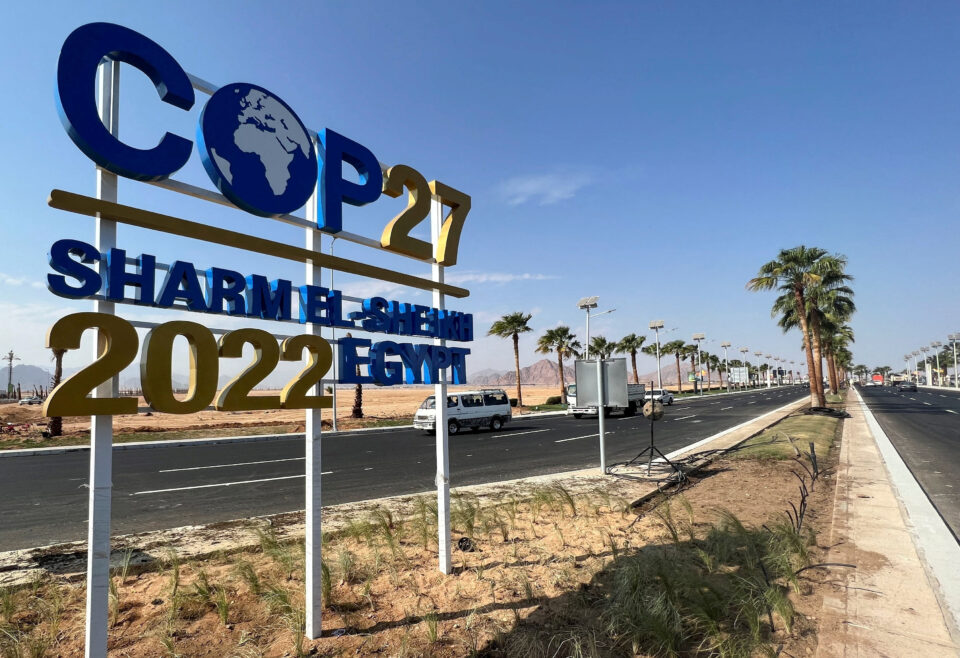 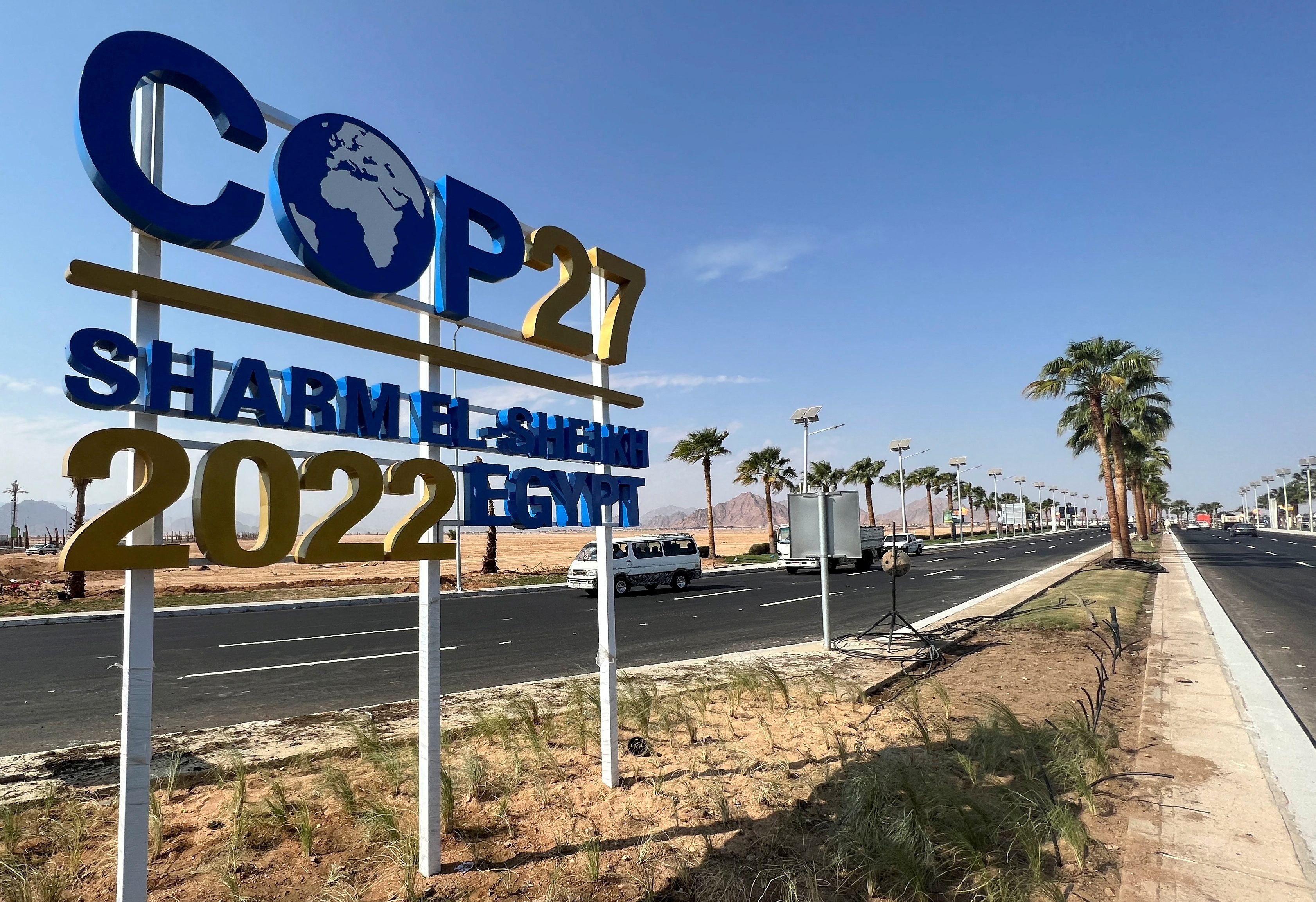 View of a COP27 sign on the road leading to the conference area in Egypt's Red Sea resort of Sharm el-Sheikh town as the city prepares to host the COP27 summit next month, in Sharm el-Sheikh, Egypt October 20, 2022. REUTERS/Sayed Sheasha

Nov 5 (Reuters) – At the COP27 conference in Egypt, delegates will be relying on decades of scientific research published by the U.N. climate science agency to inform their decisions about future energy plans and warming trajectories.

The Intergovernmental Panel on Climate Change (IPCC) produces reports roughly every five years that represent global scientific consensus on climate change, its causes and its impact. Last year's report tackled the main drivers of global warming and the core elements of climate science.

That was followed by two major reports this year – one in February addressing how the world will need to adapt to climate impacts, from rising seas to dwindling wildlife, and another in April on ways for "mitigating" or reining in climate-warming emissions.

Here are some of the key takeaways from those reports:

* Last year's report on the physical basis for climate change pulled no punches, stating unequivocally that humans are to blame for rising temperatures.

* It also warned that climate change was already dangerously close to spinning out of control.

* Once-rare weather extremes are becoming more common, and some regions are more vulnerable than others.

* For the first time, the report's authors called for urgent action to curb methane. Up to this point, the IPCC had focused on only carbon dioxide, the most abundant greenhouse gas.

* With time running out for preventing runaway climate change, the authors said it was worth looking into the benefits and drawbacks of geoengineering, or large-scale interventions to shift the climate, such as injecting particles into the atmosphere to block out solar radiation.

* The report warned the world's nations, including the wealthy ones, that everyone needed to start preparing for climate impacts and adapting to a warmer world.

* News of Russia's invasion of Ukraine eclipsed the release in February of a seminal report on how the world should prepare for a warmer world.

* The report made clear that different regions face different risks and impacts, and offered localized projections for what to expect.

* The daunting forecast for the world's poor reignited calls for a "Loss and Damage" fund through which rich nations would compensate costs already being incurred by poor countries in climate-fueled disasters – a key demand by vulnerable countries going into the COP27 talks in Egypt.

* It's "now or never," one report co-chair said in releasing findings that show that only drastic emissions cuts in the next few decades would keep warming from spiraling out of control.

* The report teased out how various emissions scenarios would likely translate into future temperature rise.

* Cities are a big part of the emissions problem, it said, but also a major source of hope and positive solutions.

* The energy transition to renewable sources and clean-burning fuels is moving too slowly.

* The report went beyond focusing on fossil fuels and manufacturing to urge strong climate action in agriculture, where farming methods and better forest protection could help curb emissions.

* It warned that climate change threatens economic growth, and for the first time highlighted the need for action at the individual level, calling on governments to pass policies toward changing consumer and transportation habits to encourage less waste and more efficiency.