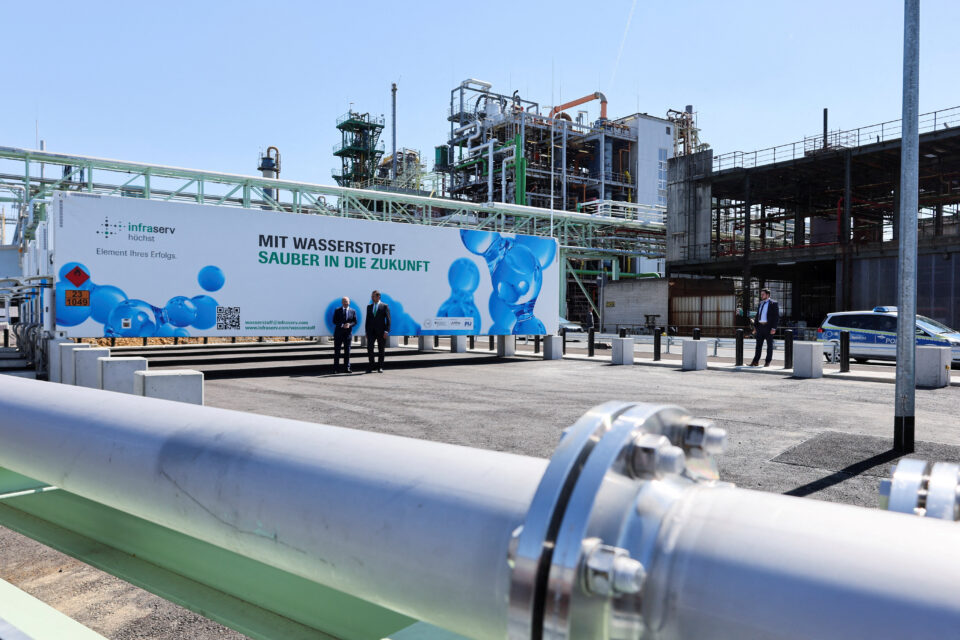 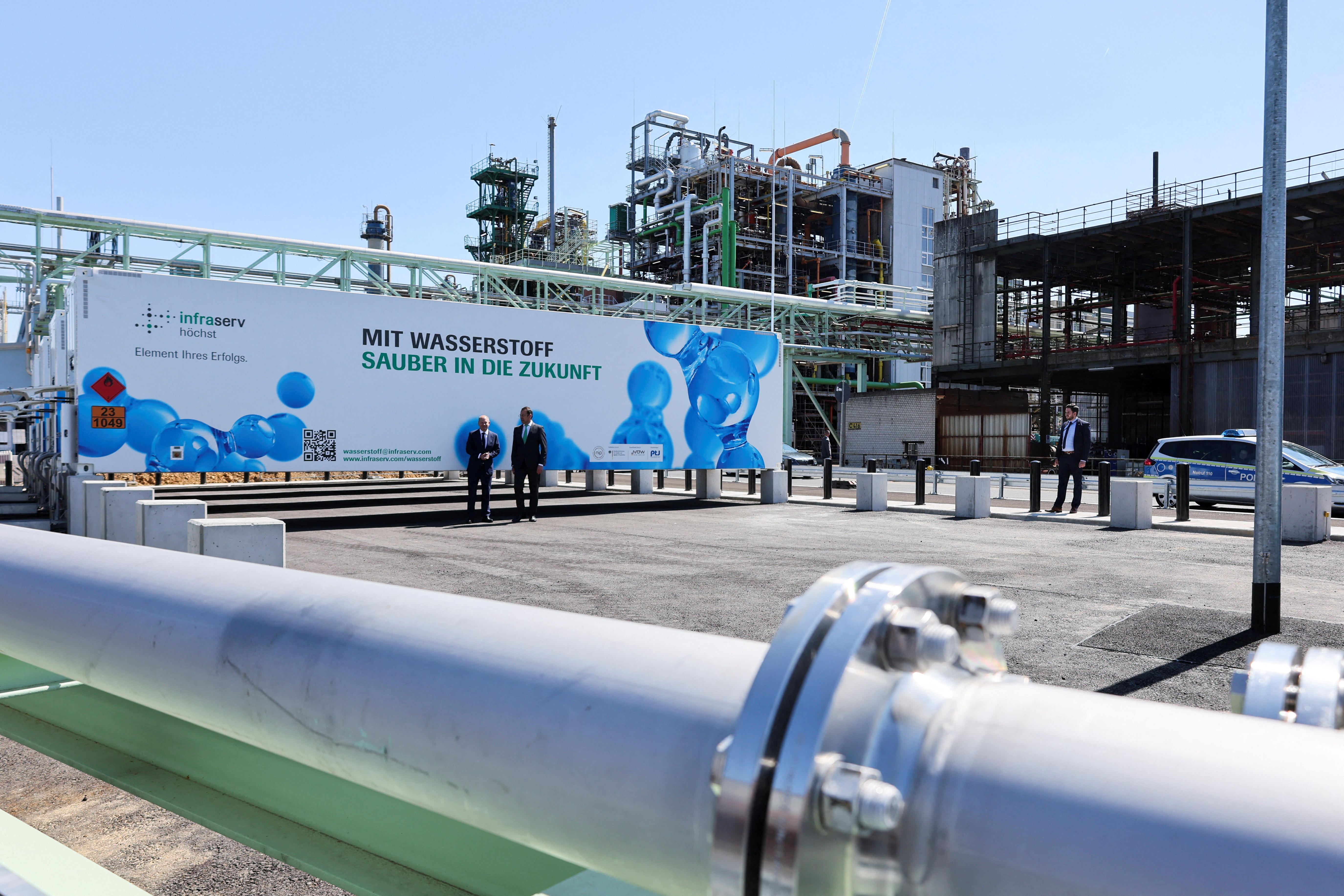 German Chancellor Olaf Scholz is flanked by Joachim Kreysing, managing director of Infraserv Hoechst, as he visits a hydrogen station for trains at the former headquarters of German chemical firm Hoechst AG, in Hoechst, the suburb of Frankfurt, Germany, August 9, 2022. REUTERS/Wolfgang Rattay/File Photo

FRANKFURT, Dec 15 (Reuters) – Germany's Gascade, Ontras and terranets have agreed to convert high-pressure gas pipelines to transport low-carbon hydrogen from the Baltic Sea all the way the south of the country by 2025, the companies said on Thursday.

The three pipeline companies are creating a 1,100 kilometre 683.5 miles) north-south hydrogen corridor as European policymakers and industry embrace hydrogen as a way to reduce dependence on gas and meet climate goals provided it is produced using renewable energy.

"Through the project, we want to advance the efforts of society, business and the government to turn around our own energy supply – sustainably and securely," Christoph von dem Bussche, managing director of Gascade, said.

While the European Union has a goal of net zero emissions by 2050, the Ukraine war has also sharpened the focus on security of supply and ending dependence on Russian gas.

Critics of hydrogen, however, say its manufacture wastes expensive energy and industry is using its advent to extend the use of gas, which as a fossil fuel should be eliminated as soon as possible.

The gas companies say hydrogen can be part of a new electricity paradigm and effectively serves to store renewable power from sources such as wind and sunshine converted into hydrogen at electrolysis plants, which can be transported on a large scale.

The plan, dubbed "Flow – making hydrogen happen" aims to convert existing high-pressure gas pipelines with feed-in capacity of up to 20 gigawatt (GW), offering the equivalent of the power capacity of 20 nuclear plants.

Initially serving Germany, the aim is for it to be connected to the Danish island of Bornholm in 2027 and add links to Austria, the Czech Republic, Poland and France from 2030.

Tesla in pole position in Norway’s race to EV goal