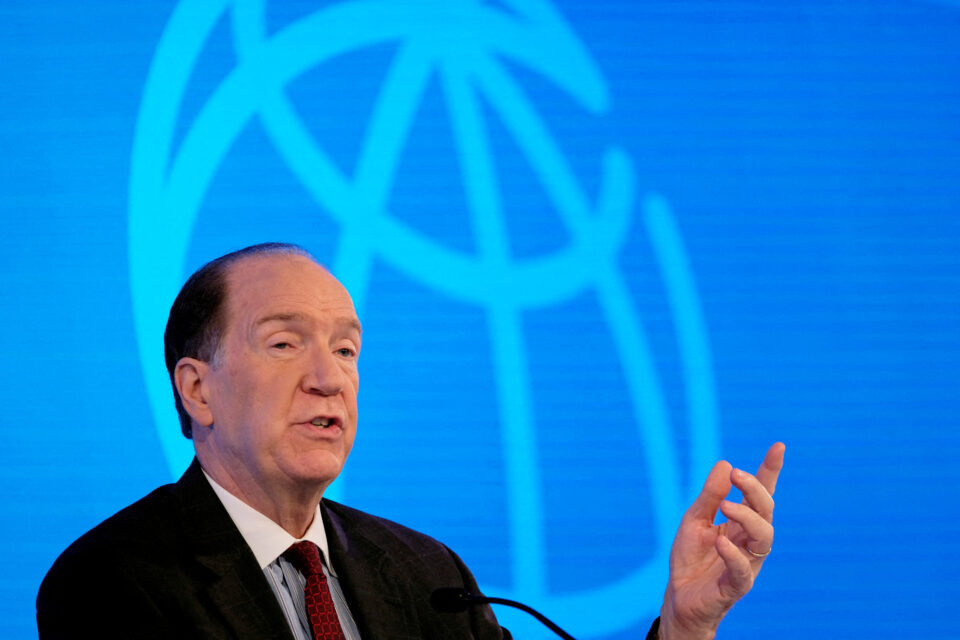 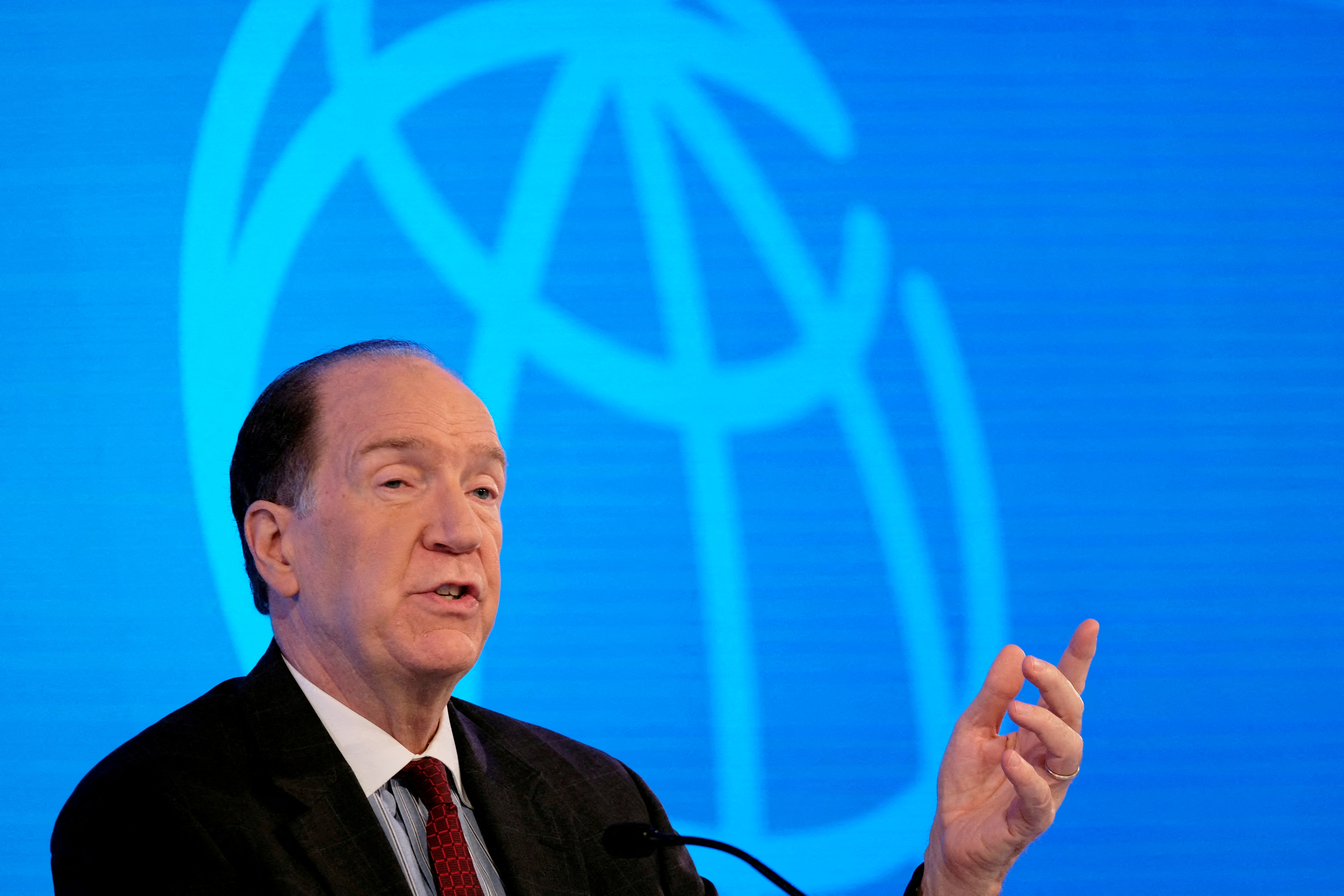 World Bank President David Malpass holds a news conference at the headquarters of the International Monetary Fund during the annual meetings of the two organizations in Washington, U.S., October 13, 2022. REUTERS/James Lawler Duggan/File Photo

The World Bank's annual report on global debt statistics, due out next month, makes clear that private sector creditors also needed to participate in debt reductions, Malpass told Reuters in an interview on Friday.

The Group of 20 major economies and the Paris Club of official creditors created a common framework for debt treatments in late 2020 to help countries weather the fallout of the COVID-19 pandemic, but its implementation has been halting.

The creditors of Chad reached the first agreement negotiated under the framework this week, but it leaves the country's longer-term debt sustainability in question because it does not include actual debt reduction, Malpass warned on Friday.

The World Bank, the International Monetary Fund and Western officials have become increasingly vocal about their frustration with China, now the world's biggest official bilateral creditor, and private sector lenders for not moving forward more quickly.

Preliminary data released by the World Bank in June showed the external debt stock of low- and middle-income countries rose, on average, 6.9% in 2021 to $9.3 trillion, outpacing the 5.3% growth seen in 2020.

"It shows that the amount of debt grew substantially … and the amount owed to China is some 66% of the total for the official bilateral creditors," he said, adding that Chinese entities were also big commercial creditors.

"The report makes clear that debt reduction needs to extend broadly to include the private sector and China," Malpass said, adding that the overall debt issue would be a big topic at the upcoming meeting of G20 leaders.

"There will be a recognition of the severity of the problem," Malpass said, although he said there had been "little uptake" of his push for an immediate freeze in debt payments when countries sought relief under the G20 common framework and other reforms aimed at speeding up debt restructuring efforts.

IMF and World Bank officials say 25% of emerging market and developing economies are in or near debt distress, and the number rises to 60% for low- and middle-income countries. Climate shocks, interest rate increases and inflation had heightened pressures on economies still recovering from COVID.

Malpass said China had been a reluctant player in the slow-moving process to date. "They're mostly an observer," he said.

Malpass also called for faster work on a debt restructuring for Zambia, which first requested help under the common framework in early 2021.

"There's an urgency to getting it done so that the debt reduction can occur and Zambia can begin attracting the new investment that's needed," he said.

For both Chad and Zambia, it was critical to speed up the process and enact real debt reductions, he said. "The longer the process goes on, the harder it is for the for the country and the people in the country to get back on their feet."