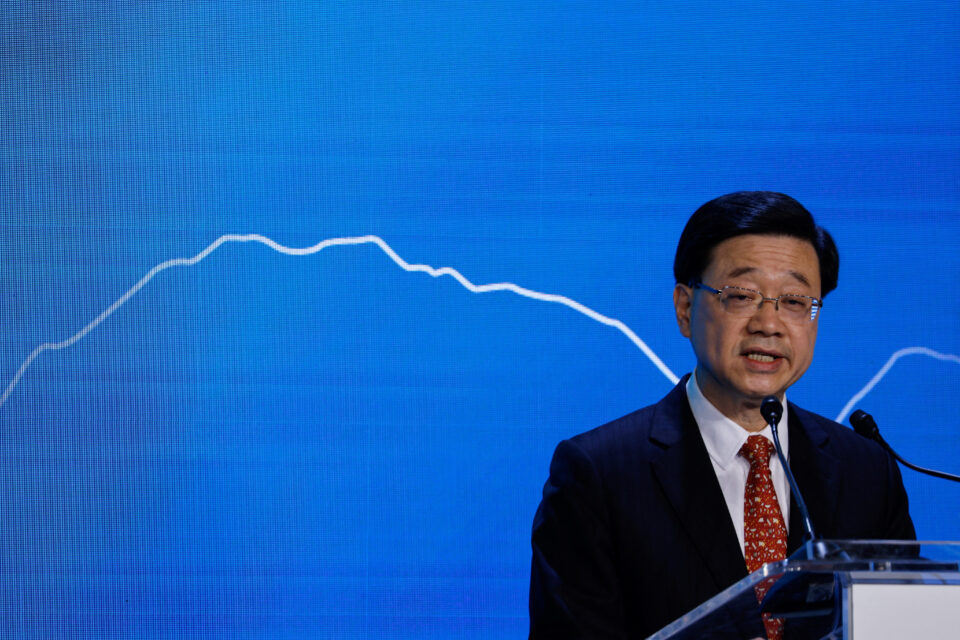 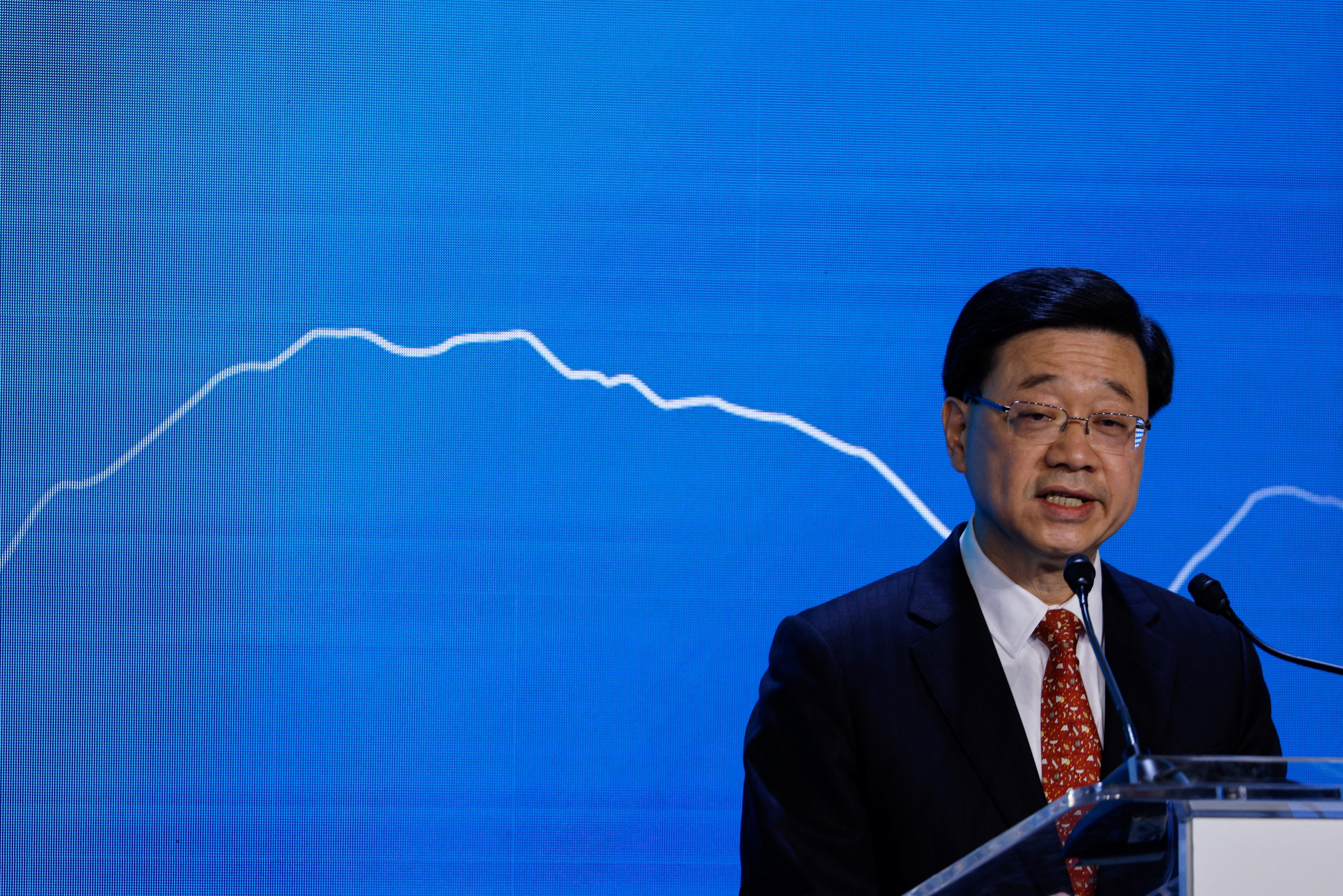 HONG KONG, Nov 2 (Reuters) – Hong Kong leader John Lee on Wednesday pitched the city's connection with China in an address to some of the world's top financial executives, as he strives to rebuild the Chinese territory's COVID-hit image as a major financial hub.

The conference is the biggest corporate event in Hong Kong, since it shut its borders in 2020 and put in place rolling restrictions to combat the pandemic. Those measures have badly hit the economy and have resulted in an exodus of talent.

Some of the world's biggest banking bosses, including Goldman Sachs' (GS.N) David Solomon and Morgan Stanley's (MS.N) James Gorman, are in Hong Kong for the first time in almost three years for the summit.

For foreign financial firms operating in China and Hong Kong, the summit comes as they navigate tensions between the United States and China. A depleting pool of talent in Hong Kong, often described as "Asia's world city" is also creating a major challenge.

"Hong Kong remains the only place in the world where the global advantage and the China advantage come together in a single city," Lee told roughly 250 summit participants, mostly comprising of local financial executives.

"This unique convergence makes Hong Kong the irreplaceable connection between the mainland and the rest of the world."

Besides stringent COVID restrictions, Hong Kong's outlook as a premier financial centre has also been clouded by anti-government protests in 2019 and the imposition of a sweeping national security law a year later.

Lee said that Hong Kong was working to attract top talent to offset a major brain drain seen in the past three years due to the pandemic rules.

"As have many other major cities worldwide, Hong Kong has been through ups and downs over the years but our resilience remains remarkably unmatched," he told the summit.

Global financial institutions have for long betted on Hong Kong as a gateway to China, to tap into the world's second-largest economy and its trillions of dollars worth of financial markets.

Authorities, he said, were keen for more international companies to list in Hong Kong to grow the city's capital market activities.

Hong Kong's new share listings are worth $10.77 billion so far in 2022, the lowest level since 2017, compared with $37.7 billion at the same time last year, according to Refinitiv figures.

Goldman Sach's Solomon told the summit it could take up to six quarters for the world to 'rebalance' after a period of uncertainty.

"There's still a significant amount of uncertainty as we get into 2023," he said. "My expectation is that equilibrium will come more into balance in the coming quarters."

"What keeps me up is the possibility of rising tensions around the world that could lead to serious threats to instability," he said.

Morgan Stanley's Gorman said that the biggest risk the world currently faced was the high level of inflation.

Meanwhile, UBS Group (UBSG.S) Chairman Colm Kelleher said that the bank keenly awaited the next step in China's management of the pandemic which is considered the strictest in the world.

As part of its zero-COVID strategy, China has continued to impose lockdowns, even for a small number of positive cases, even as the rest of the world has shifted towards easing nearly all restrictions.

"We are waiting for zero COVID and the opening up of China to see what will happen," he said.