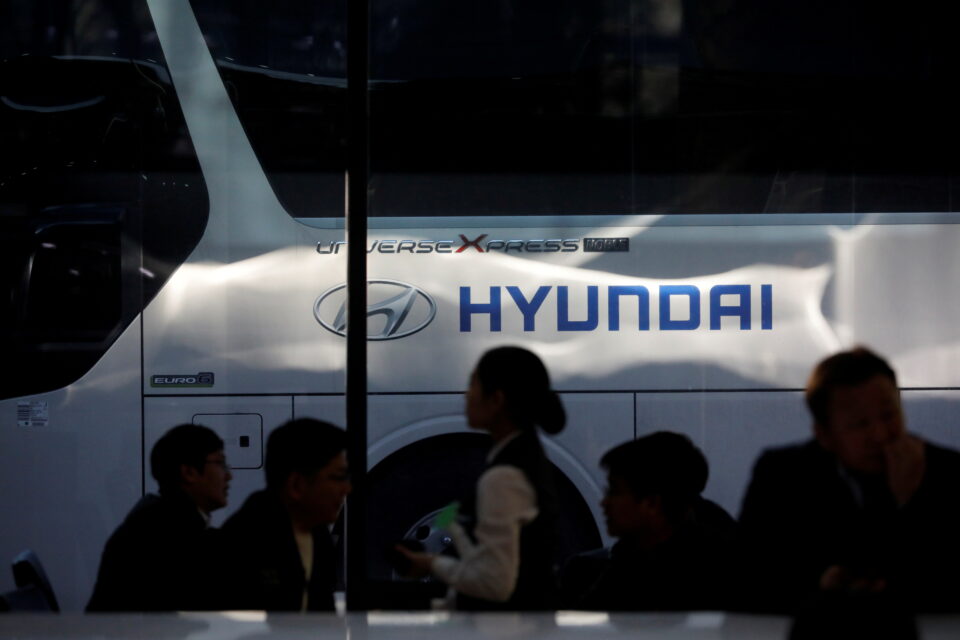 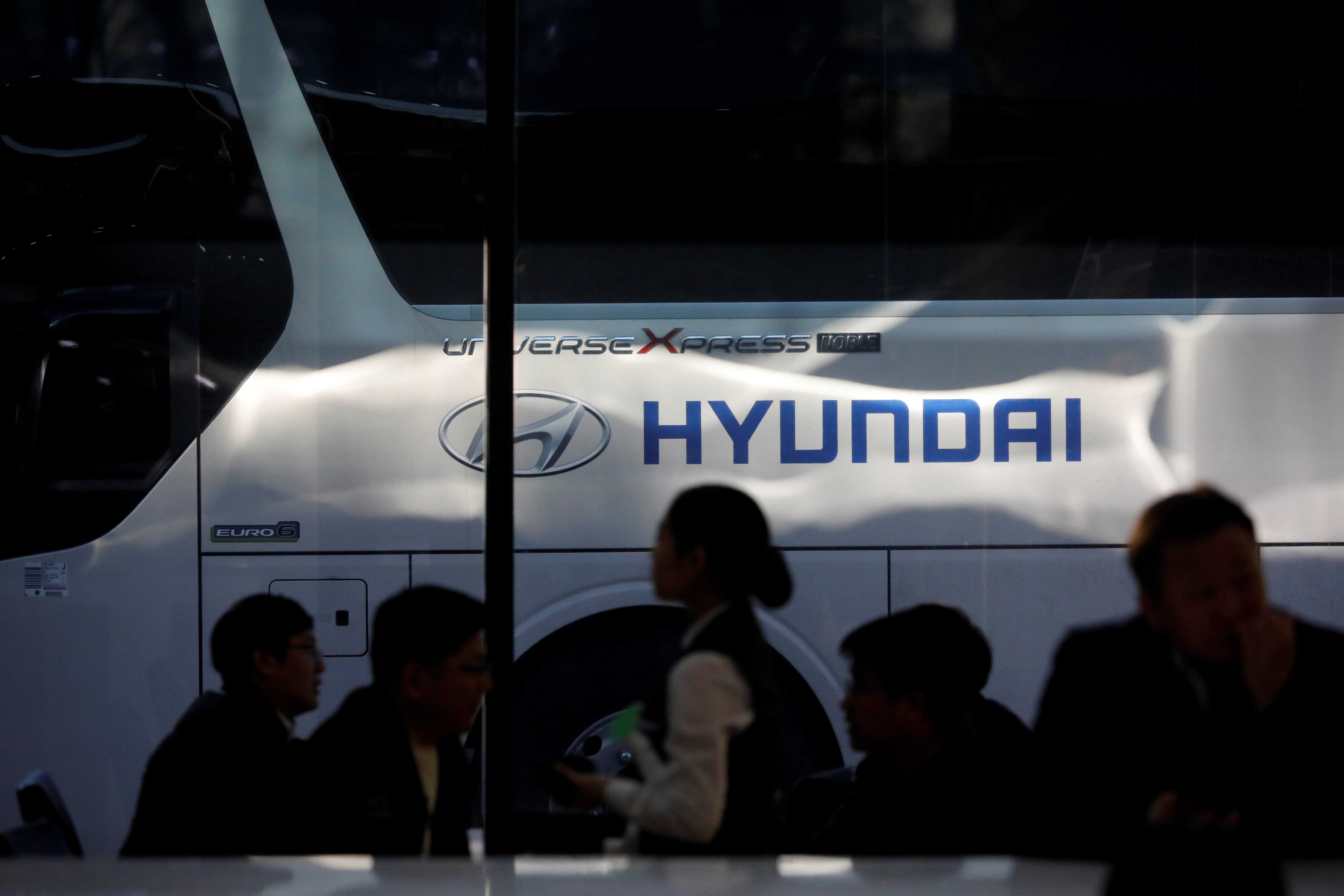 The logo of Hyundai Motors is seen at the company's headquarters in Seoul, South Korea, March 22, 2019. REUTERS/Kim Hong-Ji/File Photo

Hyundai plans to begin commercial production in the first half of 2025 with an annual capacity of 300,000 units. The Oct. 25 groundbreaking for the Hyundai Group "metaplant" in Savannah, Georgia is part of the Hyundai Group’s "commitment of $10 billion by 2025 to foster future mobility in the U.S., including production of EVs," the company said.

The groundbreaking comes amid anger from Korea and the European Union over U.S. electric vehicle tax policy.

The Inflation Reduction Act, signed by Biden in August, requires EVs assembled in North America to qualify for tax credits in the United States, but excluded Hyundai and its affiliate Kia Corp (000270.KS) from EV subsidies, as they do not yet make the vehicles there, along with major European automakers.

The law made about 70% of EVs immediately ineligible for the tax credits of up to $7,500 per vehicle.

Biden has also repeatedly praised investments by major foreign automakers to build electric vehicles and battery plants in the United States, including an announcement on Tuesday by Honda Motor (7267.T) and LG Energy (373220.KS) that they would locate a $4.4 billion battery plant in Ohio.

Biden gave the assurance in a letter to South Korean President Yoon Suk-yeol, who had asked the U.S. president last month for help to allay Seoul's concerns that the new U.S. rules would hurt South Korea's automakers, Reuters reported.

As a result of the August law, only about 20 EVs qualify for subsidies under the new rules, among them models from Ford Motor Co and BMW (BMWG.DE).