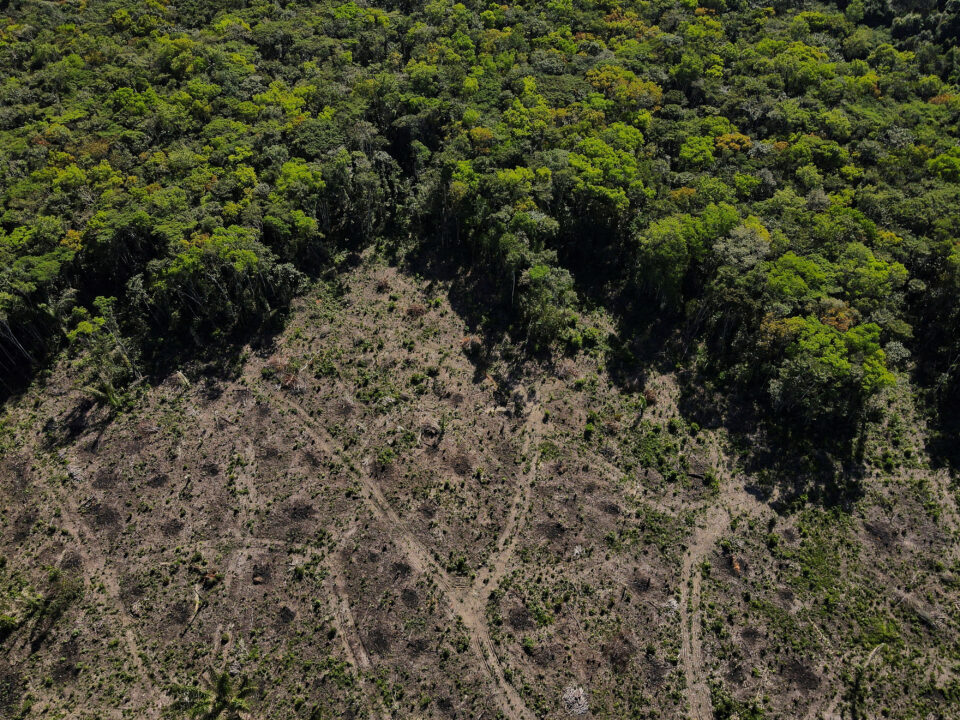 SAO PAULO, Nov 5 (Reuters) – One year after more than 140 countries pledged to halt all deforestation by 2030, little has been done to finance protections or pass new conservation laws, experts say.

The pledge was praised widely at last year's COP26 climate summit, particularly as Brazil, Indonesia and Congo all signed on. The three countries together comprise more than half of the world's tropical rainforests.

"What became of those pledges? Are we on track to meet them? The short answer … is no," said Erin Matson, who coordinated non-profits in producing the Forest Declaration Assessment report last month.

To fulfill the pledge, the world would need to ensure 10% less area is deforested on average each year from 2021 to 2030. Instead, deforestation fell only 6.3% last year, as two of the three rainforest nations faced early stumbles.

The report draws on data from the Global Forest Watch monitoring project, and looks at developments in financing, conservation laws and sustainable food production.

Most countries under the pledge have yet to detail plans for passing stronger forest protections or implementing them. Global financing toward the goal totals about $2.3 billion a year — far from the annual $460 billion that the assessment says is needed.

Experts hope next week's COP27 conference in Sharm el-Sheikh, Egypt, will encourage more investment from companies and countries seeking to offset their emissions by preserving and regrowing forests.

Negotiators at the summit will be working to finalize rules for global offsets trading, with a view to having the system in operation by 2025, said Laura Albuquerque, senior manager at consultancy WayCarbon. Failure to reach agreement at COP27 would push that timeline back at least a year.

"COP will give an important signal for the forest sector," she said. "It is extremely important for bringing in investment."

The biggest rainforest country also leads the world in deforestation, as the Amazon falls rapidly to illegal logging, agriculture and land speculation.

The destruction has surged since right-wing President Jair Bolsonaro took office in 2019, rolling back environmental protections and seeking to develop the region. Despite this, Bolsonaro's government pledged last year to end Brazilian deforestation by 2028.

Preliminary government data shows Brazil far off that track, with forest clearing rising another 23% in 2022 after hitting a 15-year high in 2021.

Environmentalists and scientists hope the situation will reverse following last month's election of Luiz Inacio Lula da Silva, who promises a slew of actions to combat deforestation and climate change. But the world must push Lula to deliver such changes, they said.

"Pressure from the international community on Lula is just as welcome," said ecologist Rita Mesquita with Brazil's National Institute of Amazonian Research. "We need zero deforestation."

Lula plans to attend COP27, ahead of taking office in January, in a bid to reestablish Brazil's leadership on deforestation and climate change, his advisers told Reuters.

They say the president will work immediately to protect the Amazon, including boosting resources to police deforestation that had been cut by Bolsonaro.

"The commitment is to reverse the trend (in 2023), and this will take a lot of work," Izabella Teixeira, former environment minister under Lula, told Reuters.

Democratic Republic of Congo's deforestation rate over the past 20 years is the highest in its history, driven by poverty and lawlessness, according to the U.N. Food and Agricultural Association.

With the world's second-largest rainforest, Congo has struggled to stop people from clearing trees for firewood or subsistence farming, illegal logging and even industrial development.

The government promised after COP26 to improve forest safeguards, but has yet to show any concrete efforts to do so. Instead, Congo drew international condemnation for a plan to open areas of pristine rainforest and carbon-rich peatlands to oil and gas drilling.

"Deforestation is at its peak in the provinces due to the lack of an energy policy," said Guillaume Tshitende, a research scientist at the country's Kolwezi University.

Among the three rainforest nations, only Indonesia has managed to curtail deforestation since last year – continuing a six-year trend that's been encouraged by a combination of market forces, business pressure, and improvements to law enforcement and forest management.

The government in 2019 stopped issuing permits for clearing primary forests and peatlands for plantations and logging. Deforestation driven by land-clearing for palm oil plantations continued to slow in the first seven months of the year – even as palm oil prices soared.

Norway also agreed in September to pay Indonesia to cut its carbon dioxide emissions through protecting forests and peatlands, as Indonesia works toward restoring the area as a "carbon sink," meaning it would absorb more CO2 than is emitted.