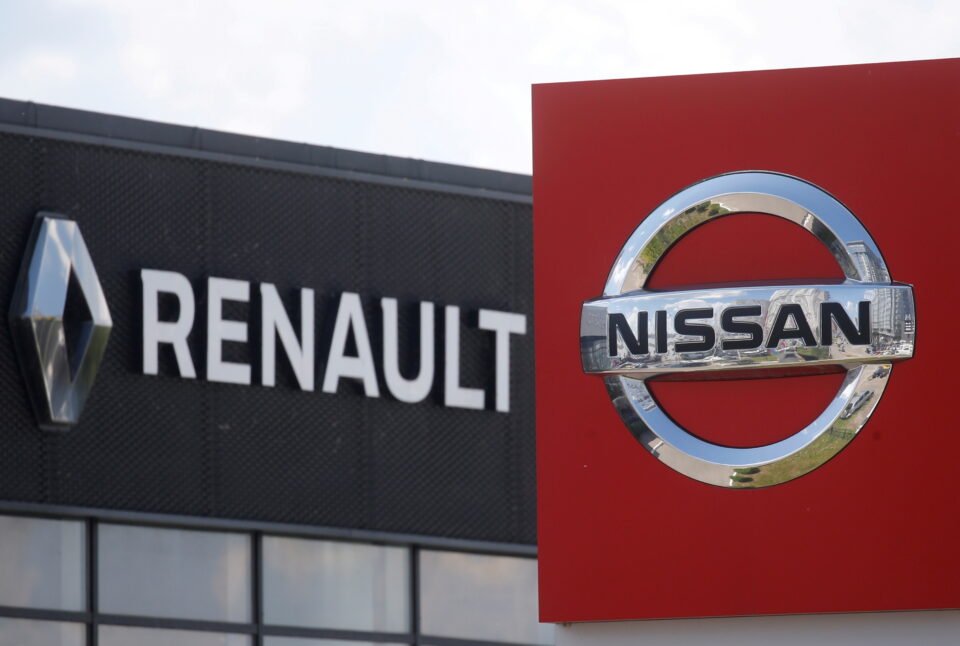 The logos of car manufacturers Nissan and Renault are pictured at a dealership Kyiv, Ukraine June 25, 2020. REUTERS/Valentyn Ogirenko/File Photo

Jan 4 (Reuters) – Japanese automaker Nissan Motor Co (7201.T) and French automaker Renault SA (RENA.PA) have agreed to restrict the use of the intellectual property they developed together in a new company established by Renault, according to a report by Nikkei on Wednesday.

The sharing of technology had emerged as a sticking point between Renault and Nissan Motor as the pair negotiated an overhaul of their decades-old partnership, Reuters reported in October.

The French and Japanese automakers have been in talks about the future of their alliance, including Nissan potentially investing in an electric vehicle business being spun out of Renault.

At the same time, Renault and China's Geely (0175.HK) had agreed to launch a new, equally held joint venture code-named "Horse" that would supply gasoline engines and hybrid technology to the brands they own, as well as to other automakers.

Renault had told Nissan that it wanted to use patents and other IP jointly acquired with Nissan in the new venture, the report said citing sources.

However, Nissan had raised concerns about the treatment of IP, including battery and powertrain technology.

Nissan said it would not allow the use of joint IP for products to be offered in the United States and China to forestall competition with the new company and prevent technology leaks, the Nikkei report said.

Nissan wants to ensure that key internal-combustion and hybrid technology it owns is protected in any deal Renault strikes with Geely, Reuters reported in November.

Nissan did not immediately respond to a Reuters request for comment outside regular office hours. A spokesperson for Renault declined to comment.