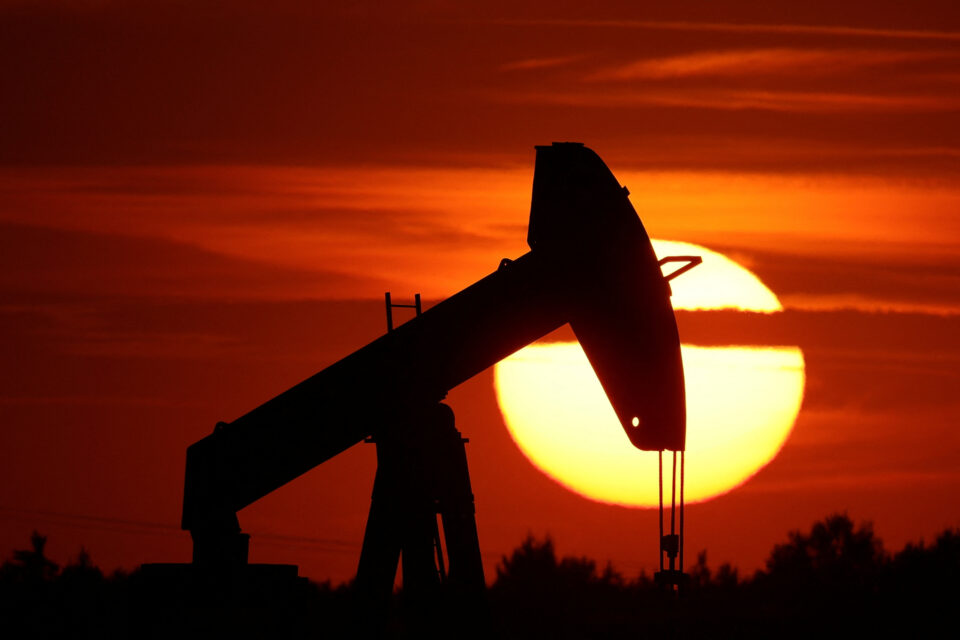 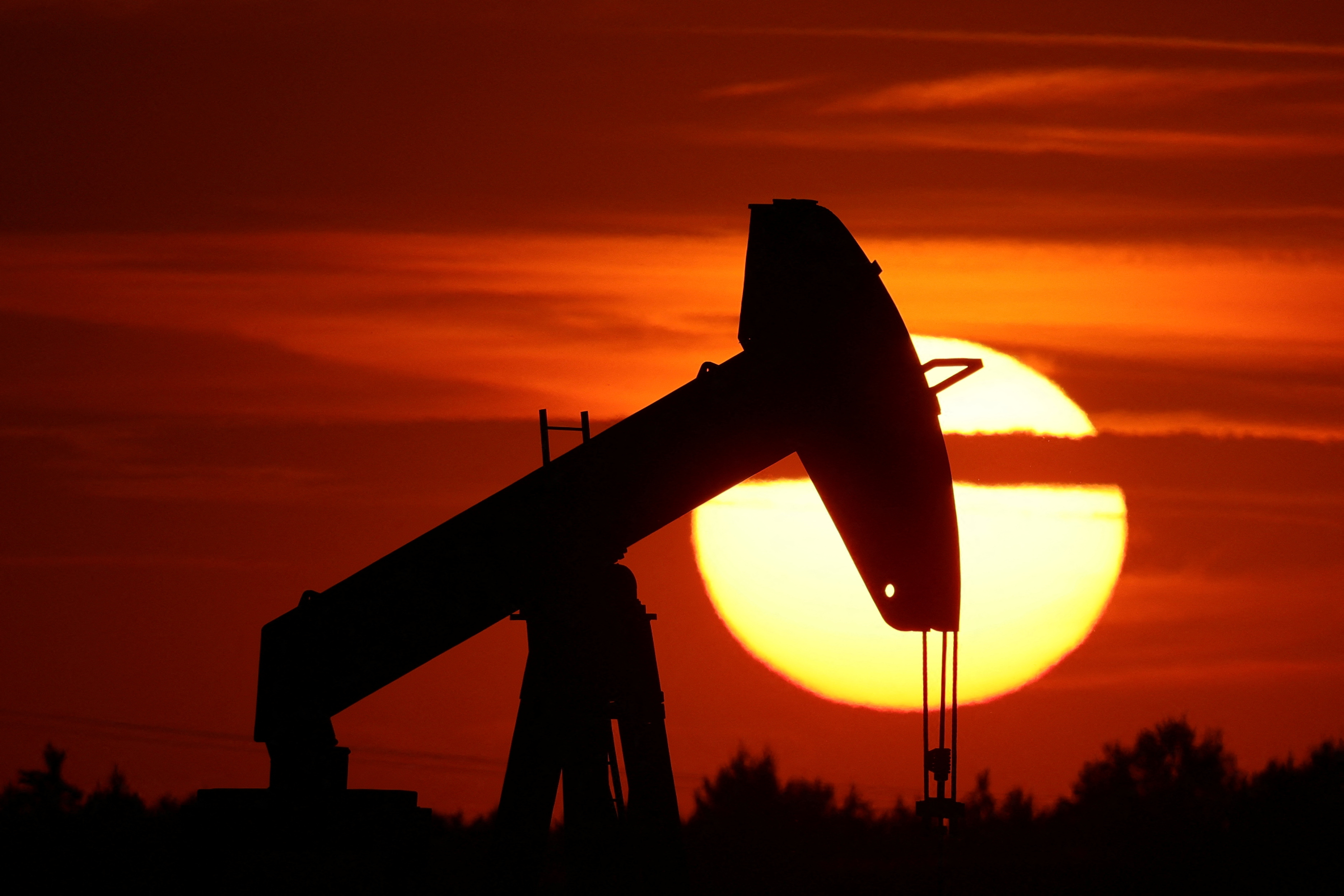 An oil pump of IPC Petroleum France is seen at sunset outside Soudron, near Reims, France, August 24, 2022. REUTERS/Pascal Rossignol

SINGAPORE, Oct 14 (Reuters) – Oil prices reversed earlier losses and inched up in Asian trade on Friday, supported by a weaker U.S. dollar and as diesel inventories fell, while Saudi Arabia and Washington continued to clash over plans by OPEC+ to slash production.

Both contracts however were down for the week by about 3% after two prior weeks of gains amid recession concerns.

"The softened U.S. dollar and the strong rebound in risk assets lifted oil prices, the rebounding momentum may continue into today's Asian session," said Tina Teng, an analyst at CMC Markets, as a weaker dollar usually makes dollar-denominated commodities like oil cheaper for holders of other currencies.

"OPEC+'s output cut will keep supporting crude prices, along with a possible recovery in China's demand in the fourth quarter if Beijing loosens up COVID curbs," Teng added.

China, the world's largest crude oil importer, has been fighting a COVID rebound after its week-long National Day holiday earlier this month and just ahead of a key Communist Party Congress where President Xi Jinping is expected to extend his leadership. The country's infection tally is small by global standards, but it adheres to a zero-COVID policy.

Meanwhile, Saudi Arabia and the United States continued to clash over a decision by the Organization of Petroleum Exporting Countries and allies, known as OPEC+, last week to cut its oil production target. Saudi Arabia, OPEC's de facto leader, rejected criticisms by Washington as "not based on facts" and that the U.S. request to delay the cut by a month would have had negative economic consequences.

The White House said it presented the Saudis with an analysis that showed the reductions could hurt the global economy and alleged the Saudis pressured other OPEC members on a vote. Officials with both countries are expected to continue discussions soon.

Oil prices were also supported by a steep drawdown in distillate stocks that came as heating oil demand is expected to rise as winter approaches.

Distillate stockpiles (USOILD=ECI), which include diesel and heating oil, fell by 4.9 million barrels to 106.1 million barrels, their lowest since May, versus expectations for a 2 million-barrel drop, according to the U.S. Energy Information Administration on Thursday.

This comes amid a larger-than-expected surge in U.S. crude oil in storage, along with a rise in gasoline stocks. Crude inventories grew by 9.9 million barrels in the week to Oct. 7 to 439.1 million barrels, added the EIA, far larger than analysts' expectations in a Reuters poll for a 1.8 million-barrel rise. ​

"The market ignored the 10 million barrel build of U.S. crude inventories last week and focussed on a drop of 4.9 million barrels in distillate inventories ahead of heating demand," said ANZ Research in a Friday note, adding that developments such as OPEC+'s oil output cut and Russian oil sanctions "create a perfect backdrop for volatile prices."

RegisterReporting by Laila Kearney in New York and Emily Chow in Singapore; Editing by Stephen Coates and Sam Holmes