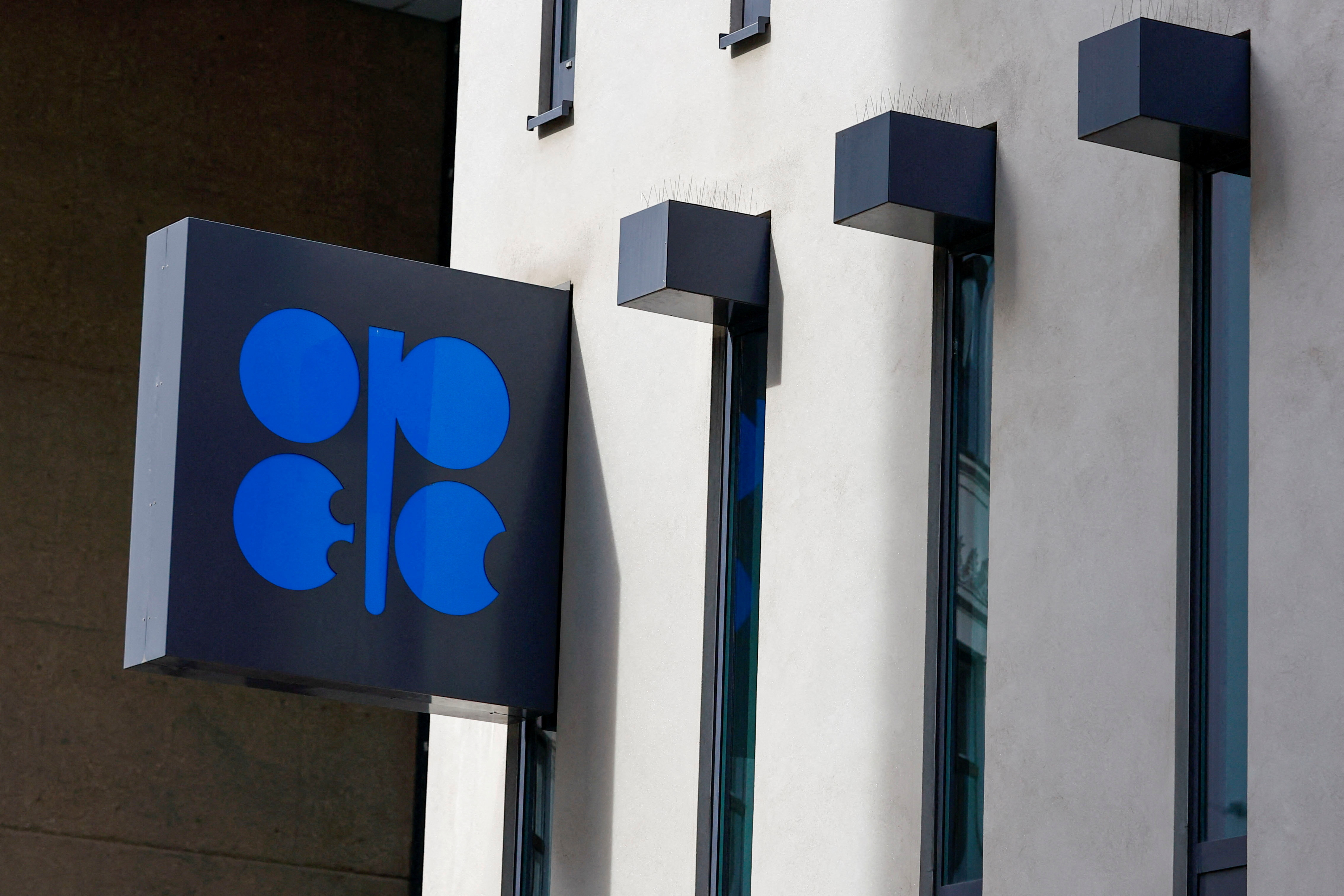 An OPEC sign is seen on the day of OPEC+ meeting in Vienna in Vienna, Austria October 5, 2022. REUTERS/Lisa Leutner/File Photo

LONDON, Dec 1 (Reuters) – OPEC+ is widely expected to stick to its latest target of reducing oil production by 2 million barrels per day (bpd) when it meets on Sunday, but some analysts believe that crude prices could fall if the group does not make further cuts.

The Organization of the Petroleum Exporting Countries (OPEC) and allies led by Russia, a group known as OPEC+, has switched its planned in-person meeting in Vienna on Dec. 4 to a virtual one, which sources in the group say signals the likelihood of it leaving policy unchanged.

The group agreed in early October to cut its oil production target by 2 million bpd from November until the end of 2023. Given production restraints on some members of the alliance, the actual cut the group is expected to deliver is closer to between 1 million and 1.1 million bpd.

OPEC+, sources told Reuters, now wants to assesses the impact of a looming Russian oil-price cap on the market and get a clearer picture of the oil demand outlook in China, the world's top crude importer, where an easing of stringent COVID-19 restrictions is expected after unprecedented demonstrations.

Some analysts, however, are not ruling out a surprise, and warn that with the current oversupply in the market, OPEC+ risks a collapse in the oil price if it doesn't curb its output targets further at the meeting.

"A further cut in production cannot … be ruled out," PVM Oil analyst Stephen Brennock said. "Failure to do so risks sparking another selling frenzy," he added, without saying how low he thought prices could go.

Brent crude prices , which hit a 14-year high above $139 a barrel after Russia's invasion of Ukraine, were trading around $88 a barrel on Thursday, staging a modest recovery from near one-year lows close to $80 a barrel hit earlier in the week.

China's economy squeezing COVID-19 restrictions and the European Union's failure to agree a level at which to cap Russian oil prices have been weighing on the market, with analysts at ING pointing to the recent weakness as a reason why further supply cuts "cannot be ruled out".

Amrita Sen, co-founder of consultancy Energy Aspects, told bank Jefferies that she did not expect OPEC+ to change tack yet.

Energy Aspects expects OPEC+ to return some barrels to the market after the second quarter of next year in order to balance supply and demand.

UBS analyst Giovanni Staunovo said that while a lack of clarity on Russian supplies may prompt OPEC+ to rollover its current quotas, weaker Chinese demand and the potential for new releases from the U.S. strategic petroleum reserve (SPR) may prompt the group to cut further.