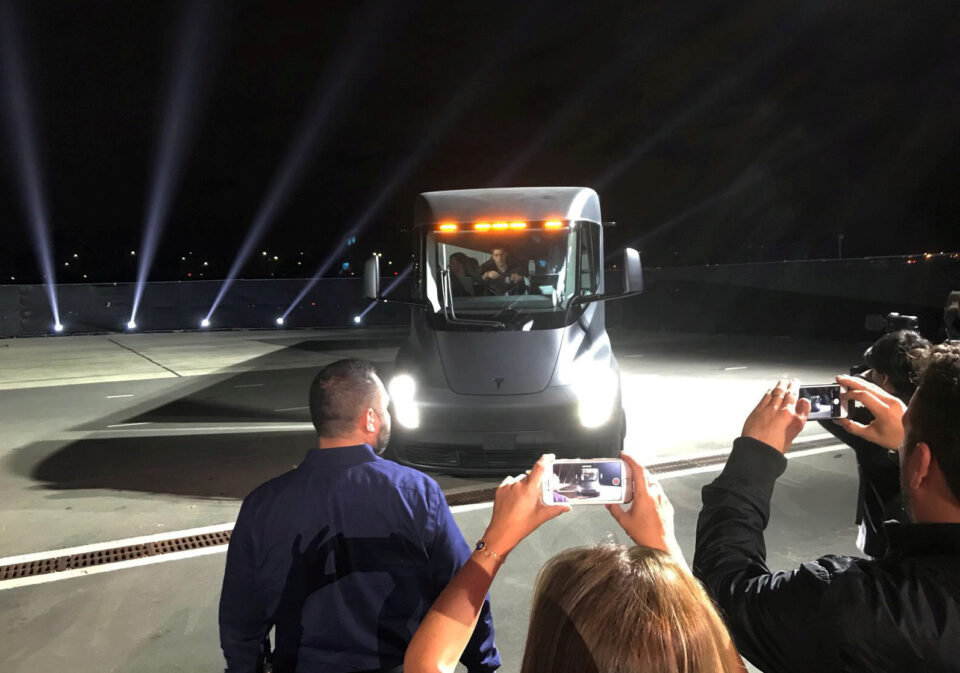 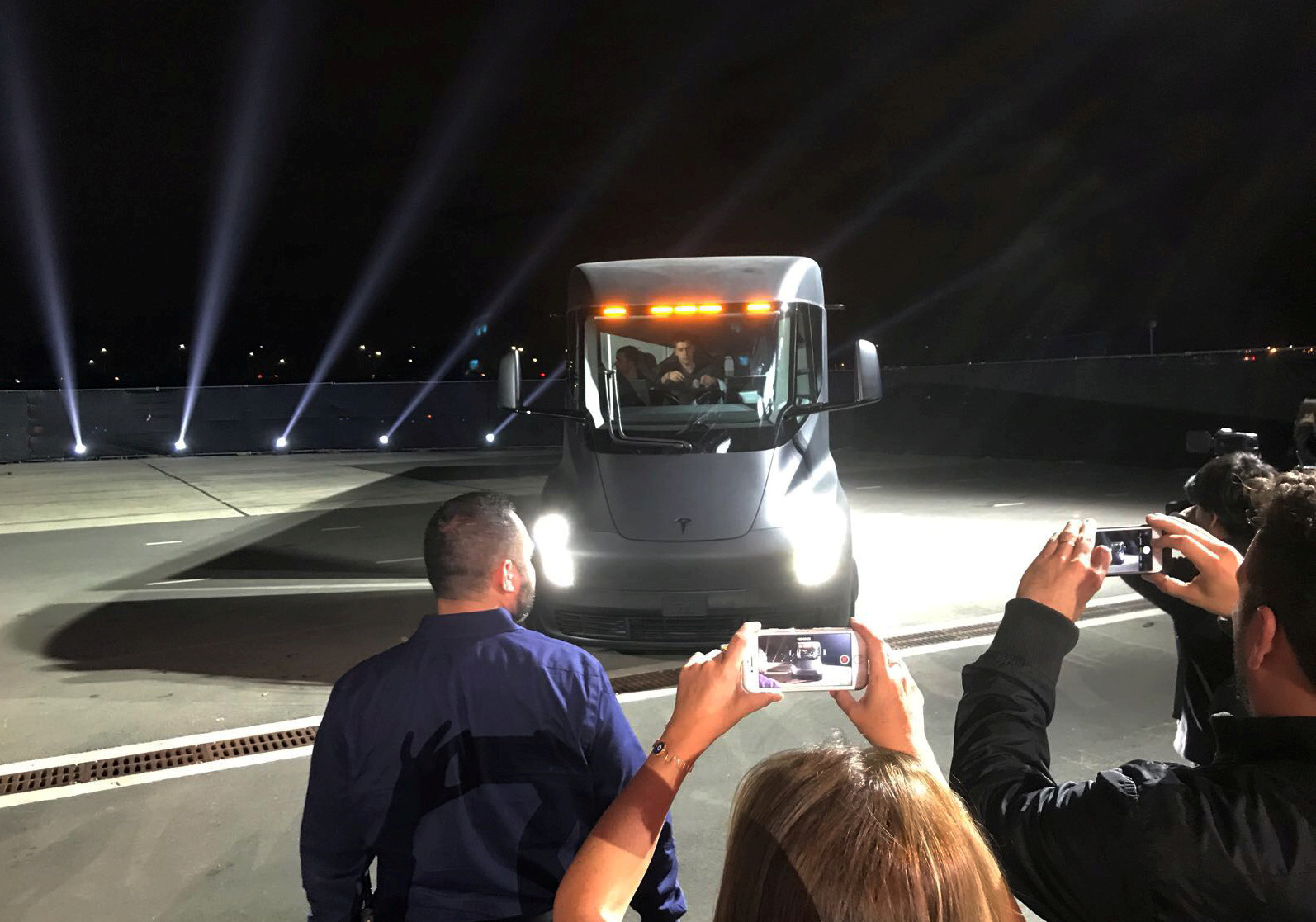 Oct 7 (Reuters) – PepsiCo Inc (PEP.O) confirmed on Friday it would take delivery of Tesla Inc's (TSLA.O) Semi trucks on Dec. 1, becoming the first company to receive its orders of the much-delayed electric vehicle.

PepsiCo said in a statement that the trucks would be used at its Frito-Lay plant in Modesto, California, and its PepsiCo beverages factory in Sacramento. PepsiCo has been aiming to reduce fuel costs and emissions, and reserved 100 of the trucks in 2017.

U.S. companies have pledged to take action to reduce their impacts on the environment, with PepsiCo aiming to achieve net-zero emissions by 2040.

Tesla Chief Executive Officer Elon Musk announced the start of production of the Semi truck late on Thursday on Twitter, saying the vehicles have a 500-mile (805 km) range and are "super fun to drive." read more

Musk initially said the trucks would be in production by 2019 but the timeline has been delayed by years due to parts shortages.

Walmart, UPS and Sysco did not respond to requests for comment on the status of their orders or delivery timings.

Neither Musk nor Pepsi disclosed the number of Semis that would arrive at the packaged food company in December. On its website, PepsiCo said it expects 15 of its trucks to deploy by the end of this year.

Tesla, on the other hand, has been struggling to deliver as many electric vehicles as it produces, which has hurt its share price. Musk is also trying to close his $44 billion takeover of Twitter Inc (TWTR.N), which has Tesla investors worried that the billionaire was spreading himself too thin. read more