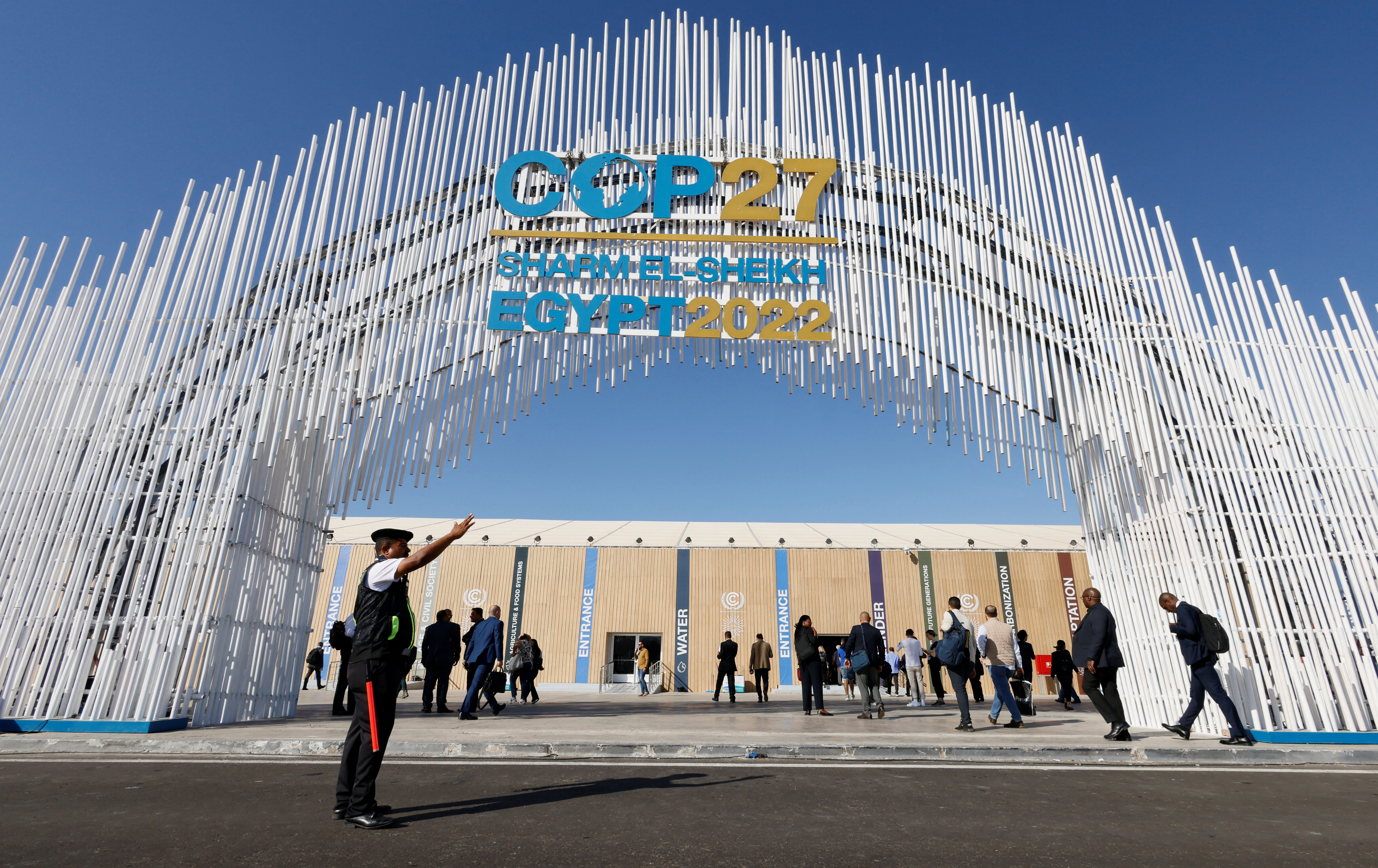 SHARM EL-SHEIKH, Egypt, Nov 9 (Reuters) – Finance took centre stage at the COP27 climate talks on Wednesday, with U.N. experts publishing a list of projects worth $120 billion that investors could back to help poorer countries cut emissions and adapt to the impacts of global warming.

A $3 billion water transfer project between Lesotho and Botswana and a $10 million plan to improve the public water system in Mauritius were among dozens of projects listed, including 19 in Africa.

"We can now show that a meaningful pipeline of investible opportunities does exist across the economies that need finance most," Mahmoud Mohieldin, one of the U.N. appointed experts, known as U.N. Climate Change High-Level Champions, said in a statement to accompany the report.

In an effort to answer the argument by private sector financiers that it's too risky to invest more in emerging markets, the experts, who help the COP host-governments engage with business, pulled together a list of projects that could be funded more quickly.

After a year of meetings with stakeholders around the world, they released the initial list so that banks and others can assess the projects.

"We now need a creative collaboration between project developers and public, private and concessionary finance, to unlock this investment potential and turn assets into flows," said Mohieldin, High-Level Champion for COP27.

However, another report released on Tuesday suggested that developing countries would need to secure $1 trillion in external financing every year by 2030, and then match that with their own funds, in order to meet the world's goal of preventing runaway climate change.

Getting money to low- and middle-income countries so they can build infrastructure, such as renewable energy plants needed to replace fossil fuels, has long been a focus for the U.N. climate talks. But progress has been slow.

"Even though the pipeline of interesting projects is there, they will require technical and financial help to get to a position where they can attract the right kind of finance," said Nigel Topping, High-Level Champion for COP26.

"We need all actors in the system to roll up their sleeves to make that happen," he said., "We won’t get anywhere near unlocking the scale of finance developing economies need if everyone continues to pass the buck."

The world's leading development banks lent $51 billion to poorer countries in 2021, with private investors contributing $13 billion, a recent report from the lenders said.

World Bank President David Malpass addressed delegates on Wednesday, running through the bank's climate efforts and involvement in a partnership under which Western nations would provide $8.5 billion to South Africa for its energy transition.

Malpass' arrival at COP27, originally scheduled for Sunday, was delayed when his flight from South Africa was hit by lightning, a source familiar with the matter told Reuters.

When asked in Wednesday's event about his past comments seen as downplaying climate change, Malpass again dismissed the allegation that he is a climate change denier.

Malpass has faced months of criticism from campaign groups and figures including former U.N. climate agency chief Christiana Figueres after answering a question in September at a New York Times event about whether he believed man-made emissions from the burning of fossil fuels was fuelling global warming. At the time, he had replied: "I don't even know. I'm not a scientist."

When the comments made international headlines, he clarified his remarks later in September and said it was clear greenhouse gas emissions were causing climate change.

For daily comprehensive coverage on COP27 in your inbox, sign up for the Reuters Sustainable Switch newsletter.

How to Become a Morning Person – Neuroscience News