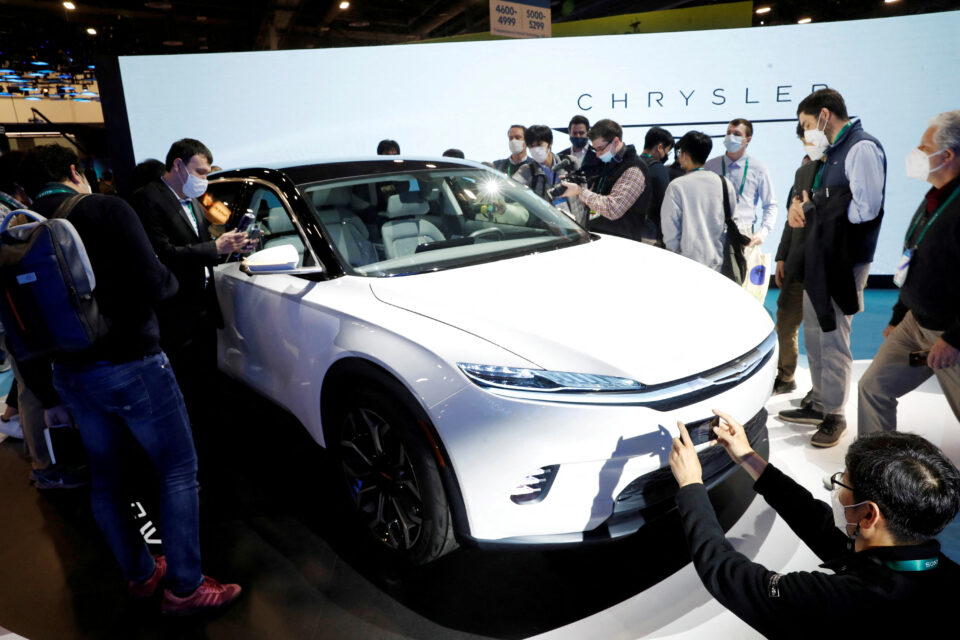 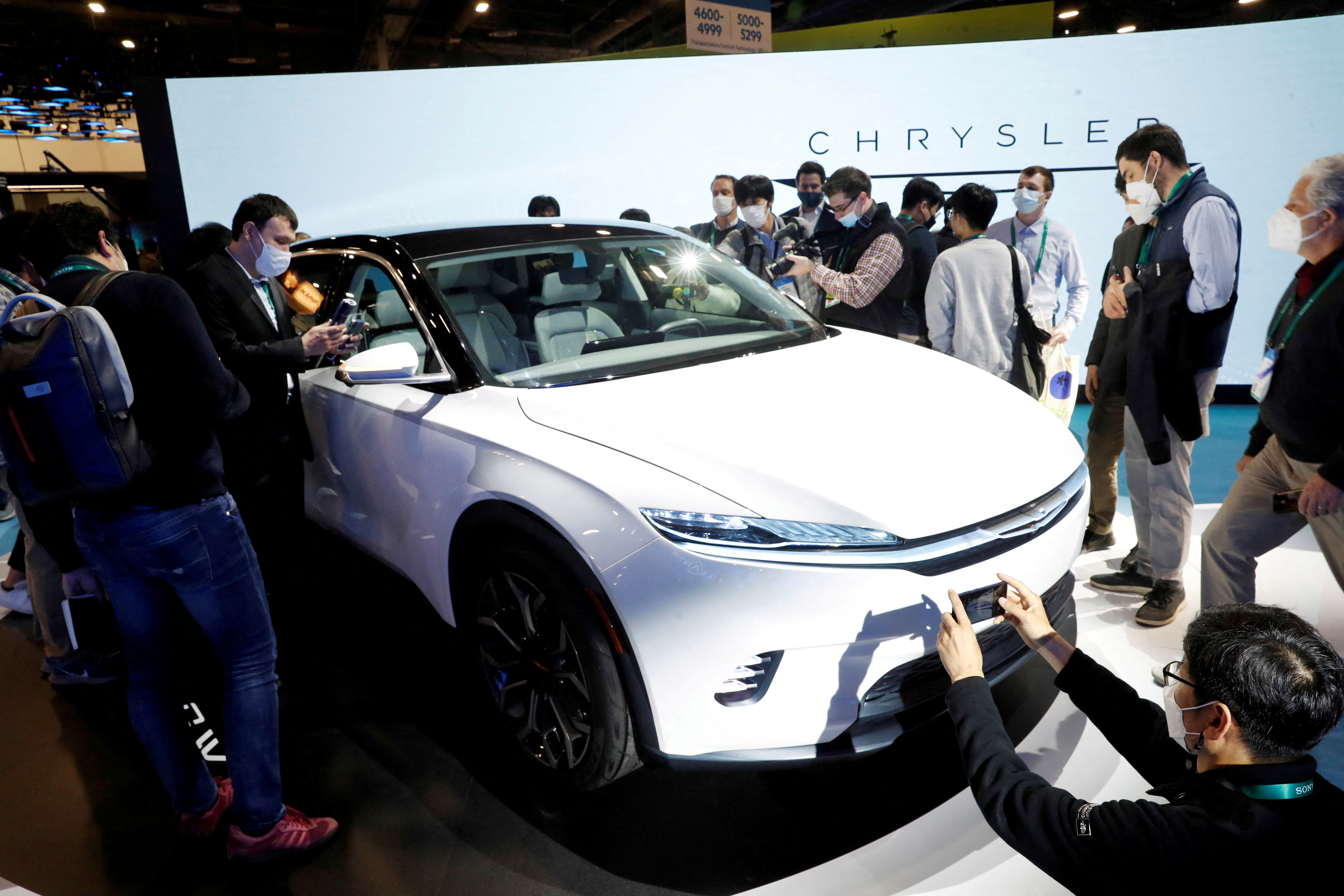 Attendees take a look at the Chrysler Airflow Concept electric vehicle after it is unveiled during CES 2022 at the Las Vegas Convention Center in Las Vegas, Nevada, U.S. January 5, 2022. REUTERS/Steve Marcus/File Photo

If India, with its low-cost supplier base, is able to meet the company's quality and cost targets by the end of 2023, it could open the door to exporting EVs to other markets, said Carlos Tavares, CEO of the group whose brands also include Peugeot and Chrysler.

"So far, Europe is unable to make affordable EVs. So the big opportunity for India would be to be able to sell EV compact cars at an affordable price, protecting profitability," Tavares told reporters at a media roundtable in India late on Wednesday.

Stellantis is investing heavily in EVs and plans to produce dozens of electric models in the coming decade, but Tavares warned last month that affordable battery electric vehicles were between five and six years away.

On his first visit to India since taking over as Stellantis CEO he said the company is still working out a plan regarding EV exports from the country and had not yet taken any decisions.

It also comes as Chinese EV makers are making inroads into Europe, aiming to win over buyers with more affordable cars having already stolen a march on most foreign rivals in China, the world's biggest market for EVs.

Stellantis is the latest to refocus its strategy in China where it now plans to be a niche player through its Jeep and Maserati brands, after it said its Jeep joint venture in the country will file for bankruptcy.

"There is a growing tension between China and the Western world. That is going to have a consequence in terms of business. The power that is best placed to leverage this opportunity is obviously India," Tavares said.

India, where Stellantis sells its Jeep and Citroen brands, accounts for a fraction of the carmaker's global sales, but Tavares said the company is not chasing volume and instead wants to ramp up slowly and profitably.

It plans to launch its first EV in the country – an electric model of its Citroen C3 compact car – early next year.

Stellantis already makes its own electric motors and battery packs, and also has plans to make battery cells. In India, too, Tavares wants to locally procure EV components, including batteries so it can be competitive on cost and price.

"EV today is mostly an affordability problem," he said. "It's not about technology."

Do You Underestimate the Impact of Being Kind? – Neuroscience News