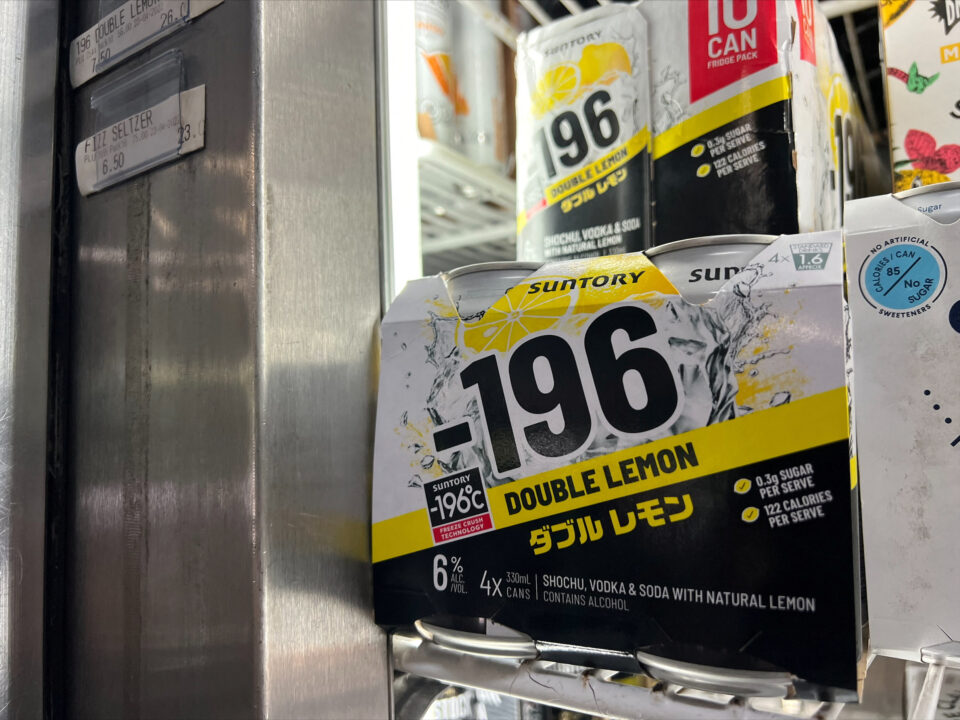 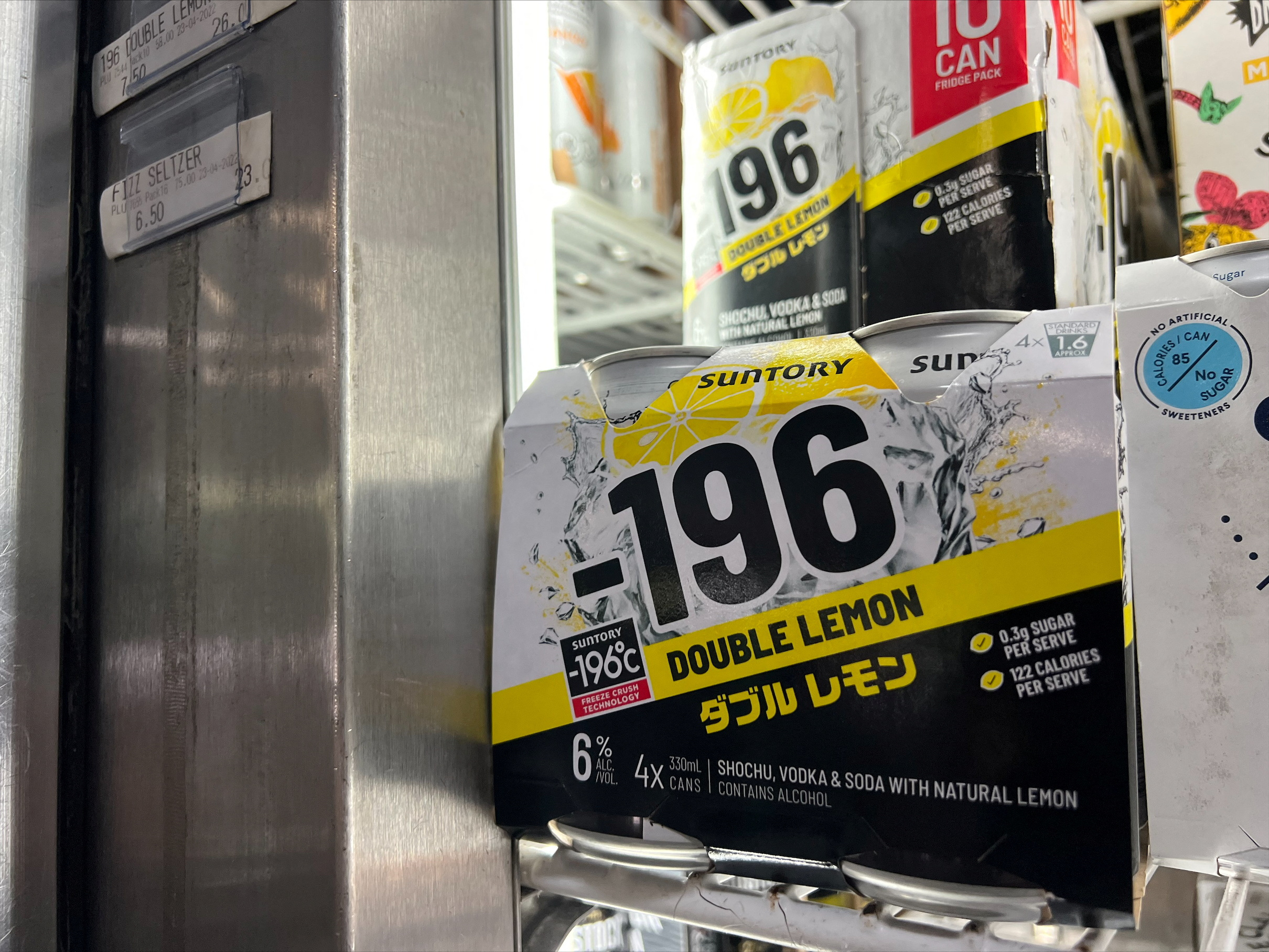 Now the company is aiming to replicate that success in North America, critical to its aim in becoming the global leader in the fastest growing alcoholic drinks segment.

Expanding overseas is also a matter of survival for Japanese drinks companies facing aging market at home and a shift away from alcohol among younger people.

"Australia is a very important test market for the global strategy," said Makoto Kitaura, a senior general manager at Suntory.

"If we have a success in Australia, then other Western countries like the U.S., the UK may have an interest to try a new brand. And we can see huge growth potential with the U.S. market."

The company tapped a localisation team to adapt its Japanese best seller Strong Zero for the Australian market: The lemony tang was tweaked, and the alcohol was dialled down from a hefty 9% to a more drinkable 6%.

It also branded the canned cocktail -196 Double Lemon in Australia, highlighting the extreme cold that Suntory claims it uses to extract flavours from fresh fruit.

"It sold out almost immediately after launching," said Alana House, the editor of Sydney-based Drink Digest.

The drink, price at about A$4.50 ($3.10) for an 11 oz can, had the advantage of being seen as a "cult" Japanese product, with a strong flavour profile and higher alcohol by volume (ABV) content, 6% versus 4.5% for a typical beer in the country, she added.

The market, known in the industry as ready-to-drink (RTD), saw double-digit sales growth during the pandemic, and Suntory believes global canned cocktail sales will double again from 2020 levels to more than $60 billion in 2030.

The next and most important hurdle in Suntory's worldwide ambition is tackling the massive U.S. market. The company already has a foothold following its 2014 takeover of Beam Inc, maker of Jim Beam whiskey. The company stood up a global canned cocktail division in March and its American-based team came to Tokyo in June to collaborate on strategy.

Suntory has made small inroads into the U.S. market via its Sauza cocktail collaboration with Boston Beer Co., which makes Truly.

The company did not say which canned cocktails from of its expansive catalogue it hopes to bring to U.S. shores. But Double Lemon would start at a disadvantage to entrenched competitor Mike's Hard Lemonade, which costs about $2.50 for a 12 oz can. Mike's became a runway hit after its debut 20 years ago, with marketing that some critics said appealed to young underage drinkers.

But logistics and taxes remain the bigger challenges. Suntory's historic strength is in spirits and U.S. distribution networks for spirits are narrower than those for beer and other malt-based drinks.

Meanwhile, canned cocktails that use hard liquor like vodka or gin are taxed at about 45 cents a can, compared with about 8 cents for the seltzers that use malt liquor. Double Lemon, for example, uses shochu, a traditional Japanese liquor distilled usually from sweet potatoes.

Also complicating the strategy, the canned cocktail market is highly fragmented and finely tailored to local tastes, with differences in alcohol bases, flavours, and drinking habits.

Yogurt-based drinks are popular in China, for example, while cider-like versions sell South Africa. The U.S. market has taken to light, berry-flavoured brews.

"What works in one market may not always work in another," said Brandy Rand, an analyst at IWSR Drinks Market Analysis. "It's a much harder category to translate to across borders. It's not like selling a Chardonnay or a vodka, categories that are known internationally."

Frontier Is Celebrating New Routes With a $69 Flight Sale