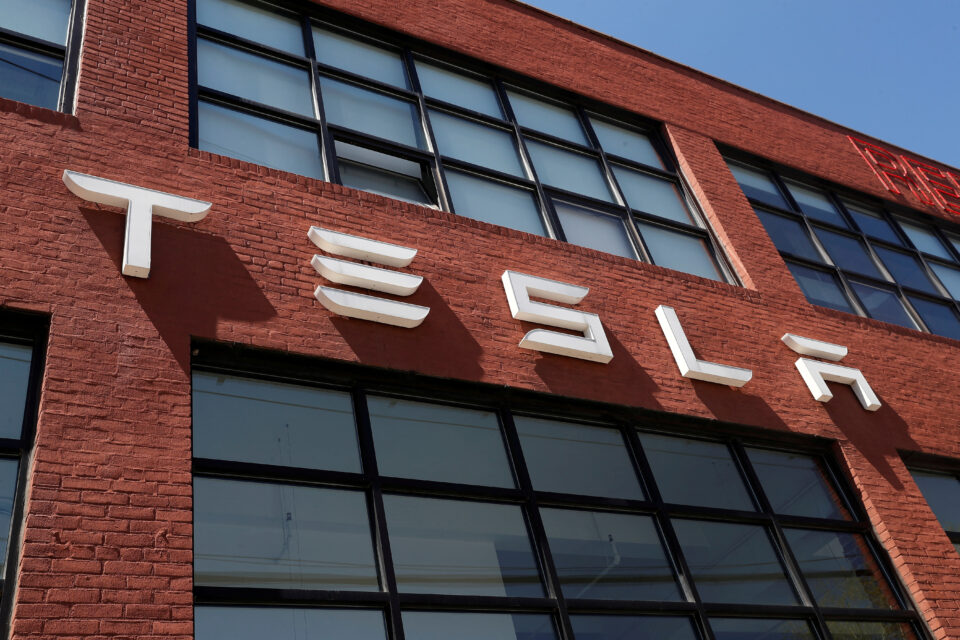 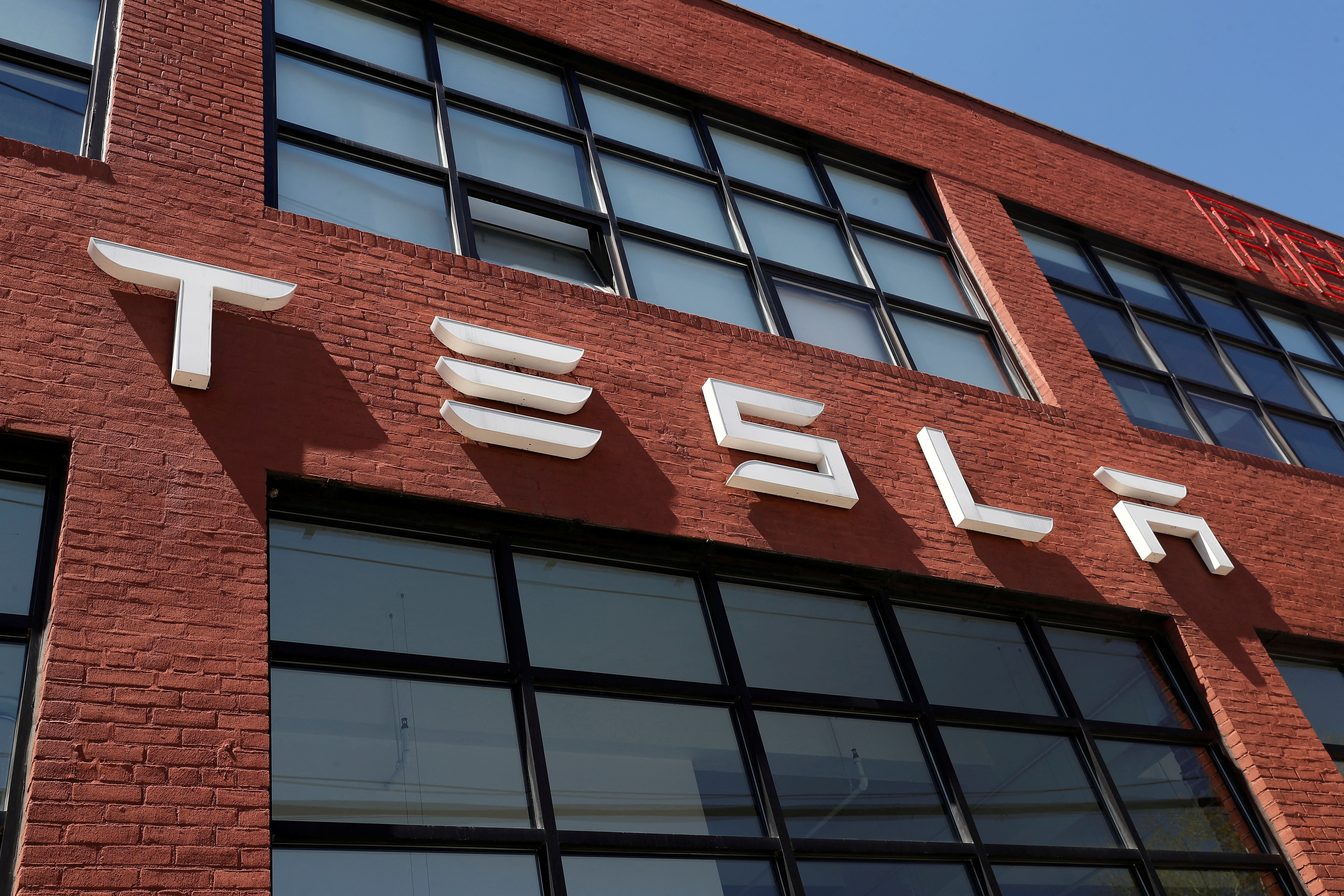 The TESLA logo is seen outside a dealership in the Brooklyn borough of New York City, U.S., April 26, 2021. REUTERS/Shannon Stapleton

Dec 22 (Reuters) – Tesla Inc (TSLA.O) shares are on track for their worst month ever as a sell-off deepened on Thursday over worries about softening demand for electric cars and Chief Executive Elon Musk's distraction with Twitter.

The stock dropped almost 10% on Thursday to their lowest level since September 2020 after the automaker's website showed it was offering $7,500 discounts on Model 3 and Model Y electric vehicles delivered in the United States this month.

Tesla's stock has tumbled 36% so far in December, putting it on track for its worst ever monthly performance. By comparison, Tesla's shares dropped 22% in March 2020, when the coronavirus pandemic tipped financial markets into a tailspin.

Musk's $44 billion takeover of Twitter in October has been marked by chaos and controversy, with some investors questioning whether the billionaire is too distracted to properly run Tesla. Musk has also sold almost $40 billion worth of his Tesla shares this year, adding to pressure on the stock as investors worry he could sell more to keep Twitter afloat.

Moreover, Tesla in October said it expected to miss its vehicle delivery target this year, and analysts have worried that rising interest rates and a troubled economy could dent demand.

Tesla's stock market value stood at over $600 billion when it joined the S&P 500 (.SPX) in December 2020, making it the sixth most valuable publicly listed U.S. company at that time. Since then, its market capitalization has shrunk to about $400 billion, and it is now the eighth most valuable company on Wall Street, just behind Exxon Mobil Corp (XOM.N), and just ahead of Tencent Holding Ltd (0700.HK).

Tesla's stock market value was recently overtaken by the combined values of Volkswagen AG (VOWG_p.DE), Toyota Motor Corp (7203.T), Hyundai Motor (005380.KS), General Motors Co (GM.N), Ford Motor Co (F.N) and BMW (BMWG.DE) for the first time in over a year, a major reversal after the stock soared nearly 2,000% from 2018 through their 2021 high. Tesla remains by far the top seller of electric vehicles.

With analysts increasingly worried about Tesla, the median analyst price target now implies a market capitalization of just over $800 billion, down from $1.1 trillion in April, according to Refinitiv data.

What Pretend Play Tells Us About Social Cognition – Neuroscience News

Government could spend £4.5bn on Octopus to fund Bulb takeover