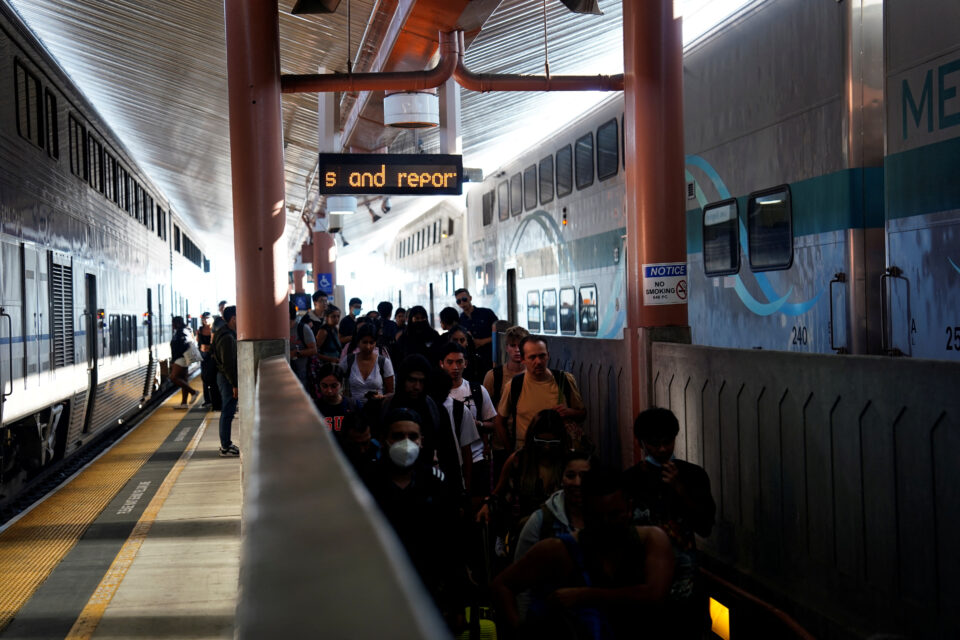 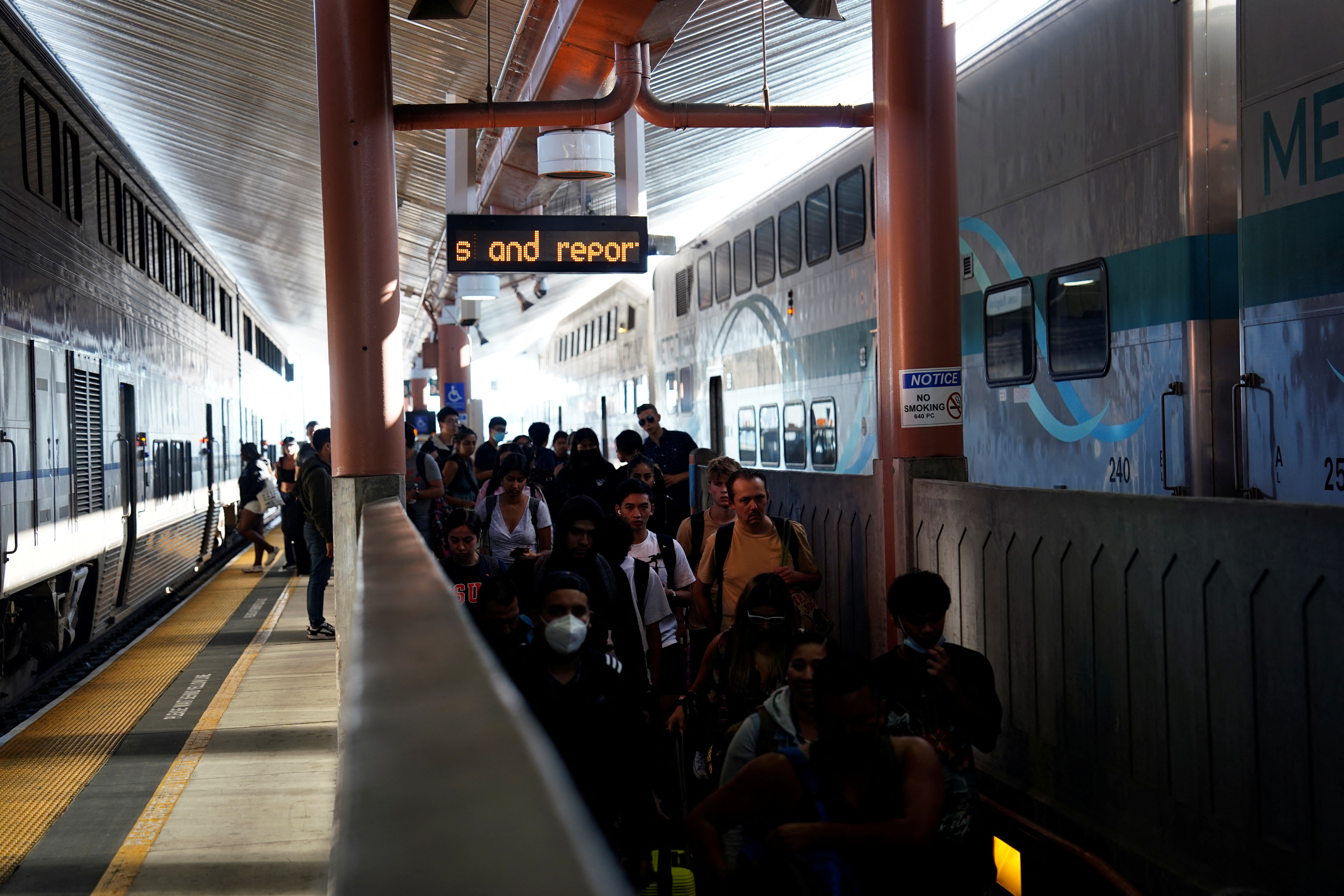 Travellers disembark an Amtrak train, ahead of a possible strike if there is no deal with the railworker unions, at Union Station in Los Angeles, California, U.S., September 15, 2022. REUTERS/Bing Guan

Amtrak traffic on the busy Northeast Corridor connecting Boston and Washington more than doubled in the 12-month period to 9.2 million passengers.

Amtrak reported an adjusted operating loss of $884.9 million, which was an 18.2% improvement over the 2021 budget year.

Amtrak wants to expand dramatically across the United States and add up to 39 corridor routes and up to 166 cities by 2035.

"We worked hard to restore service and grow ridership in the face of lingering impacts from the pandemic," said Amtrak CEO Stephen Gardner.

Amtrak said the system's jump in passenger traffic is "bucking the trend of continued lower ridership seen on most commuter railroads and public transit systems."

Amtrak invested $2.3 billion in capital projects in the 2022 budget year, including key Northeast Corridor projects like the Portal North Bridge in New Jersey near New York City and the B&P Tunnel Replacement Program in Baltimore.

The railroad said it added, restored or expanded 11 routes in collaboration with state and federal partners and hired more than 3,700 workers.

Bristol Myers, AbbVie plan to cut up to 360 California jobs