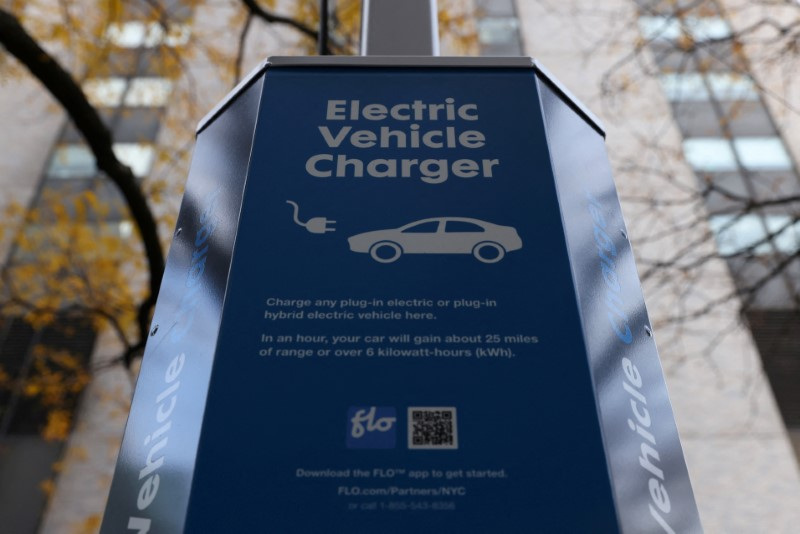 Under a deal announced by Senator Chuck Schumer, the 200,000-vehicle per manufacturer cap on the $7,500 EV tax credit would be lifted and a new $4,000 used EV tax credit adopted. Lawmakers and automaker executives want to know more about whether content sourcing requirements will bar many if not all EVs from getting tax credits and if consumers will be able to use it at the time of sale.

The new EV tax credit would be subject to rising annual sourcing requirements for critical minerals and components used in batteries. Congressional aides and automakers said the provisions were aimed at China, which produces much of the world's critical minerals for batteries.

"The basic structure I am fine with," Representative Dan Kildee told Reuters. He wants more details on "our ability to source these materials… "We need to make sure it is workable and it does what we intended."

Schumer told reporters the EV provisions would account for a "very small" amount of the anticipated 40% reduction in emissions expected from the bill.

Schumer said Manchin had "some real disagreements" about the EV tax credit "so we tried to come to a compromise. It's not everything I would want."

General Motors (GM.N), which has pushed Congress to lift the cap, said it would "review the draft text and look forward to working with Congress on these provisions that would ensure a level playing field."

Last year, President Joe Biden proposed boosting EV tax credits to up to $12,500 per vehicle — including $4,500 for union-made vehicles — and eventually making the credits apply only to U.S. made vehicles.

The Schumer Manchin proposal dropped the union and U.S. production requirements. It keeps the maximum credit at $7,500 per EV. Canada on Thursday hailed the revised bill that does not include the U.S-only provision.

Automakers including GM and Tesla (TSLA.O) hit the cap and are no longer eligible for the existing EV tax credit while Toyota Motor Corp (7203.T) said this month it has hit the cap, which means its credit will phaseout in 2023.

Biden's target is for EVs to comprise half of all new vehicles sold in 2030.

Zero Emission Transportation Association Executive Director Joe Britten said the EV credit is "going to be a huge accelerant to invest" in production of U.S. batteries and critical minerals.