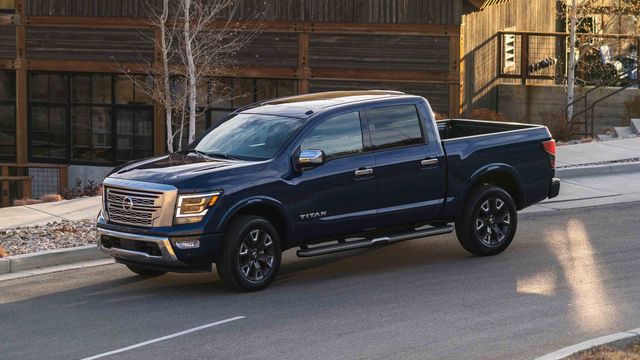 More than 180,000 Nissan Frontier and Titan pickups from the 2020 through 2022 model years are being recalled over the potential they could roll away while in Park. In documents filed with the National Highway Traffic Safety Administration (NHTSA), Nissan says the problem affects only these pickups and not other vehicles. Both have a Jatco nine-speed automatic transmission, which was new for the 2020 model year.

The vehicles included in the recall are all from the 2020 through 2022 model years and include 123,987 Frontier and 56,189 Nissan Titan pickups. The automaker blames “dimensional variation during the manufacturing process” for causing the parking pawl to fail to engage as intended. This in turn could cause the vehicle to move although the shifter is in Park. However, Nissan estimates only 0.03 percent of vehicles recalled are expected to have the problem. There have been four reports claiming minor injuries, according to documents Nissan filed with NHTSA.

Nissan will notify owners beginning July 20, although its plan to fix the problem is still in progress. In the meantime, Frontier and Titan owners can check the NHTSA recalls website for updates and to see if their vehicle is included in the recall.

VW ID.Aero Concept Previews an EV Sedan, and It’s Coming to the U.S.