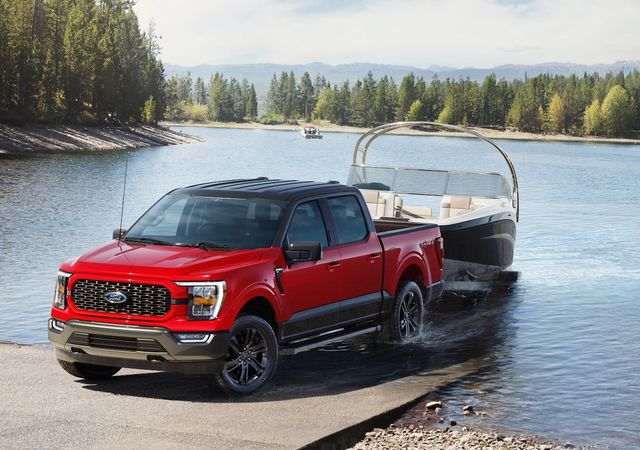 The Ford F-150 was born in 1948 and has gone on to become one of the biggest-selling vehicles in America. Now, Ford is celebrating the popular pickup truck’s 75th birthday with the new 2023 F-150 Heritage Edition.

However, instead of commemorating the F-150’s milestone with high-performance upgrades or unique features, the special edition simply brings the revival of an old-school paint scheme. It’s essentially a two-tone look, but the two primary colors are split into three separate sections. One of the colors covers the truck’s middle area and the other color covers the roof and its pillars as well as the bumpers and lower bodywork.

The inside of the Heritage Editions doesn’t include much to celebrate other than a few subtle details. The only cabin color is gray with black trim, but the seats feature distinct inserts, and the cover of the center console is embossed with “Since 1948 F-Series Heritage Edition.” The only other mentions of the truck’s anniversary are logos that say “75 Years” on the center console, on the top of the windshield, and as part of the infotainment system’s startup animation.

The commemorative appearance package is only available on XLT models. Ford says the ’23 F-150 Heritage Edition will start production this fall, with pricing to be announced when orders open in the middle of July.

The U.S. Will Stop Honoring Expired Passports As of July 1 — What to Know