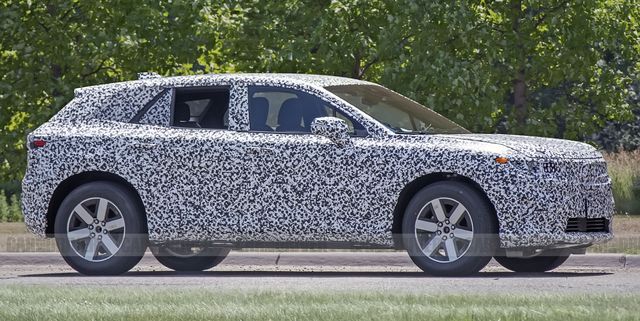 The 2024 Honda Prologue is starting to take shape, and that shape is curiously similar to the recently revealed Chevy Blazer EV’s. Spy photos of a Prologue prototype, plus a new video that shows a styling buck of the new EV SUV, show that the Honda has similar proportions as the Chevy and will likely occupy the same mid-size crossover category when it launches in 2024.

We already knew, of course, that Honda was collaborating with GM for for this upcoming model, as the two companies already announced that the Prologue and the upcoming Acura electric SUV would use GM’s Ultium battery packs. These new images suggest that the similarities go deeper than just the powertrain, as the Prologue prototype has the same stance as the Blazer, with a long wheelbase, short overhangs, and a similar side profile. The Honda does appear to have distinct front- and rear-end styling, and we think its interior will be somewhat different from the Chevy’s as well.

The Prologues seen here are not the final production versions, meaning that the look could end up being more different than the Blazer’s once the headlight and taillight designs, along with other details such as wheels and trim pieces, are finalized. Honda has also previously showed a sketch of the Prologue previewing its styling as somewhat more rugged than the sporty-looking Blazer.

Given the apparent overlap between the two vehicles, recently released specifications for the Chevy may give us a good idea of what to expect from the Prologue in terms of power output and driving range. We’re not sure if the Honda will offer as wide of a range of configurations, however, as the Blazer will come in front-, rear-, and all-wheel-drive configurations with either single- or dual-motor setups. The high-performance Blazer SS claims 557 horsepower (Chevy has yet to release power numbers for the lesser configurations), and range estimates span from 247 miles at the lowest to 320 miles in the highest.

Honda says that the Prologue won’t go on sale until calendar-year 2024, while the Blazer is scheduled to arrive in 2023. We’ll likely have to wait quite a while for full specifications on the Prologue, by which point this new Honda entrant into the EV crossover space will likely face a wide range of competitors.