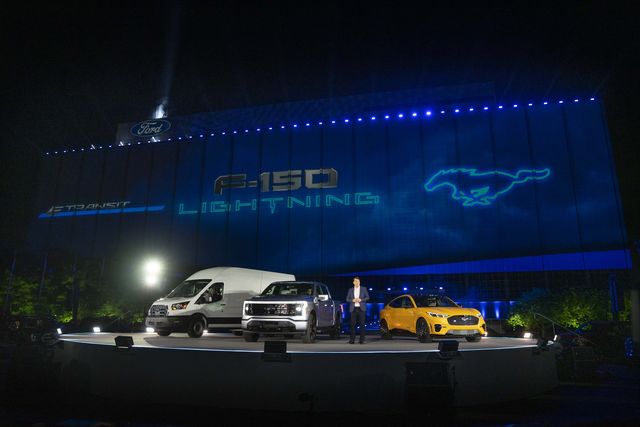 UPDATE 7/21/22: According to anonymous sources for the Detroit Free Press, Ford CEO Jim Farley addressed the reported job cuts in a video sent to employees 7 a.m. Thursday. The sources claim that, in the video, Farley did not deny the job cuts and reiterated the company’s desire to reduce costs. A Ford spokesperson confirmed that the video was sent and its general premise to the Free Press, but a copy of the video is yet to be obtained.

Up to 8000 Ford employees could be hit by job cuts, according to a Wednesday report from Bloomberg. The move could be part of a plan to cut $3 billion in operational costs from the company’s gasoline-powered business operations in order to boost profit and invest more into Ford’s electric-vehicle endeavors.

The cuts will reportedly come in the Ford Blue division, which handles production of Ford’s internal-combustion-engine vehicles, and primarily come from salaried positions. There are approximately 31,000 salaried workers at Ford currently.

Ford CEO Jim Farley announced in March a radical restructuring of Ford called the Ford+ plan, creating the Ford Blue division and the Model e division, which handles electric vehicles. As part of the plan, he also boosted spending on EVs to $50 billion, which he said in an interview with Bloomberg Television was “based on our core automotive operations.”

Farley also added that “We need [Ford Blue] to be more profitable to fund this.”

Previously, in February at a Wolfe Research conference appearance in reference to Ford’s ICE operations, Farley said, “We have too many people, we have too much investment, we have too much complexity, and we don’t have expertise in transitioning our assets.”

Car and Driver reached out to Ford for comment and received the following response from T.R. Reid, Director of Corporate and Public Policy Communications.

“We are not commenting on speculation about our business. As we’ve said lots of times, to deliver our Ford+ transformation and lead an exciting and disruptive new era of electric and connected vehicles, we’re reshaping our work and modernizing our organization across all of the automotive business units and the entire company. We’ve laid out clear targets for our cost structure so that we’re lean and fully competitive with the best in the industry.”

This is a breaking news story and will be updated as more information becomes available.