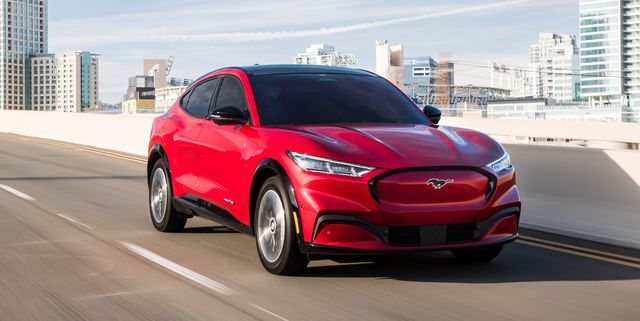 Ford has made a change to its lease policy that will prevent people leasing the F-150 Lightning, Mustang Mach-E, and E-Transit EVs from choosing to purchase the vehicle at the end of the contract. The customers will need to return the vehicle, at which time they can either lease a new vehicle or simply return the car.

The reason, a Ford spokesperson told Car and Driver, is the desire to keep EVs “in the Ford network longer” to maintain control over battery recycling and materials. The news came in a letter to dealers earlier this month and, Ford said, affects 38 states now and the rest by the end of the year, so customers should check with their local dealers to find out where they stand.

It’s worth noting that other automakers in the recent past have limited customers’ ability to sell their lease to others outside the brand, in a move to keep their stock to themselves as the used-car market continues to be tight and prices go up.

As automakers continue to move toward a future where EV sales are the mainstream, battery production has remained a thorn in the side of many manufacturers. A fairly major part of that issue is the cost associated with battery production and research. Ford itself is investing $185 million on a battery center labeled Ford Ion Park.

The Ford spokesperson told C/D, “Ford’s battery strategy includes recycling and localizing battery production, and Ford Credit’s plan for EV leasing enables customers to replace their vehicles with the newest model at lease end while keeping the vehicle in the Ford network longer so Ford can better manage battery recycling and materials.”

We confirmed with Ford that the changes only apply to leases that began June 15 or after. If you began a lease on a Ford EV before then and think you may want to buy out at the end of your lease term, you remain in the clear.