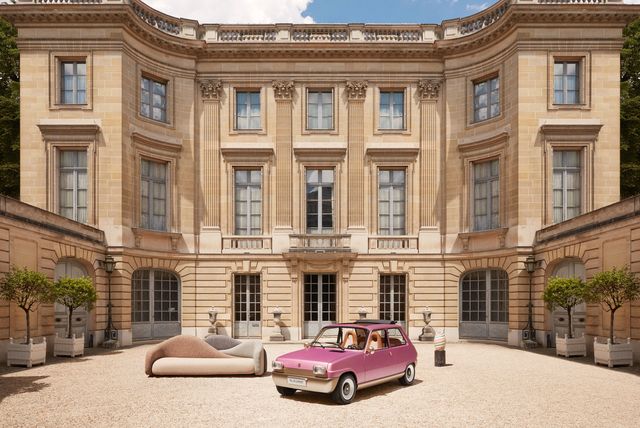 Restomods are all the rage right now, especially when it comes to converting classics into electric vehicles. Ford created the 480-hp F-100 Eluminator truck for last year’s SEMA show, while Hyundai has given some of its earliest models, the Pony and Grandeur, an electric refresh. Now Renault is joining the party with the Renault 5 Diamant, which celebrates the 50th anniversary of one of its bestsellers, with the Renault 5 shifting more than five million units between 1972 and 1984.

The 5 Diamant is a collaboration between Renault and French interior and product designer Pierre Gonalons, and the revised icon takes on an electric powertrain, although no specifics about the motors or battery were provided. The focus is instead on the styling, and Renault says that Gonalons took inspiration from fine jewelry when reimagining the 5.

The bodywork has been smoothed and simplified and the paint job features three layers of paint, with golden hues on top of a pink base covered in what Renault calls a “frosted varnish.” Paired with a gold grille and bumpers, the paint job gives the 5 Diamant a graceful, delicate appearance. The headlights and taillights wear exquisite diamond-like faces, and white wheels, based on those from the sportier Renault 5 Alpine, feature an intricate sun logo in the center.

The snazziest design element comes inside, where the marbled, loop-de-loop steering wheel swirls outward from a polished gold center displaying a complex logo that merges the Renault diamond symbol with Gonalons’s initials. The rest of the interior is minimalist, with three circular dials on the dashboard and a cradle for the driver’s smartphone, which acts as a de facto infotainment system. The 5 Diamant also uses a fingerprint scanner for unlocking the doors.

While the Renault 5 Diamant will unfortunately remain an ornate one-off concept, Renault is reviving the legendary 5 nameplate as a new electric hatchback for 2024. A sharp-looking concept was revealed last year, and there is even talk of a high-performance Alpine version. As with all modern Renaults, however, the new 5 will not make it stateside.