Summary: Study identifies a different class of meditative practices that seek to employ and regulate the state of stress an individual experiences, rather than reduce it, to achieve a more heightened state of focus and attention.

Mindfulness studies have long dominated our understanding of the neurobiology of meditation, with practitioners of mindfulness-related meditation taught to be vigilant of the content of their thoughts so as to experience relaxation and stress reduction to improve attention and focus.

A recent study led by Associate Professor Maria Kozhevnikov from the Department of Psychology at the National University of Singapore (NUS) Faculty of Arts and Social Sciences, has discovered a different class of meditative practices that seeks to employ and regulate the state of stress that an individual experiences—rather than to reduce it—to achieve an even more heightened state of focus and attention.

It reveals that the latter actually covers a large class of meditative techniques, such as those employed within Vajrayana (Tantric Buddhism), by Sufis of the Islamic tradition (“whirling dervishes”), and by many other traditions, including Hindu Tantra and East Asian martial arts. Prior to the study, the mechanisms of these techniques were unknown.

Assoc Prof Kozhevnikov said that the results of this study also demonstrate, for the first time, that it is possible to stimulate the brain, rather than relax it, to achieve a level of voluntary control over our stress or “fight or flight” response to maximize physical and cognitive performance.

She explained, “These practices push practitioners to their limits, so they can stay focused on the task, being free from any distracting thoughts, even in the most threatening situations. The findings open up a wide range of potential medical and behavioral interventions that not only allow meditation practitioners to regulate stress but also boost physical and attentional capacities upon demand, and even access latent brain resources to prevent cognitive decline.”

The findings have just been published in Current Research in Neurobiology.

The study focused on 16 nuns and monks who are highly experienced practitioners of Vajrayana from long-term retreat centers in Eastern Bhutan. Of these, ten are experts in a legendary and mysterious Tummo (“inner heat”) practice known for its alleged capacity to generate significant body heat in the frigid cold of the Himalayas.

They found that similar to mindfulness-related practices, non-Tantric Mahamudra led to relaxation, alertness and monitoring of thoughts. However, the practice of self-visualization as a deity and Tummo which used emotionally charged concentration and visualization accompanied by specific breathing techniques, allowed practitioners to achieve the state of brain stimulation that led to significant enhancement of their attentional resources.

It demonstrated that these meditative practices can be seen as methods for transcending the normal limitations of the human condition, specifically attaining higher levels of performance and cognitive capacities than are ordinarily available.

Moreover, Tummo practice led to a certain level of voluntary control over their sympathetic nervous system (a network of nerves in the body which activates its stress/”fight-or-flight” response)—something previously considered to be impossible by medical science. This control of the sympathetic nervous system allowed the practitioners not only to manipulate the level of their attentional resources, but also to achieve the state of mental salience (mind-emptiness) during the final practice of Tantric Mahamudra. 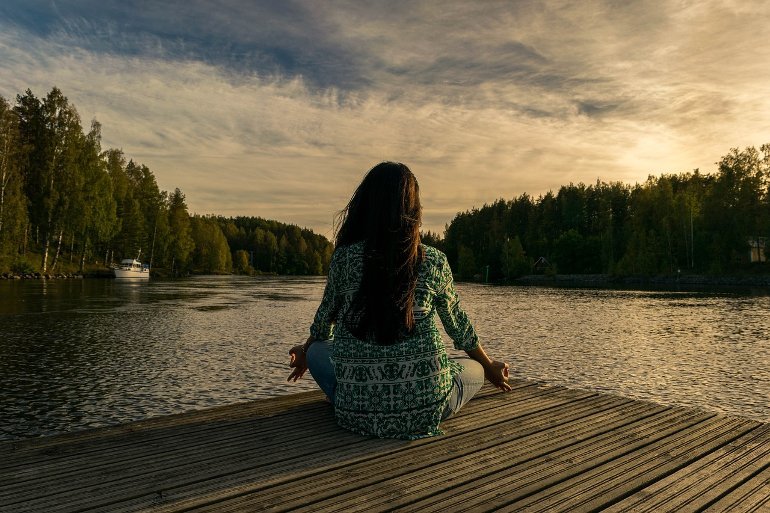 They found that similar to mindfulness-related practices, non-Tantric Mahamudra led to relaxation, alertness and monitoring of thoughts. Image is in the public domain

Assoc Prof Kozhevnikov suggested that such control of the sympathetic nervous system is likely to explain a legendary capacity of Tummo practitioners to generate body heat and raise their core body temperature to feverish levels.

Sharing an example to illustrate the benefits of these meditative practices, Assoc Prof Kozhevnikov said, “This form of meditation would be useful for individuals in situations that do not allow for mindfulness-related meditation for stress reduction, such as a pilot flying a plane in a battlefield. He would need to regulate his stress and stay focused, and as such, this form of meditation will allow him to stay super alert and to execute his mission well in a state of high stress.”

She added, “For a variety of reasons, these advanced Vajrayana practices are currently on the verge of disappearing. I hope this study will help attract scientific attention to these practices by uncovering their potential to enhance human cognition on the one hand and contribute to preserving their intangible heritage on the other.”

Moving forward, Assoc Prof Kozhevnikov and her team hope to build on the findings to understand the ways in which the body reacts to different meditation practices for medical and behavioral interventions purposes.

This includes using meditation to achieve a state of heightened alertness in the prevention of various cognitive impairments and age-related cognitive decline, associated with the loss of attention and memory functions (e.g., Alzheimer’s disease, multiple sclerosis and dementia) on the one hand, and training members of creative professions (arts, sciences and music) to achieve undented levels of creativity in their fields on the other hand by teaching them to access the state of brain arousal and boost physical and attentional resources upon demand.

Beyond mindfulness: Arousal-driven modulation of attentional control during arousal-based practices

Here we report meditative techniques, which modulate attentional control by arousal-driven influences and not by monitoring continuous thought processes as during mindfulness-related practices.

We focus on Vajrayana (Tantric Buddhism) practices, during which a sequence of generation (self-visualization as a deity – Yidam) or completion with sign (inner heat -Tummo) stages necessarily precedes non-dual awareness (NDA) Tantric Mahamudra.

Both Yidam and Tummo developed the state of PNS withdrawal (arousal) and phasic alertness, as reflected by HF HRV decreases and Alpha2 power increases, later neurophysiologically employed in Tantric Mahamudra.

The latter led to the unique state of high cortical excitability, “non-selective” focused attention, and significantly reduced attentional control, quantified by power reductions in all frequency bands, except Theta.

In contrast, similar to mindfulness-related practices, non-Tantric Mahamudra was performed in a state of PNS dominance (relaxation), tonic alertness, and active monitoring, as suggested by Alpha1 power increases and less pronounced decreases in other frequency bands. A neurobiological model of meditation is proposed, differentiating arousal-based and mindfulness-related practices.