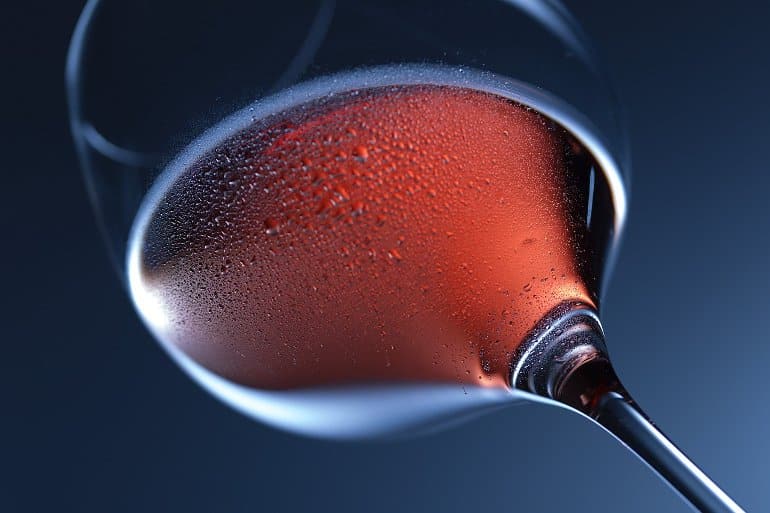 Have you ever wondered why one person can smoke cigarettes for a year and easily quit, while another person will become addicted for life? Why can’t some people help themselves from abusing alcohol and others can take it or leave it?

One reason is a person’s genetic proclivity to abuse substances. UNC School of Medicine researchers led by Hyejung Won, Ph.D., are beginning to understand these underlying genetic differences.

The more they learn, the better chance they will be able to create therapies to help the millions of people who struggle with addiction.

Won, assistant professor of genetics and member of the UNC Neuroscience Center, and colleagues identified genes linked to cigarette smoking and drinking. The researchers found that these genes are over-represented in certain kinds of neurons—brain cells that trigger other cells to send chemical signals throughout the brain.

The researchers, who published their work in the journal Molecular Psychiatry, also found that the genes underlying cigarette smoking were linked to the perception of pain and response to food, as well as the abuse of other drugs, such as cocaine. Other genes associated with alcohol use were linked to stress and learning, as well as abuse of other drugs, such as morphine.

Given the lack of current treatment options for substance use disorder, the researchers also conducted analyses of a publicly available drug database to identify potential new treatments for substance abuse.

“We found that antipsychotics and other mood stabilizers could potentially provide therapeutic relief for individuals struggling with substance abuse,” said first author Nancy Sey, a graduate student in the Won lab. “And we’re confident our research provides a good foundation for research focused on creating better treatments to address drug dependency.”

Long-term substance use and substance use disorders have been linked to many common diseases and conditions, such as lung cancer, liver disease, and mental illnesses. Yet, few treatment options are available, largely due to gaps in our understanding of the biological processes involved.

“We know from twin studies that genetics may account for why some people use and abuse substances, aside from environmental factors, such as family issues or personal trauma,” Won said. “Genetic studies such as genome-wide association studies (GWAS) provide a way to identify genes associated with complex human traits, such as nicotine addiction or drinking heavily.”

Through GWAS, Won added, researchers can identify regions in the genome that play roles in particular traits, compared to individuals who do not exhibit the trait. Yet, genome-wide studies cannot tell us much about how genes in those regions affect a trait. That’s because these regions are often in “non-coding” regions of the genome.

“Non-coding” refers to the fact that the genes in these regions do not translate—or code—their genetic information directly into the creation of proteins, which then perform a known biological function. Therefore, what actually happens biologically in these “non-coding” regions remains mostly unknown.

“We wanted to learn what’s happening in these regions,” Won said. “So we developed Hi-C coupled MAGMA (H-MAGMA), a computational tool to help us make more sense of what we’re seeing in genome-wide studies.”

In a previous publication, Won’s lab showed how applying H-MAGMA to brain disorders identifies their associated genes and described their underlying biology. And for this current paper, her lab expanded the tool to cigarette smoking and drinking.

They developed H-MAGMA frameworks from dopaminergic neurons and cortical neurons—brain cell types that researchers have long implicated in substance use. Focusing on those two cell types, Won’s team—led by Sey, an HHMI Gilliam Fellow—applied H-MAGMA to GWAS findings related to heaviness of smoking, nicotine dependence, problematic alcohol use, and heaviness of drinking to identify genes associated with each trait.

Given the lack of current treatment options for substance use disorder, the researchers also conducted analyses of a publicly available drug database to identify potential new treatments for substance abuse. Image is in the public domain

Genes associated with alcohol use and cigarette smoking were also associated with other types of substances, such as morphine and cocaine. While the opioid crisis has caused a detrimental social burden, well-powered GWAS on cocaine and opioid use are not currently available.

Won’s team, therefore, sought to determine whether the genes associated with alcohol use and cigarette smoking can reveal genetics underlying general addiction behavior, genetic findings that could be extended to other substances of abuse.

“Our analyses showed that expression of genes shared between cigarette smoking and alcohol use traits can be altered by other types of substances such as cocaine,” Won said.

“By characterizing the biological function of these genes, we will be able to identify the biological mechanisms underlying addiction, which could be generalized to various forms of substance use disorder.”

In addition to the various types of excitatory neurons, Won’s team also identified additional cell types, including cortical glutamatergic, midbrain dopaminergic, GABAergic, and serotonergic neurons that are associated with the risk genes.

With these findings in hand, it is now possible for the UNC researchers and others to investigate molecules that make addiction much less likely.

Cigarette smoking and alcohol use are among the most prevalent substances used worldwide and account for a substantial proportion of preventable morbidity and mortality, underscoring the public health significance of understanding their etiology. Genome-wide association studies (GWAS) have successfully identified genetic variants associated with cigarette smoking and alcohol use traits.

However, the vast majority of risk variants reside in non-coding regions of the genome, and their target genes and neurobiological mechanisms are unknown. Chromosomal conformation mappings can address this knowledge gap by charting the interaction profiles of risk-associated regulatory variants with target genes.

To investigate the functional impact of common variants associated with cigarette smoking and alcohol use traits, we applied Hi-C coupled MAGMA (H-MAGMA) built upon cortical and newly generated midbrain dopaminergic neuronal Hi-C datasets to GWAS summary statistics of nicotine dependence, cigarettes per day, problematic alcohol use, and drinks per week.

The identified risk genes mapped to key pathways associated with cigarette smoking and alcohol use traits, including drug metabolic processes and neuronal apoptosis.

Risk genes were highly expressed in cortical glutamatergic, midbrain dopaminergic, GABAergic, and serotonergic neurons, suggesting them as relevant cell types in understanding the mechanisms by which genetic risk factors influence cigarette smoking and alcohol use.

Lastly, we identified pleiotropic genes between cigarette smoking and alcohol use traits under the assumption that they may reveal substance-agnostic, shared neurobiological mechanisms of addiction. The number of pleiotropic genes was ~26-fold higher in dopaminergic neurons than in cortical neurons, emphasizing the critical role of ascending dopaminergic pathways in mediating general addiction phenotypes.

Interesting article. As I come from a family with strong history of alcoholism, it will be interesting if this leads to identifying the people more prone to alcoholism before they fall to the disease. Earlier education and intervention might help.