Summary: Women who use positive humor to describe themselves have a more positive view of their body image than those who use self-deprecating humor. Those who have negative body image and use self-defeating humor are more likely to have worse eating habits.

Women who use positive humor to describe themselves have higher levels of ‘body appreciation’ than those who use self-deprecating humor, according to new research from the University of Surrey.

Researchers also found that along with having a negative view of their body, those who used self-defeating humor were also more likely to have poor eating habits.

Dr Fabio Fasoli, Lecturer in Social Psychology at the University of Surrey, said:

“Having a negative body image can affect all areas of a person’s life and lead to depression and social anxiety. Often people don’t talk openly about how they view their bodies, but how a person speaks about themselves through humor can provide valuable insights into such feelings.”

In the first study of its kind, researchers from the University of Surrey explored the relationship between different styles of humor, body perception and eating behaviors in women.

Findings from this study can be used by clinical psychologists and eating disorder therapists to better understand their patients and promote the use of positive humour to improve their body image. 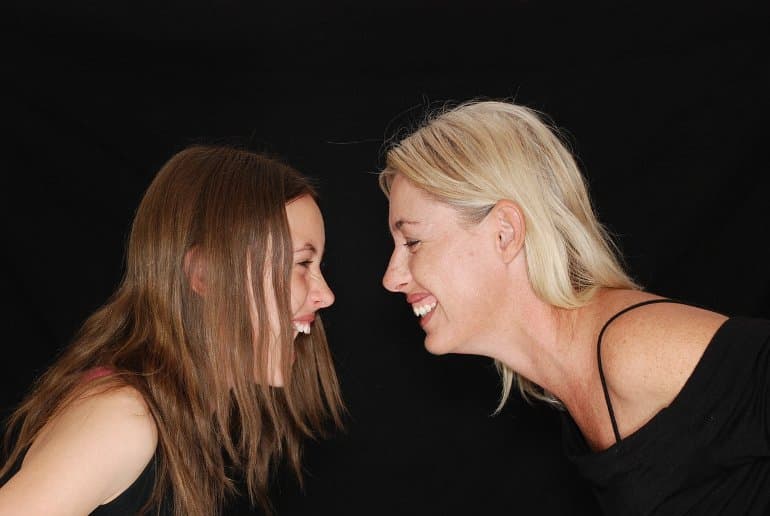 Findings from this study can be used by clinical psychologists and eating disorder therapists to better understand their patients and promote the use of positive humor to improve their body image. Image is in the public domain

Researchers surveyed 216 people, analyzing their humor styles and perceptions of their bodies. The team from Surrey found that women who used self-defeating humor, putting themselves down in an aggressive fashion, were more likely to be highly critical of their bodies and possess a strong desire to be slimmer.

Those who used such humor were also found to be emotional eaters, often making themselves feel worse about their bodies and putting them at risk of obesity and resulting illnesses.

In addition, it was identified that those who used self-enhancing humor, making yourself the target of the humor in a good-natured way, reported more body appreciation, and were associated with body kindness. Those who used this type of humor were less likely to be emotional eat than their peers.

The Surrey team found that women who use both forms of humor reported a positive body image and had better eating habits than those who primarily engaged in self-defeating humor.

Jane Ogden, Professor of Health Psychology at the University of Surrey, said:

“People using themselves as the butt of jokes is often a technique to get approval from others, but it can also signify that something more worrying is going on in that person’s life. This type of humor can indicate that a person is struggling with their body image and self-esteem, which can have a long-lasting effect on their life.”

Humor is considered a coping strategy that is associated with well-being and positive self-esteem. The role of humor in relation to body image and eating behaviors has rarely been investigated.

This cross-sectional study (n = 216) examined the relationship between general coping humor and humor styles targeting the self, namely self-enhancing and self-defeating humor, and body image and eating behaviors.

This study shows that humor referring to the self is key in the understanding of body image and eating behaviors. Whilst the use of self-enhancing humor can have positive effects on body image, self-defeating humor can play a detrimental role.