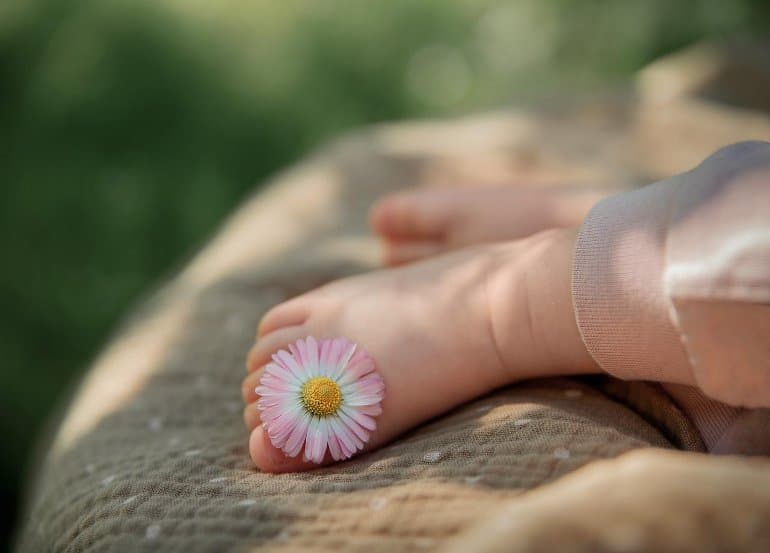 Summary: In children who experienced a left-hemisphere stroke within days of birth, brain plasticity allows the right hemisphere to acquire language abilities normally handled by the left hemisphere while maintaining its own language ability as well.

A clinical study conducted by researchers at Georgetown University Medical Center found that, for children who had a major stroke to the left hemisphere of their brain within days of their birth, the infant’s brain was ‘plastic’ enough for the right hemisphere to acquire the language abilities ordinarily handled by the left side while also maintaining its own language abilities as well.

The participants in this study developed normally during pregnancy. But around birth they had a significant stroke, one that would have debilitating outcomes in adults. In infants, a stroke is much rarer but does happen in roughly one out of every four thousand births.

The researchers studied perinatal arterial ischemic stroke, a type of brain injury occurring around the time of birth in which blood flow is cut off to a part of the brain by a blood clot. The same type of stroke occurs much more commonly in adults. Previous studies of brain injury in infants have included several types of brain injury, but the focus in this study on a specific type of injury enabled the authors to find more consistent effects than in previous work.

“Our most important conclusion is that plasticity in the brain, specifically the ability to reorganize language to the opposite side of the brain, is definitely possible early in life,” says Elissa Newport, Ph.D., director of the Center for Brain Plasticity and Recovery at Georgetown Medical Center, professor in the departments of Neurology and Rehabilitation Medicine and first author of this study.

“However, this early plasticity for language is restricted to one brain region. The brain is not able to reorganize injured functions just anywhere as more dramatic reorganization is not possible even in early life. This gives us great insights into the regions we might be able to focus on for potential breakthroughs in developing techniques for recovery in adults as well.”

The investigators recruited people from across the United States who all had medium to large strokes to the cortex region of their left hemisphere around the time of birth.

To assess long-term outcomes in their language abilities, participants were given language tests at 9 to 26 years of age and were compared to their close-in-age healthy siblings. They were also scanned in an MRI to reveal which brain areas were involved in sentence comprehension.

The stroke participants showed a very consistent pattern of language activation in the right hemisphere, regardless of the extent or location of damage from the stroke to the left hemisphere.

The participants in this study developed normally during pregnancy. Image is in the public domain

Only one of the 15 participants, who had the smallest stroke, did not show clear right hemisphere dominant activation.

“It is also notable that many years after their strokes our participants are all such highly functioning adults. Some are honor students and others are working toward or have gotten their master’s degrees,” says Newport.

“Their achievements are remarkable, especially since some of their parents had been told when they were born that their strokes would produce life-long impairments.”

In future studies the researchers hope to gain a better understanding of why the left hemisphere routinely becomes dominant in healthy brains but consistently loses out to the right hemisphere when there is a significant left-hemisphere stroke.

An additional question of special interest — and clinical importance — is why left hemisphere language can successfully reorganize to the right hemisphere if injuries occur very early in life but not later.

Research on stroke recovery and sentence processing in adults suggests that plasticity narrows with age, something that Newport hopes to study as it could be of great benefit, and potential therapeutic interest, to adult stroke survivors.

The researchers are very grateful to the participants and their families who have made invaluable contributions to this work.

In addition to Newport, the other authors at Georgetown University are Anna Seydell-Greenwald, Barbara Landau, Peter E. Turkeltaub, Catherine E. Chambers, Kelly C. Martin and Rebecca Rennert. Margot Giannetti and Alexander W. Dromerick are at Georgetown University and MedStar National Rehabilitation Hospital. Rebecca N. Ichord is at the Perelman School of Medicine at the University of Pennsylvania and Children’s Hospital of Philadelphia. Jessica L. Carpenter is at the University of Maryland Baltimore. William D. Gaillard and Madison M. Berl are at the Children’s National Hospital and Center for Neuroscience, Washington, DC.

Funding: This work was supported by funds from Georgetown University and MedStar Health; by the Solomon James Rodan Pediatric Stroke Research Fund, the Feldstein Veron Innovation Fund, and the Bergeron Visiting Scholars Fund to the Center for Brain Plasticity and Recovery; by an American Heart Association grant 17GRNT33650054; by NIH grants P50HD105328 to the DC-IDDRC at Children’s National Hospital and Georgetown University; and by NIH Grants K18DC014558, K23NS065121, R01NS244280 and R01DC016902.

Newport reports having no personal financial interests related to the study.