Summary: People with subretinal drusenoid deposits (SDD), a form of age-related macular degeneration, are more likely to have underlying heart damage as a result of heart failure or heart attacks, or other forms of cardiovascular disease associated with increased stroke risk.

Patients with a specific form of age-related macular degeneration (AMD), a leading cause of blindness in the United States, are also highly likely to have either underlying heart damage from heart failure and heart attacks, or advanced heart valve disease, or carotid artery disease associated with certain types of strokes, according to a new study from New York Eye and Ear Infirmary of Mount Sinai.

This research, published November 17 in BMJ Open Ophthalmology, is the first to identify which types of high-risk cardiovascular and carotid artery disease are linked to the eye disorder.

“For the first time, we have been able to connect these specific high-risk cardiovascular diseases to a specific form of AMD, the one with subretinal drusenoid deposits (SDDs),” explains lead author R. Theodore Smith, MD, Ph.D., Professor of Ophthalmology at the Icahn School of Medicine at Mount Sinai.

“This study is the first strong link between the leading cause of blindness, AMD, and heart disease, the leading cause of death worldwide. Furthermore, we also have strong evidence for what actually happens: The blood supply to the eye is directly diminished by these diseases, either by heart damage that diminishes blood supply throughout the body, or from a blocked carotid artery that directly impedes blood flow to the eye.

A poor blood supply can cause damage to any part of the body, and with these specific diseases, the destroyed retina and leftover SDDs are that damage. Retinal damage means vision loss, and can lead to blindness.”

AMD is the leading cause of visual impairment and blindness in people over 65 and is the result of damage to the central area of the retina called the macula, which is responsible for reading and driving vision.

One major form of early AMD consists of small yellow cholesterol deposits called drusen, which form under a part of the retina called the retinal pigment epithelium (RPE). They can deprive the retina of blood and oxygen, leading to vision loss. Drusen formation can be slowed by appropriate vitamin supplementation.

The other major form of early AMD, subretinal drusenoid deposits (SDDs), is less well-known, and require high-tech retinal imaging to detect. These deposits contain a different form of cholesterol, and form above the RPE, and just beneath the light-sensitive retina cells, where the damage occurs and vision is lost. There is no known treatment for SDDs.

Dr. Smith and a team of Mount Sinai researchers initially found that patients with cardiovascular disease or stroke were more likely to have SDDs. That first-of-its-kind research was published in the July issue of Retina.

This new study expands on that previous work, looking at a larger patient population, and identifies the specific severe forms of heart disease and carotid artery disease that caused the SDDs of AMD.

Researchers analyzed the eyes of 200 AMD patients with retinal imaging to determine which patients had SDDs. Patients answered a questionnaire about their history of cardiovascular disease. Of the 200 patients, 97 had SDDs and 103 had drusen only.

Forty-seven of the 200 had severe heart disease (19 had heart damage from heart failure or heart attack, 17 serious valve disease, and 11 stroke stemming from the carotid artery).

The researchers concluded that AMD patients with these severe cardiovascular diseases and stroke were nine times more likely to have SDDs than those without them. 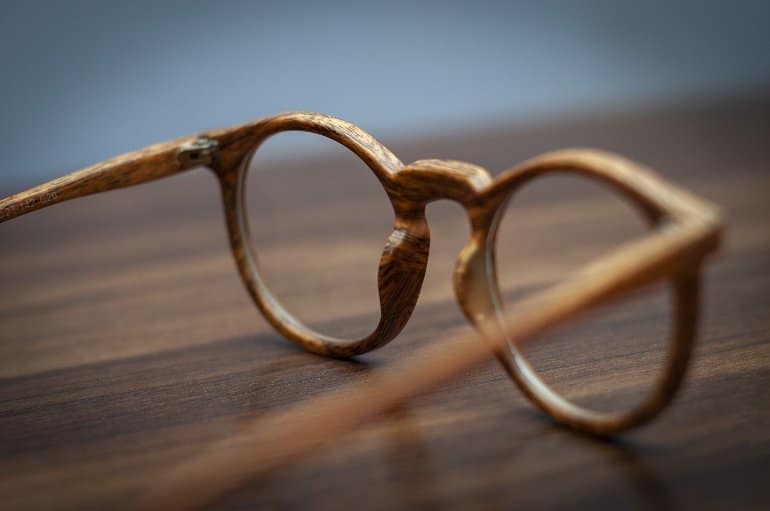 AMD is the leading cause of visual impairment and blindness in people over 65 and is the result of damage to the central area of the retina called the macula, which is responsible for reading and driving vision. Image is in the public domain

“This work demonstrates the fact that ophthalmologists may be the first physicians to detect systemic disease, especially in asymptomatic patients,” says co-investigator Richard B. Rosen, MD, Chief of the Retina Service for the Mount Sinai Health System.

“Detecting SDDs in the retina should trigger a referral to the individual’s primary care provider, especially if no previous cardiologist has been involved. It could prevent a life-threatening cardiac event.”

“This study has opened the door to further productive multidisciplinary collaboration between the Ophthalmology, Cardiology and Neurology services,” says Jagat Narula, MD, Ph.D., Director of the Cardiovascular Imaging Program at the Zena and Michael A. Wiener Cardiovascular Institute at the Icahn School of Medicine at Mount Sinai.

“We should also focus on defining the disease severity by vascular imaging in cardiology and neurology clinics, and assess their impact on AMD and SDDs with retinal imaging. In this way we can learn which vascular patients should be referred for detection and prevention of blinding disease.”

High-risk cardiovascular and neurovascular diseases were accurately identified in an AMD cohort from SDDs and HDL levels. The SDDs may be related to inadequate ocular perfusion resulting from the systemic vasculopathies. Further research with this paradigm is warranted and might reduce mortality and morbidity from vascular disease.