Summary: Study reveals a moderate link between antipsychotic use and an increased risk of developing breast cancer.

A research team from the Center for Safe Medication Practice and Research (CSMPR), Department of Pharmacology and Pharmacy, LKS Faculty of Medicine, The University of Hong Kong (HKUMed) conducted the world’s first systematic review and meta-analysis of observational studies with over 2 million individuals and estimated a moderate association between antipsychotic use and breast cancer by over 30%.

This highlights the importance of the risk-benefit assessment of antipsychotic prescription in high-risk patients.

The findings are now published in Epidemiology and Psychiatric Sciences.

Antipsychotics are commonly prescribed for patients with a range of psychiatric disorders such as schizophrenia, bipolar disorder, major depressive disorder and dementia.

Elevated breast cancer incidence has been consistently reported in patients with schizophrenia and bipolar disorder, and antipsychotic use are speculated to potentially explain at least part of the increased risk.

With complex mechanism and multiple interacting risk factors, the evidence of the said association remains inconclusive. Therefore, researchers from CSMPR systematically reviewed and conducted a meta-analysis to synthesize the existing evidence and determine the association between antipsychotic use and breast cancer.

Nine observational studies with over 2 million adults, including five cohort and four case-control studies, were included for the review and seven for the meta-analysis.

All these studies were rated as high-quality (seven to nine out of 10 stars) according to Newcastle-Ottawa Scale, a standardized study quality assessment instrument.

This review found that six out of the nine studies had reported a significant association between the use of antipsychotic medications and an increased risk of breast cancer.

The meta-analysis estimated a moderate positive association of an elevated risk of more than 30% among antipsychotic users.

Some reviewed evidence further showed the extent of antipsychotic exposure, such as a longer duration of use, is associated with a higher risk of breast cancer, particularly for antipsychotics with prolactin-elevating properties.

For example, a large Finnish case-control study used electronic health records to compare prolonged periods of prolactin-increasing antipsychotic use to those exposed for less than a year, which showed a significantly increased risk among those exposed for at least five years by nearly 60%.

Despite some limitations such as unmeasured confounding effects, this study highlights that breast cancer could be a potential but rare adverse event of antipsychotic medications. 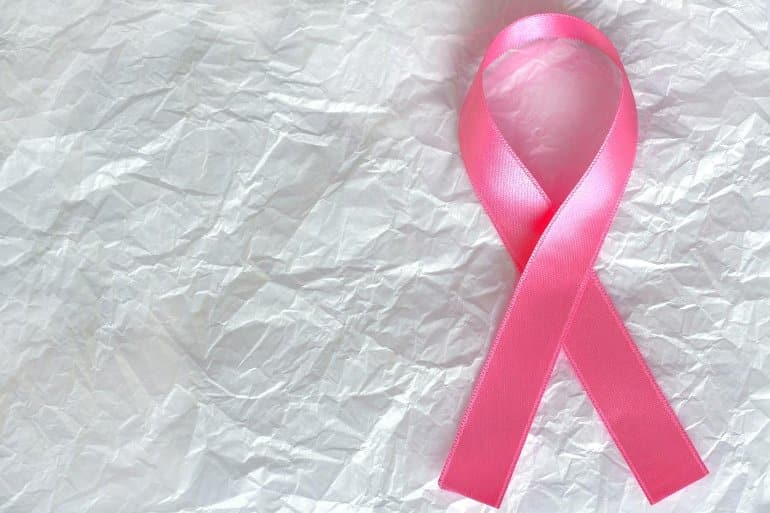 Elevated breast cancer incidence has been consistently reported in patients with schizophrenia and bipolar disorder, and antipsychotic use are speculated to potentially explain at least part of the increased risk. Image is in the public domain

The elevated breast cancer risk may be explained by hyperprolactinemia and other complications possibly induced by antipsychotics, such as central obesity, diabetes and cardiovascular disease.

“With the increasingly prevalent use of antipsychotics worldwide, including off-label use, we believe a comprehensive clinical assessment should be made for patients based on the overall safety profile of antipsychotics before prescription,” commented Dr. Francisco Lai Tsz-tsun, Research Assistant Professor of the Department of Pharmacology and Pharmacy, HKUMed, the corresponding author of this study.

Association of antipsychotic use with breast cancer: a systematic review and meta-analysis of observational studies with over 2 million individuals

Despite reports of an elevated risk of breast cancer associated with antipsychotic use in women, existing evidence remains inconclusive. We aimed to examine existing observational data in the literature and determine this hypothesised association.

We searched Embase, PubMed and Web of Science™ databases on 27 January 2022 for articles reporting relevant cohort or case-control studies published since inception, supplemented with hand searches of the reference lists of the included articles. Quality of studies was assessed using the Newcastle-Ottawa Scale. We generated the pooled odds ratio (OR) and pooled hazard ratio (HR) using a random-effects model to quantify the association. This study was registered with PROSPERO (CRD42022307913).

Nine observational studies, including five cohort and four case-control studies, were eventually included for review (N = 2 031 380) and seven for meta-analysis (N = 1 557 013). All included studies were rated as high-quality (seven to nine stars). Six studies reported a significant association of antipsychotic use with breast cancer, and a stronger association was reported when a greater extent of antipsychotic use, e.g. longer duration, was operationalised as the exposure. Pooled estimates of HRs extracted from cohort studies and ORs from case-control studies were 1.39 [95% confidence interval (CI) 1.11–1.73] and 1.37 (95% CI 0.90–2.09), suggesting a moderate association of antipsychotic use with breast cancer.

Antipsychotic use is moderately associated with breast cancer, possibly mediated by prolactin-elevating properties of certain medications. This risk should be weighed against the potential treatment effects for a balanced prescription decision.