Summary: Brain changes associated with ASD encompass more areas than previously believed, a new study reports. Researchers identified brain-wide changes in all 11 cortical regions analyzed. The greatest gene drop-offs were found in the visual cortex and the parietal cortex, a brain area associated with processing touch, pain, and temperature information. The findings shed light on sensory hypersensitivity associated with ASD. Additionally, researchers say the RNA alterations associated with ASD are more likely a cause than a result of autism.

Brain changes in autism are comprehensive throughout the cerebral cortex rather than just particular areas thought to affect social behavior and language, according to a new UCLA-led study that significantly refines scientists’ understanding of how autism spectrum disorder (ASD) progresses at the molecular level.

The study, published today in Nature, represents a comprehensive effort to characterize ASD at the molecular level. While neurological disorders like Alzheimer’s disease or Parkinson’s disease have well-defined pathologies, autism and other psychiatric disorders have had a lack of defining pathology, making it difficult to develop more effective treatments.

The new study finds brain-wide changes in virtually all of the 11 cortical regions analyzed, regardless of whether they are higher critical association regions – those involved in functions such as reasoning, language, social cognition and mental flexibility – or primary sensory regions.

“This work represents the culmination of more than a decade of work of many lab members, which was necessary to perform such a comprehensive analysis of the autism brain,” said study author Dr. Daniel Geschwind, the Gordon and Virginia MacDonald Distinguished Professor of Human Genetics, Neurology and Psychiatry at UCLA.

“We now finally are beginning to get a picture of the state of the brain, at the molecular level, of the brain in individuals who had a diagnosis of autism. This provides us with a molecular pathology, which similar to other brain disorders such as Parkinson’s, Alzheimer’s and stroke, provides a key starting point for understanding the disorder’s mechanisms, which will inform and accelerate development of disease-altering therapies.”

Just over a decade ago, Geschwind led the first effort to identify autism’s molecular pathology by focusing on two brain regions, the temporal lobe and the frontal lobe. Those regions were chosen because they are higher order association regions involved in higher cognition – especially social cognition, which is disrupted in ASD. 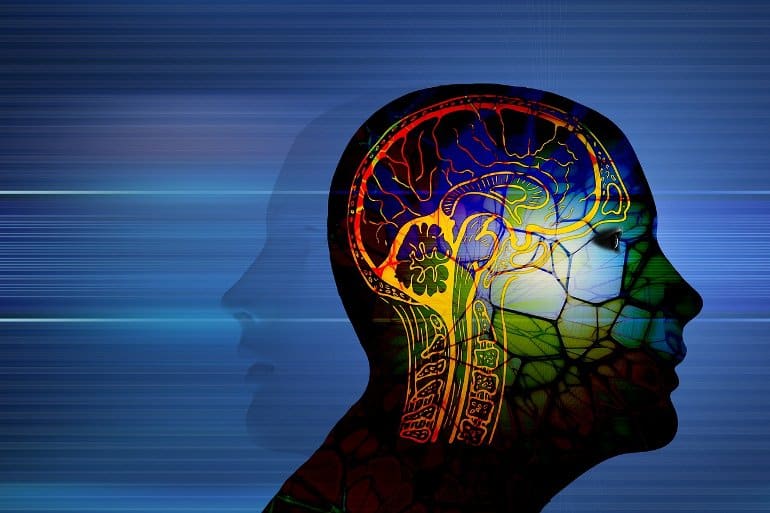 The new study finds brain-wide changes in virtually all of the 11 cortical regions analyzed, regardless of whether they are higher critical association regions – those involved in functions such as reasoning, language, social cognition and mental flexibility – or primary sensory regions. Image is in the public domain

For the new study, researchers examined gene expression in 11 cortical regions by sequencing RNA from each of the four main cortical lobes. They compared brain tissue samples obtained after death from 112 people with ASD against healthy brain tissue.

While each profiled cortical region showed changes, the largest drop off in gene levels were in the visual cortex and the parietal cortex, which processes information like touch, pain and temperature.

The researchers said this may reflect the sensory hypersensitivity that is frequently reported in people with ASD.

Researchers found strong evidence that the genetic risk for autism is enriched in a specific neuronal module that has lower expression across the brain, indicating that RNA changes in the brain are likely the cause of ASD rather than a result of the disorder.

One of the next steps is to determine whether researchers can use computational approaches to develop therapies based on reversing gene expression changes the researchers found in ASD, Geschwind said, adding that researchers can use organoids to model the changes in order to better understand their mechanisms.

Broad transcriptomic dysregulation occurs across the cerebral cortex in ASD

In autism spectrum disorder (ASD), this molecular pathology involves the upregulation of microglial, astrocyte and neural–immune genes, the downregulation of synaptic genes, and attenuation of gene-expression gradients in cortex. However, whether these changes are limited to cortical association regions or are more widespread remains unknown.

To address this issue, we performed RNA-sequencing analysis of 725 brain samples spanning 11 cortical areas from 112 post-mortem samples from individuals with ASD and neurotypical controls.

We find widespread transcriptomic changes across the cortex in ASD, exhibiting an anterior-to-posterior gradient, with the greatest differences in primary visual cortex, coincident with an attenuation of the typical transcriptomic differences between cortical regions.

Both rare and common ASD-associated genetic variation converge within a downregulated co-expression module involving synaptic signalling, and common variation alone is enriched within a module of upregulated protein chaperone genes.