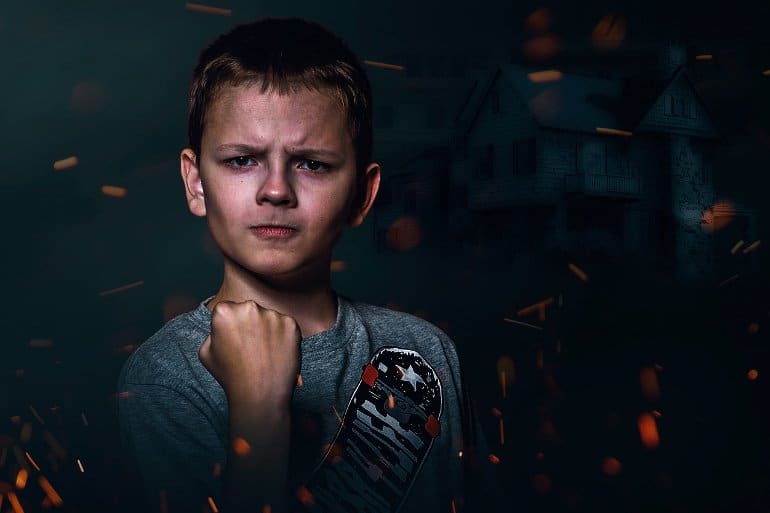 Summary: Children who bully others between the ages of 8 and 9 are more likely to commit violent offenses by the age of 31.

Children who bullied others at the age of 8–9 have higher hazard for committing violent offenses by the age of 31. This was shown in a Finnish Nationwide Birth Cohort Study conducted at the Research Center for Child Psychiatry at the University of Turku, Finland.

The relative hazard for boys who were frequent bullies to commit a severe violent offense such as homicide or aggravated assault during the follow-up period was almost three times as large as for the boys who never bullied.

Being a victim of bullying was not associated with an increased risk of committing violent offenses.

Boys and girls who were frequent bullies had an increased hazard for violent offenses as opposed to children who never bullied others. Image is in the public domain

The results were also not impacted by the bully’s possible other bullying experiences, such as being a victim of bullying.

“Our study showed an association between bullying and violent offenses both in men and women. These findings further confirm the previous notions that preventing bullying could possibly decrease violent offenses,” says researcher Elina Tiiri from the Research Center for Child Psychiatry of the University of Turku.

The study is part of a larger research project that aims to discover the connections between childhood psychosocial problems and mental health disorders, substance abuse issues, mortality, self-harming, criminality, life management, and marginalization in adulthood.

“The research project produces knowledge that helps us develop services, early interventions, and prevention,” says Professor of Child Psychiatry Andre Sourander from the University of Turku.

The research was based on extensive, nationwide epidemiological data collected in 1989 in Finland. At the time of the data collection, the participants were 8–9 years old. When the participants were 30–31 years old, the researchers extracted information about their violent offense suspicions from the Finnish National Police Register. The study, published in European Child & Adolescent Psychiatry, included 5,400 subjects.

This study explored the associations between bullying perpetration and victimization at 8 years of age and violent offenses by the age of 31. Data were obtained for subjects enrolled in a population-based longitudinal birth cohort study. In 1989, 5813 8-year-old children (attrition 3.4%), and their parents and teachers, were surveyed about bullying. When 5405 subjects (attrition 10.2%) were 15–31 years of age, violent offenses were extracted from the Finnish National Police Register.

We analyzed the data by sex and categorized bullying perpetration and victimization by frequency. Violent offenses were categorized by severity. Cox regression analyses estimated the hazard ratios (HRs) and 95% confidence intervals (95% CIs).

When they were compared to males who had not been bullies at 8 years of age, frequent male bullies had an increased hazard for violent offenses (adjusted HR 3.01, 95% CI 2.11–4.33) and severe violent offenses (adjusted HR 2.86, 95% CI 1.07–7.59) as adults, even when the data were controlled for them being victims, parental education level, family structure and child psychopathology.