Summary: Feeling lonely for extended periods of time was associated with more rapid memory decline in those aged over 65.

Prolonged loneliness in adults over 65 may be an important risk factor for accelerated memory aging, according to a new study led by University of Michigan School of Public Health researchers.

“We found that feeling lonely for a longer duration of time was associated with more rapid memory decline, suggesting that it is never too late in life to work on reducing feelings of loneliness to support healthy aging,” said Lindsay Kobayashi, assistant professor of epidemiology and senior author of the study published in the journal Alzheimer’s & Dementia: The Journal of the Alzheimer’s Association.

Kobayashi and colleagues analyzed interview data from more than 9,000 adults over age 50 from the U.S. Health and Retirement Study from 1996 to 2016. They evaluated participants’ cumulative durations of loneliness from 1996 to 2004 in relation to changes in memory function over the following 12 years from 2004 to 2016. 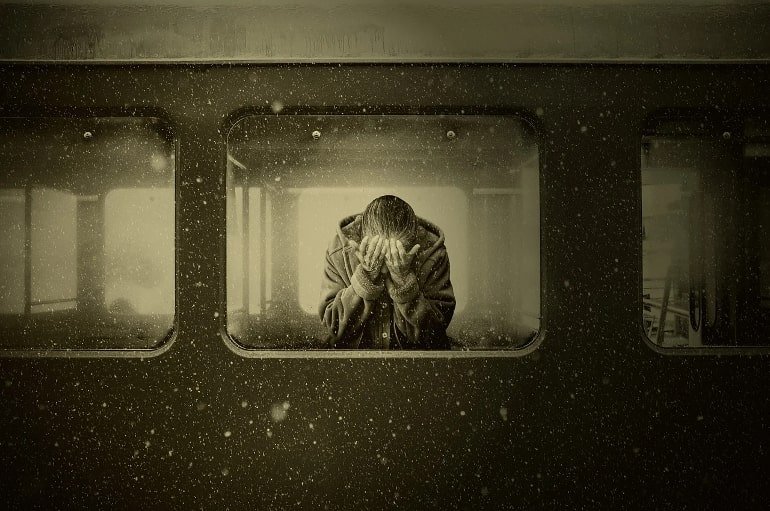 Prolonged loneliness in adults over 65 may be an important risk factor for accelerated memory aging. Image is in the public domain

Xuexin Yu, a doctoral candidate in epidemiology and lead author of the study, said the association between loneliness and memory aging was strongest in individuals aged 65 and over, with women experiencing stronger and faster memory declines than men.

“Women tend to have larger social networks than men, which may make women less likely to feel lonely than men, but more vulnerable once experiencing long-term loneliness,” Yu said. “Social stigma and the reluctance to admit loneliness may also be a factor in this observed gender-specific association.”

Loneliness and objective social isolation are important factors in the health of older adults, and researchers say that reducing loneliness in mid-to-late life may help maintain memory function for a longer duration.

In addition to Yu and Kobayashi, Ashly Westrick, postdoctoral fellow at U-M’s Center for Social Epidemiology and Population Health, is a co-author of the study.

Cumulative loneliness and subsequent memory function and rate of decline among adults aged ≥50 in the United States, 1996 to 2016

The study objective was to investigate the association between loneliness duration and memory function over a 20-year period.

Data were from 9032 adults aged ≥50 in the Health and Retirement Study. Loneliness status (yes vs. no) was assessed biennially from 1996 to 2004 and its duration was categorized as never, 1 time point, 2 time points, and ≥3 time points. Episodic memory was assessed from 2004 to 2016 as a composite of immediate and delayed recall trials combined with proxy-reported memory. Mixed-effects linear regression models were fitted.

Cumulative loneliness may be a salient risk factor for accelerated memory aging, especially among women aged ≥65.