Summary: Taking a short nap during the day can enhance memories of disturbing and fearful events, a new study reports.

Scientists from the Ural Federal University (UrFU) and the University of Tübingen (Germany) studied the effect of sleep on the formation and consolidation of fear memory into long-term memory.

Neuroscientists have found that a short nap enhances the memory for disturbing and fearful events, but a similar effect of enhancing memory was also observed after a period of wakefulness.

The results of the study will be useful for developing strategies for the rehabilitation of people who have received emotional trauma during natural disasters, military operations, and acts of violence.

Memory consolidation is the transition of memories from short-term memory to long-term memory. It occurs primarily during sleep.

Different studies show that sleeping after learning can have more positive effect than being passively awake. This happens through the reactivation of important memories, which may also be reflected in dreams. The positive effect of sleep can be observed even years later.

However, at the moment there are no studies that investigated whether sleep enhances fear memory.

The study tried to shed the light on the question what happens with fear memories after a period of sleep and wakefulness.

“Understanding the effect of sleep in situations where emotional trauma occurs is important for developing effective strategies for coping with disaster victims, people with panic or post-traumatic stress disorder.

“If we found that the effect of sleep on fear memory is similar to other types of memory, such as episodic memory (memory of life events), then it would be more beneficial for victims not to sleep after the trauma.

“In our experiments, we determined that a two-hour daytime nap reinforces the memories of fear learnt just before sleep. However, a similar effect was observed after wakefulness – watching an emotionally neutral movie or a computer gaming similarly enhances fear memories”, says Yuri Pavlov, co-author of the article, researcher at the laboratory of Neurotechnology of UrFU and the Institute of Medical Psychology and Behavioral Neurobiology at the University of Tübingen.

Before and after sleep, the participants went through a fear conditioning paradigm. The participants in the experiment first heard a neutral tone, and then it was always paired with a loud noise, another tone was never paired with the noise, says the scientist.

“After multiple pairings, the neutral stimulus evoked an equally strong emotional response on its own. Interestingly, people typically rate the loud noise as more unpleasant than even electric shocks, also often used in fear research. 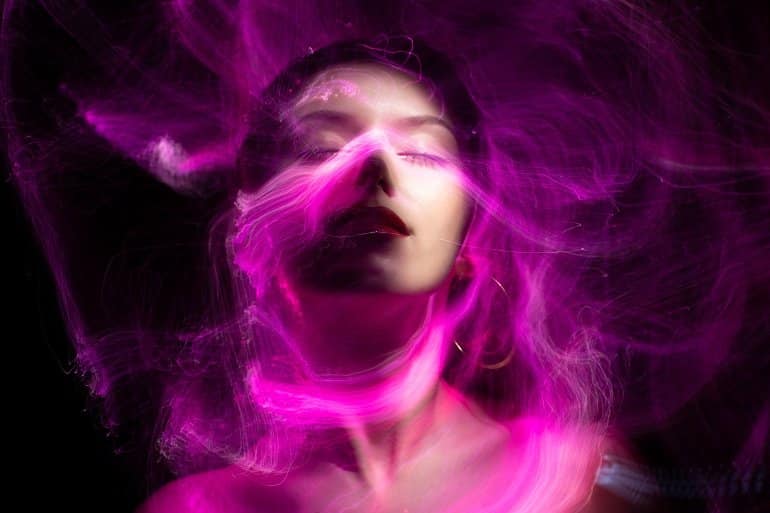 The neuroscientists have found that a short nap enhances the memory for disturbing and fearful events. Image is in the public domain

“The comparison between tones paired with the highly aversive noise and the other tone – ‘safe’ cue – allowed to investigate neural processes behind fear learning. We found that the neural signatures of fear learning enhanced after a nap, and in equal measure after short rest” – explains Yuri Pavlov.

The fear conditioned responses were studied by electroencephalography before and after a 2-hour daytime nap or an equal period of wakefulness in 18 healthy young people. The researchers are now moving the study to the clinic, where they plan to test patients in a vegetative state and a minimally conscious state to determine how sleep will affect their levels of anxiety and the formation of fear memories. They also note that further study of the effect of a longer sleep period is needed.

Anxiety disorders, such as panic, post-traumatic stress disorder (PTSD), or specific phobias, occur in response to stress. They are characterized by a constant feeling of anxiety and fear, which can increase over time.

Memory consolidation is the process of transforming primary labile memories into a stable long-term form. Studies of declarative (memory for facts), episodic (memory for life events), and procedural (memory for skills) memory show that sleep after learning has a positive effect.

A person’s sleep cycle is typically approximately 1.5 hours long. At night, people sleep from 4 to 6 cycles, during the day they rarely sleep for more than one full cycle.

Fear memory in humans is consolidated over time independently of sleep

Fear memories can be altered after acquisition by processes, such as fear memory consolidation or fear extinction, even without further exposure to the fear-eliciting stimuli, but factors contributing to these processes are not well understood. Sleep is known to consolidate, strengthen, and change newly acquired declarative and procedural memories.

However, evidence on the role of time and sleep in the consolidation of fear memories is inconclusive.

We used highly sensitive electrophysiological measures to examine the development of fear-conditioned responses over time and sleep in humans.

We assessed event-related brain potentials (ERP) in 18 healthy, young individuals during fear conditioning before and after a 2-hour afternoon nap or a corresponding wake interval in a counterbalanced within-subject design. The procedure involved pairing a neutral tone (CS+) with a highly unpleasant sound.

Differential fear conditioning during acquisition was evidenced by a more negative slow ERP component (stimulus-preceding negativity) developing before the unconditioned stimulus (loud noise). This differential fear response was even stronger after the interval during reacquisition compared with initial acquisition, but this effect was similarly pronounced after sleep and wakefulness.

These findings suggest that fear memories are consolidated over time, with this effect being independent of intervening sleep.