Summary: Middle-aged and older adults with depression may be more vulnerable to the effects of dietary inflammation, increasing the risk of frailty and other health disorders.

A new study published in The Journal of Gerontology: Medical Sciences found a link between depression, diet, and the development of frailty.

Frailty, defined as a recognizable state of increased vulnerability resulting from a decline in function across multiple physiological systems, affects 10-15% older adults and often co-occurs with other health conditions, like depression. Diet is thought to be a major contributor to frailty development.

While previous studies established a link between an inflammatory diet – including artificial trans fats (like partially hydrogenated oil), refined carbohydrates, and saturated fats – and the risk of development frailty, this is one of the first studies to try to understand the impact of depression on dietary inflammation and frailty.

Titled, “Association of pro-inflammatory diet with frailty onset among adults with and without depressive symptoms: results from the Framingham Offspring Study,” the study attempted to determine if individuals with depressive symptoms are more vulnerable to frailty development in response to dietary inflammation.

The study utilized data from the Framingham Heart Study Offspring cohort. The 1,701 non-frail participants reported their diet and depressive symptoms at baseline and were followed for ~11 years when frailty status was reassessed.

The study found an association between inflammatory diet and increased odds of frailty appeared somewhat stronger among those with depressive symptoms.

The researchers hypothesize that since individuals with depressive symptoms typically have higher levels of inflammation, adding dietary inflammation on top of that accelerates the development of frailty.

“Our exploratory data also suggests that when middle-aged and older adults consume a pro-inflammatory diet, they are more likely to newly develop depressive symptoms and frailty at the same time rather than develop either condition alone,” she added. 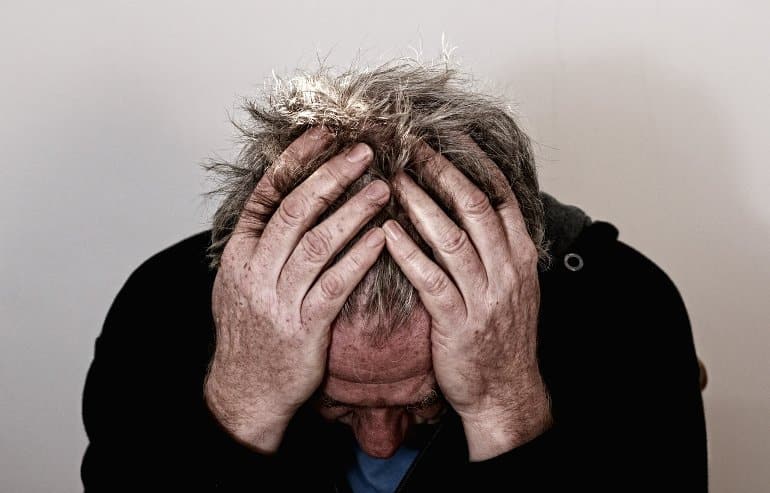 Diet is thought to be a major contributor to frailty development. Image is in the public domain

“This study contributes to the understanding of the relationship between dietary inflammation, depression, and frailty,” Dr. Millar said.

“For those with depression, it may be even more important to increase their intake of fruits and vegetables that are rich in fiber, flavonoids as well as other dietary antioxidants.”

The Framingham Heart Study, Massachusetts General Hospital, and the University of South Carolina collaborated on this observational study.

Funding: This study was primarily funded by the National Institute of Aging (NIA) (grant no. T32-AG023480), the Beth and Richard Applebaum Research Fund, as well as the Boston Claude D. Pepper Center OAIC (OAIC; 1P30AG031679).

Association of pro-inflammatory diet with frailty onset among adults with and without depressive symptoms: results from the Framingham Offspring Study

The association between inflammatory diet and increased odds of frailty appeared somewhat stronger among those with depressive symptoms. This preliminary finding warrants further investigation.