Summary: Findings reveal a link between childhood deprivation and impulsivity and addiction later in life.

Children who have experienced deprivation are more likely to make more impulsive choices than those who don’t and can lead to addictions in later life – research has shown.

‘Trait impulsivity’, the preference for immediate gratification, has been linked to spending more on food, especially unhealthy, highly calorific food. Studies have shown that children who experience poverty and food insecurity tend to have a higher body-mass index as adults than those who do not.

Researchers from the School of Psychology at Aston University found a link between deprivation in childhood and impulsive behavior – leading to addictions later in life. The findings, which are a culmination of six years of research, also found a further link between impulsivity, obesity and the cost of living crisis.

Professor Richard Tunney, head of the School of Psychology at Aston University, published a study in Scientific Reports earlier this year where he showed that children who experience deprivation make more impulsive choices than children who don’t.

Children were given a choice between taking home a small amount of money (for example, £1) or getting £10 a week, or even more a year later. How long a person is willing to wait for the larger amount of money can be used to calculate a ‘discount rate’ that shows how much the waiting time reduces the value of the money.

An impulsive person might prefer £1 now because the value of £10 in six months is ‘discounted’ to less than £1 right now. This means that, for them, the £10, is discounted by £9 over the six-month wait.

A less impulsive person might be willing to wait six months for £10, but not wait for a whole year for £15. This means that, for them, the value of the £15 is discounted by £5 over the additional six-month wait. This discount rate is a measure of how impulsive someone is.

“This preference for immediate outcomes is a stable personality trait that remains constant throughout a person’s life.”

However, in the research team’s most recent study published by the Royal Society, they investigated impulsivity in over 1,000 older adults aged between 50 and 90.

The study found that older adults living in the most deprived areas showed the same preference for smaller-sooner financial outcomes as the children in the first study. 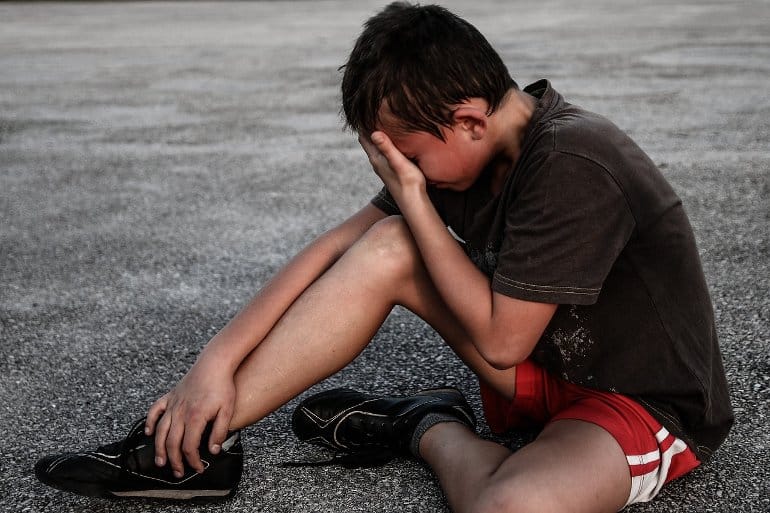 The study found that older adults living in the most deprived areas showed the same preference for smaller-sooner financial outcomes as the children in the first study. Image is in the public domain

“People who experience deprivation as children are more likely to choose to do things that, although they might be pleasurable in the short term, are unhealthy in the long run. This includes overeating, taking drugs, smoking cigarettes and gambling.

“We know too, that impulsivity can help to explain why some people go on to become addicts, while other people can avoid some of the more harmful effects of drugs and alcohol.

“Deprivation is one of many factors that can lead to impulsive behaviour throughout a person’s lifetime. Genetics also plays a role in impulsivity. Policymakers can’t do anything about a person’s genes but they can influence the nation’s long-term mental and physical health by minimising child poverty. Failing to do so will have long-term implications for the children living through today’s cost of living crisis.”

Individual differences in decision-making: evidence for the scarcity hypothesis from the English Longitudinal Study of Ageing

We report the results of a pre-registered analysis of data from the English Longitudinal Study of Ageing that was designed to test the hypothesis that economic scarcity is associated with individual differences in decision-making.

We tested this hypothesis by comparing time preferences for different socio-economic groups and in geographical areas ranging from the most deprived to the least deprived in England using the English indices of multiple deprivation.

We discuss these results in the context of theoretical models of scarcity-based models of choice behaviour and decision-making.