Diets high in guar gum, a common food additive and dietary fibre, limited inflammation and delayed the onset of multiple sclerosis (MS) symptoms in mice, according to new research by members of the University of British Columbia (UBC) Microbiology and Immunology department.

“The rapid increase of autoimmune and inflammatory disorders in industrialized countries in the last few decades indicates dietary choices are one environmental factor contributing to incidence,” said Dr. Lisa Osborne, senior researcher on the study and an assistant professor with UBC Microbiology and Immunology.

“Dietary fibres are potent modulators of immune responses and can control inflammation in multiple diseases, but they’re a very biochemically diverse family. Our study gives us a clearer window into the potential of several sources of fibre in maintaining immune health.”

Dr. Osborne and colleagues exposed groups of mice to a variety of diets—a control five percent cellulose fibre diet, a diet entirely lacking in dietary fibre, or diets enriched (30%) with fibre in either resistant starch, inulin, pectin, or guar gum. Quar gum was the only fibre type that significantly limited the MS-like symptoms.

Guar gum—guaran—is extracted from guar beans, and is often used as an additive to thicken and stabilize food and animal feed, and in industrial applications. India and Pakistan are major growers of the bean.

“Guar beans aren’t that common in western diets, and the gum isn’t used at these high levels as an additive in the west,” says Naomi Fettig, first author on the study and a PhD student with the Department of Microbiology and Immunology at UBC. 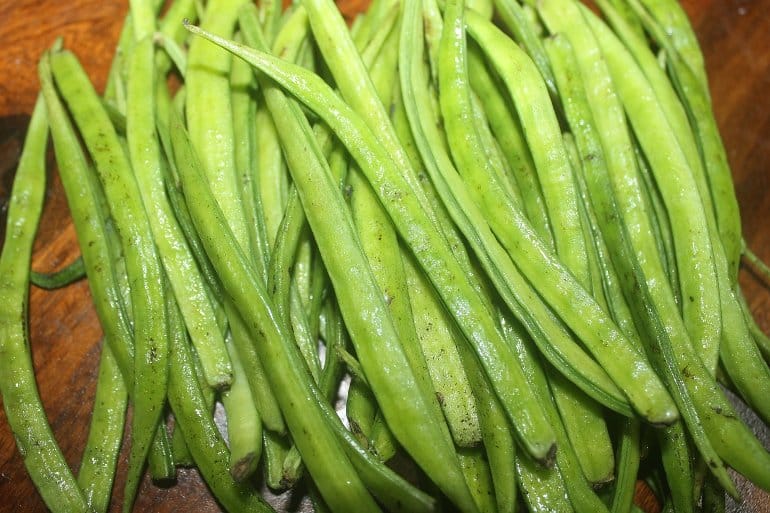 Guar gum—guaran—is extracted from guar beans, and is often used as an additive to thicken and stabilize food and animal feed, and in industrial applications. Image is in the public domain

“Experts have consistently been saying fibre is good for you—and a variety of fibre sources is important to immune health—but there hasn’t been very much critical work into identifying how the body responds to different fibre types. It’s fascinating that this particular source has such an impact.”

In the US and Canada, the average daily intake of fibre is 15 grams—current recommendations are double that at 30 grams. The recommended values don’t take into account any specific fibre type.

“Incorporating guar beans might be challenging to achieve at the doses we gave to mice,” says Dr. Osborne. “But a guar gum derivative, partially hydrolyzed guar gum, is commercially available as a prebiotic.”

After the gum is broken down by the microbiota of mice, the resulting molecules appeared to reduce the activity and proliferation of a type of CD4+ T cells, Th1 cells, that play a key part in activating the autoimmune response. It’s that response that leads to MS-like symptoms in mice.

The effects of fibre on Th1 cells remained largely unknown prior to this study, and these findings suggest that the biochemical differences in fibre structures can influence diverse immune pathways.

Dr. Osborne and her lab now want to explore the potential benefits in humans—including developing a more detailed understanding of the molecular picture, which might help design therapeutics that offer the benefits of such high guar gum diets in a more practical form.

Dietary fibers are potent modulators of immune responses that can restrain inflammation in multiple disease contexts.

However, dietary fibers encompass a biochemically diverse family of carbohydrates, and it remains unknown how individual fiber sources influence immunity.

In a direct comparison of four different high-fiber diets, we demonstrate a potent ability of guar gum to delay disease and neuroinflammation in experimental autoimmune encephalomyelitis, a T cell-mediated mouse model of multiple sclerosis.

Guar gum-specific alterations to the microbiota are limited, and disease protection appears to be independent of fiber-induced increases in short-chain fatty acid levels or regulatory CD4+ T cells. Instead, CD4+ T cells of guar gum-supplemented mice are less encephalitogenic due to reduced activation, proliferation, Th1 differentiation, and altered migratory potential.

These findings reveal specificity in the host response to fiber sources and define a pathway of fiber-induced immunomodulation that protects against pathologic neuroinflammation.